Up the Western Shore Day 4

NOAA weather forecast more strong winds from the northeast. Rain was in the three day and having had decided against attempting to cross the bay to Smith Island... I opted to run back down retracing my northern track. I set out just after daybreak at the end of a falling tide and once past the protective point of land waves set in. Lining up parallel to my intended course, Annie yawed heavily in the steep chop. I fell off but with short wave intervals and tops breaking more frequently that I felt safe, I decided to turn back.

One thought was to try and catch a ride to Gwynns Island, retrieve the trailer and pull out somewhere around Reedsville. I decided to explore the Great Wicomico and look for a ramp. Caught a beam reach and wound up to the bridge at Tipers where the chart noted a ramp. It was not to be found, only a yacht basin with a travel lift. Drifting along the protected windward shore I made my way back to Cockrells Creek and tied up at Fairport Marina where  had first landed the day before.


I visited David and Sheila aboard Mundy Point. They were readying for the Blessing of the Fleet and I took them up on their invitation to go out on the 65 footer. There friends gathered and we all set out in the creek as other, mostly commercial, boats appeared. What a collection of Chesapeake fishing craft! Filled with families that seemed to know each other. Although cold, it was a great opportunity to get to see them and get a play-by-play by my new friends.

When we docked, the food started coming out. Lots of it. They were generous, feeding folks on other boats if the came by. As it broke up there was a loose plan for me to grab a ride south at 3am with a couple of fisherman on the way to Mathews. 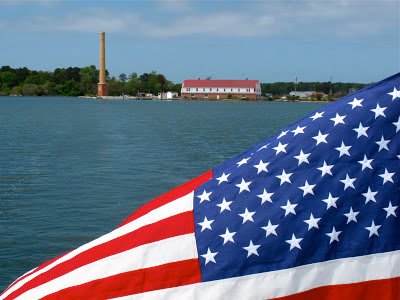 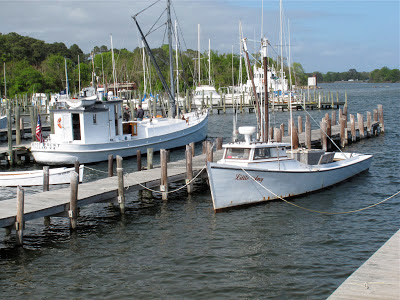 Posted by Curt at 12:18 PM
Email ThisBlogThis!Share to TwitterShare to FacebookShare to Pinterest