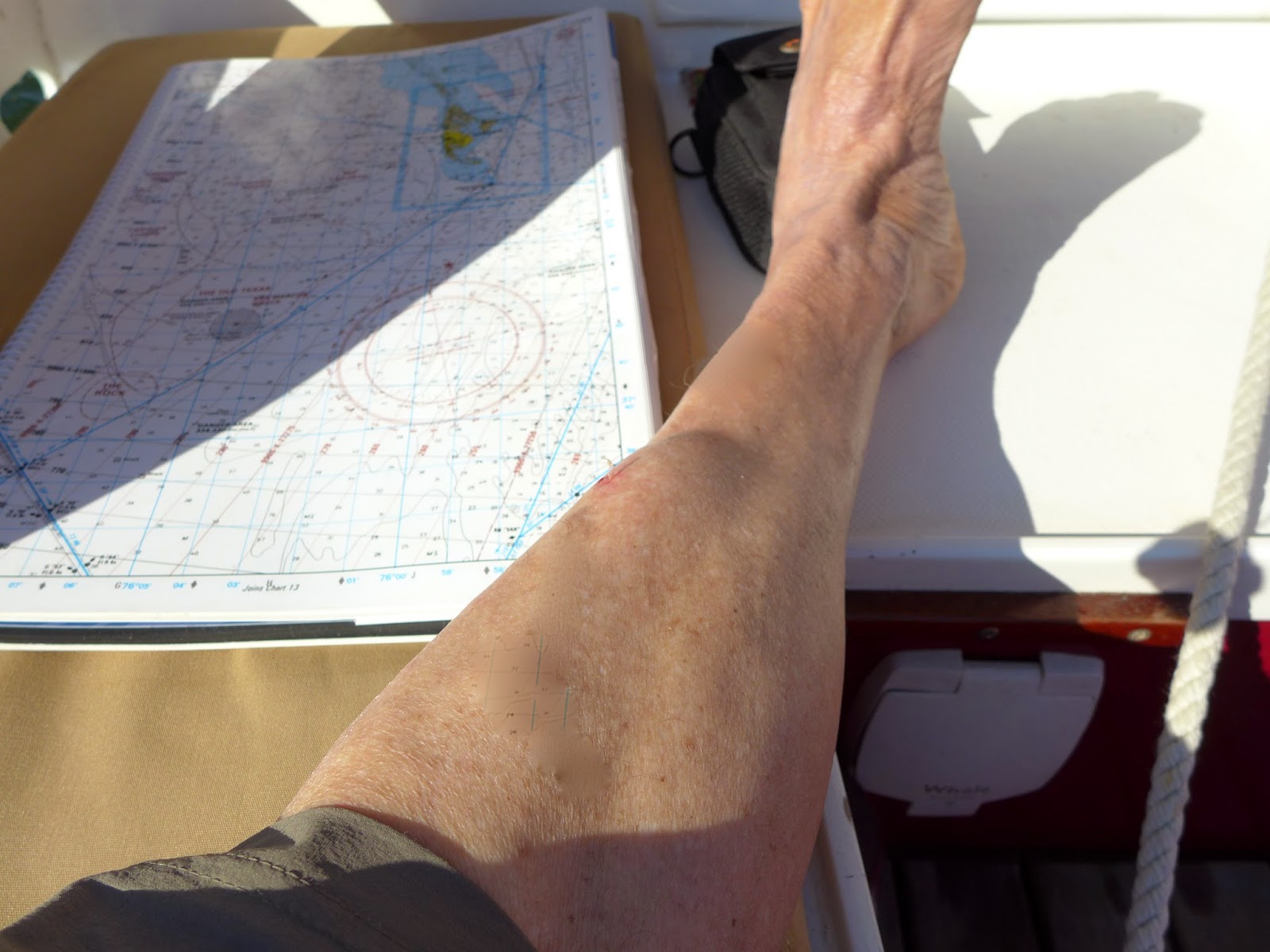 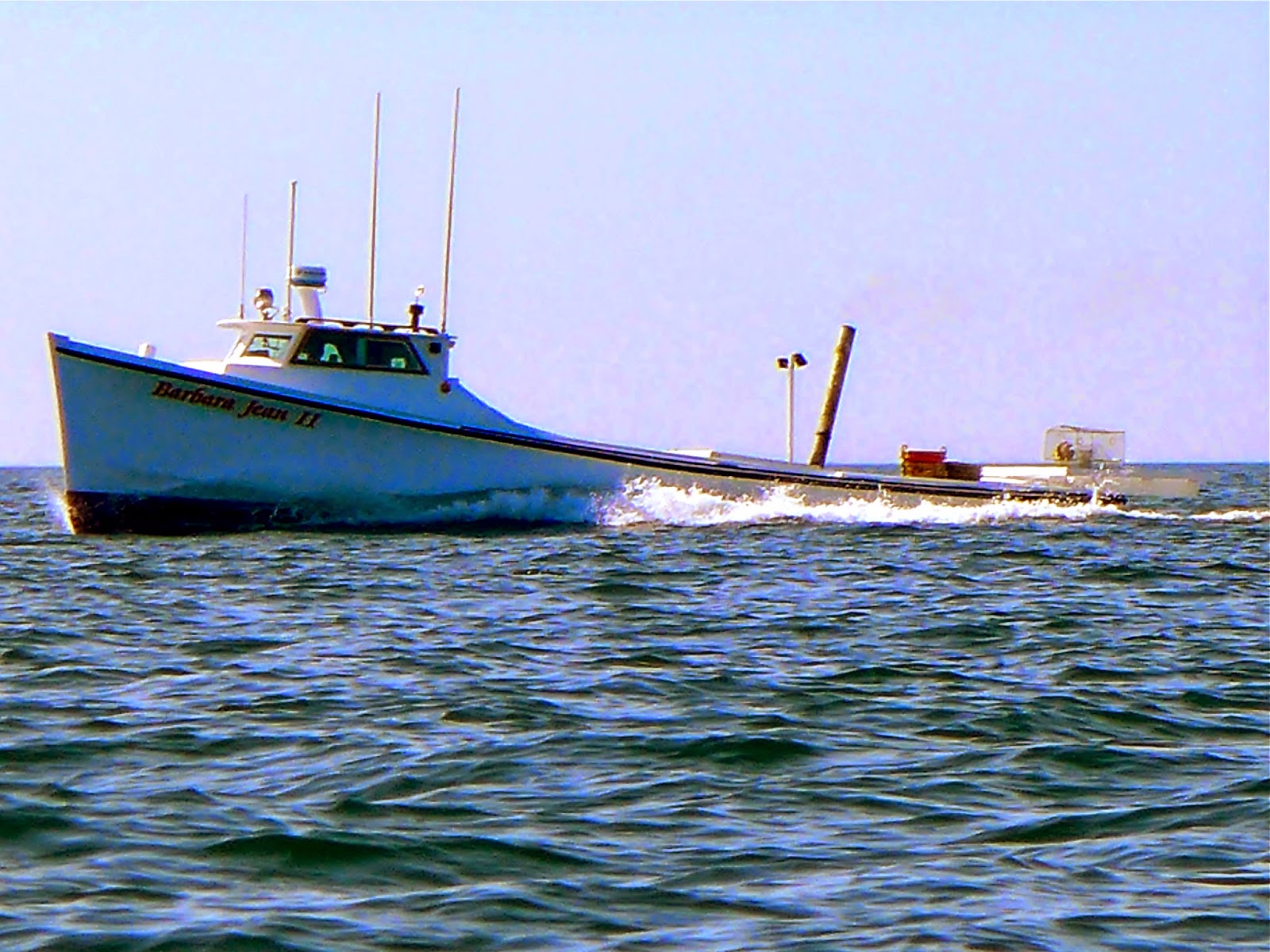 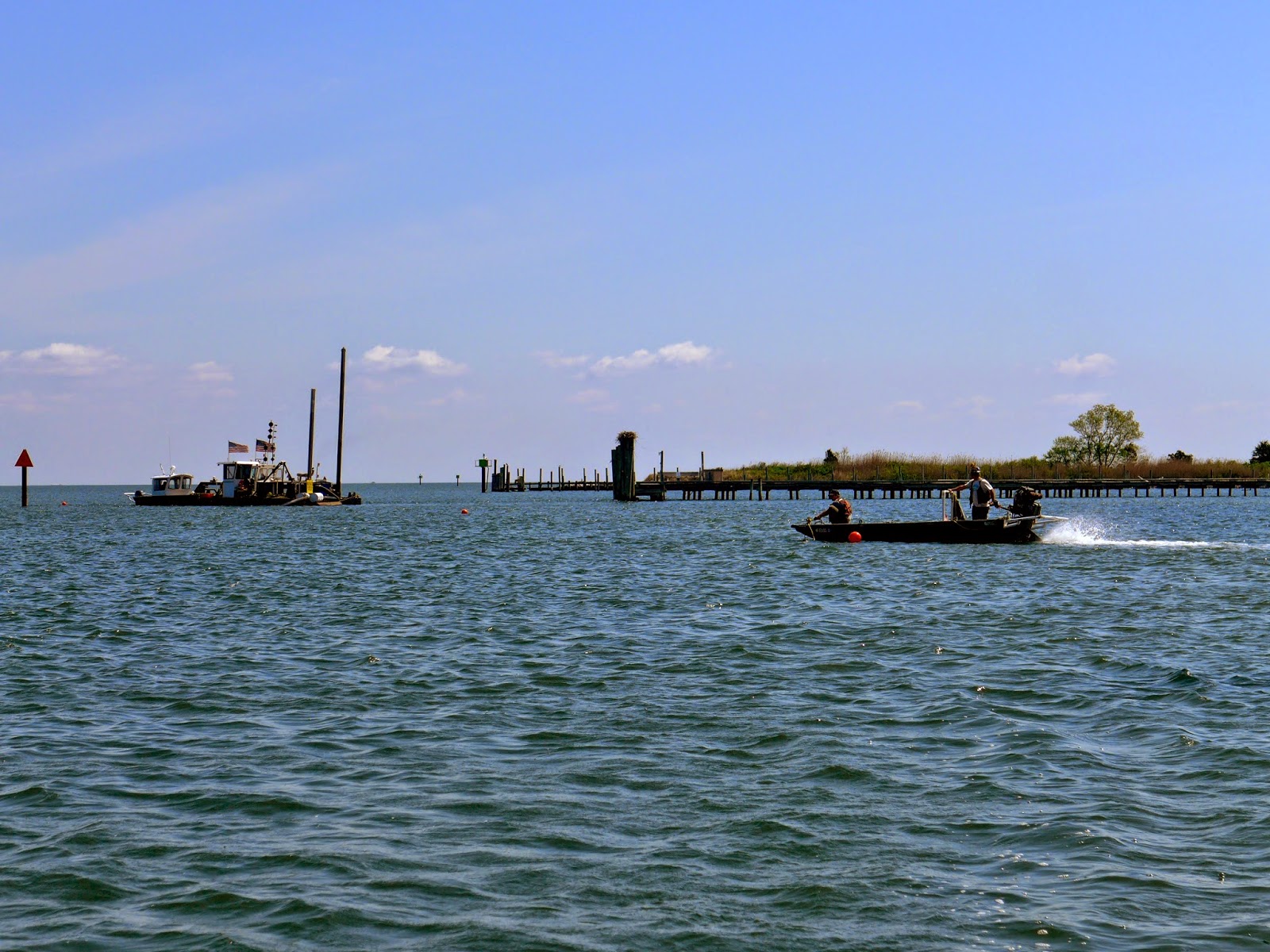 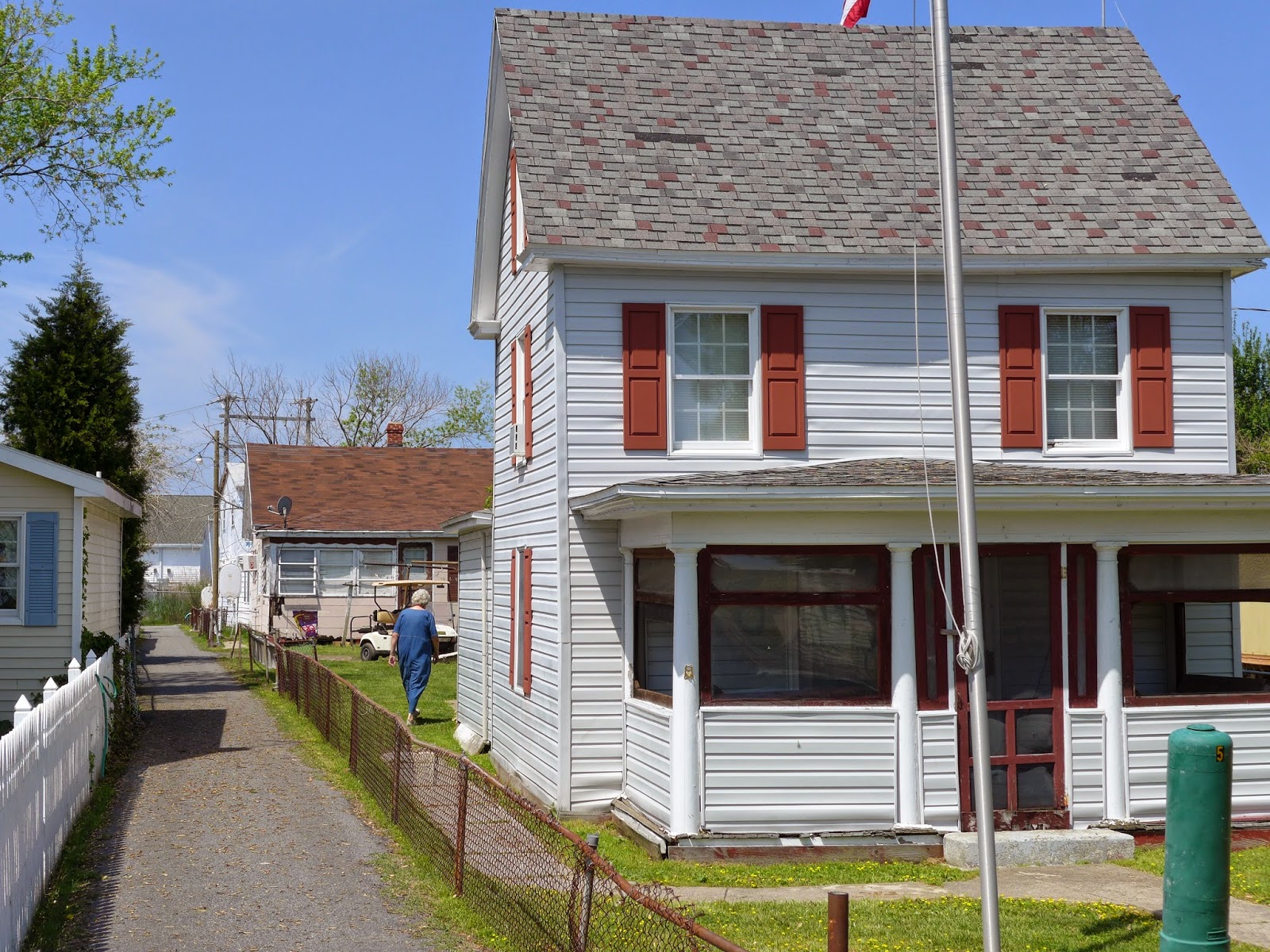 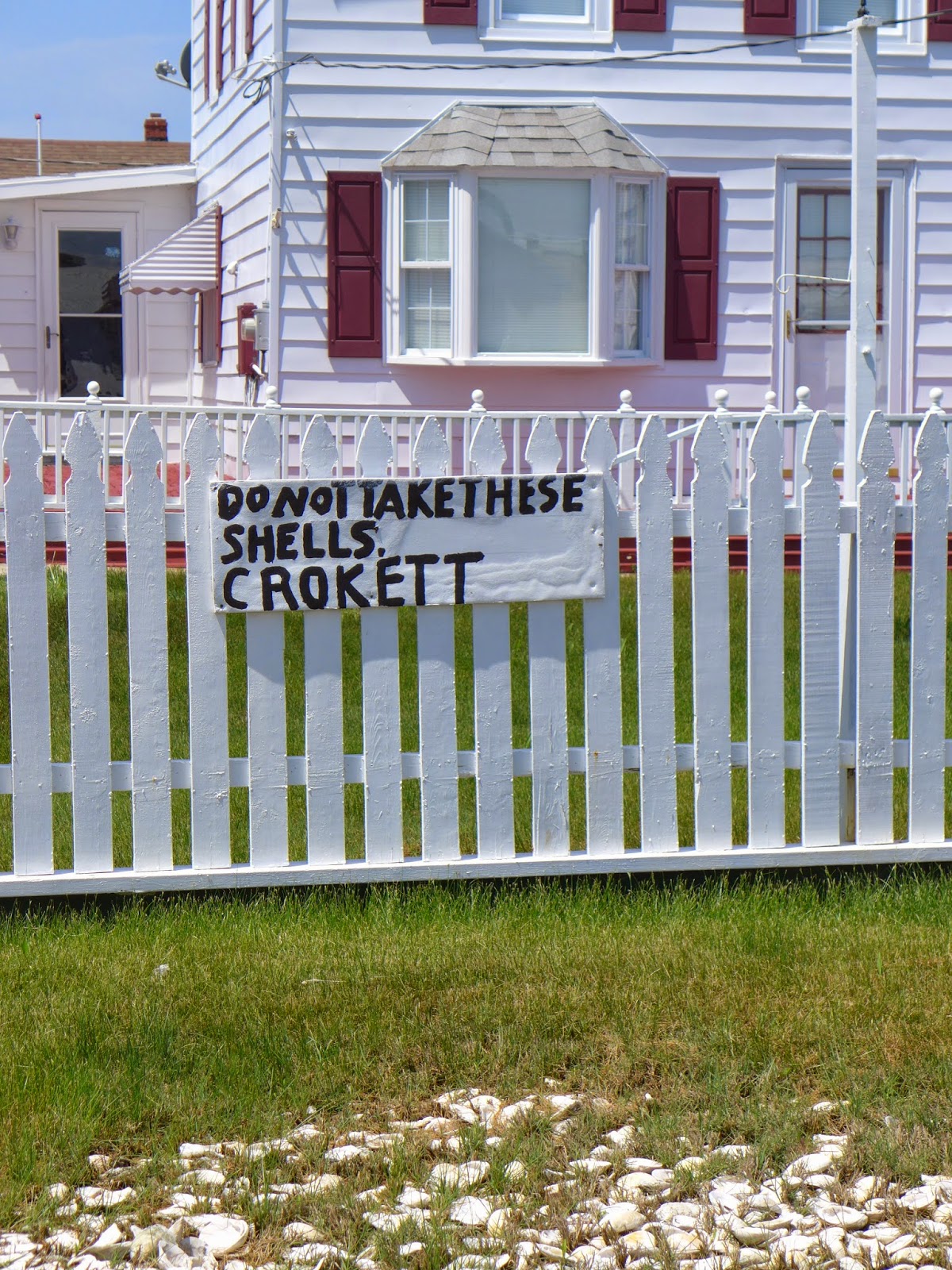 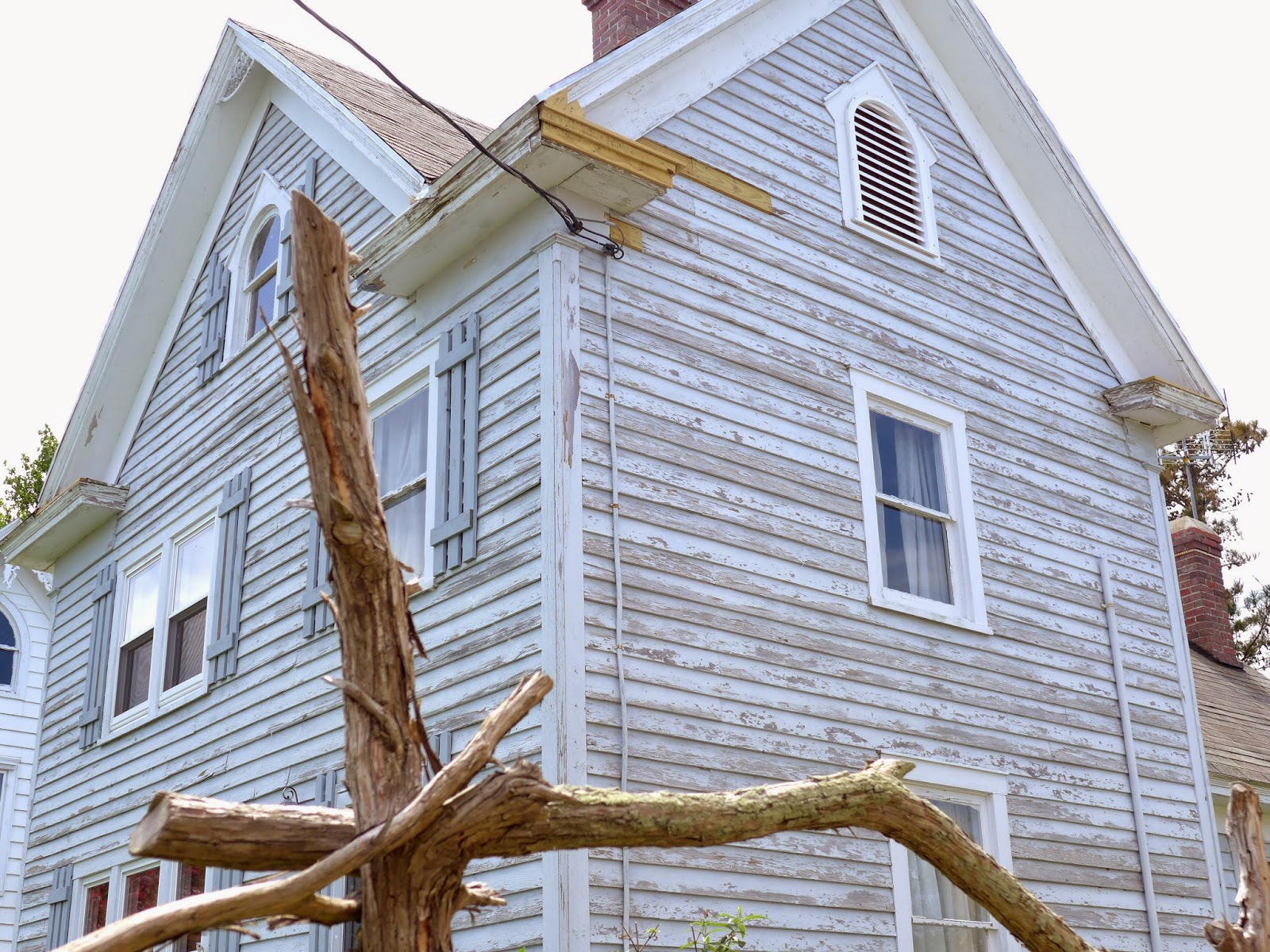 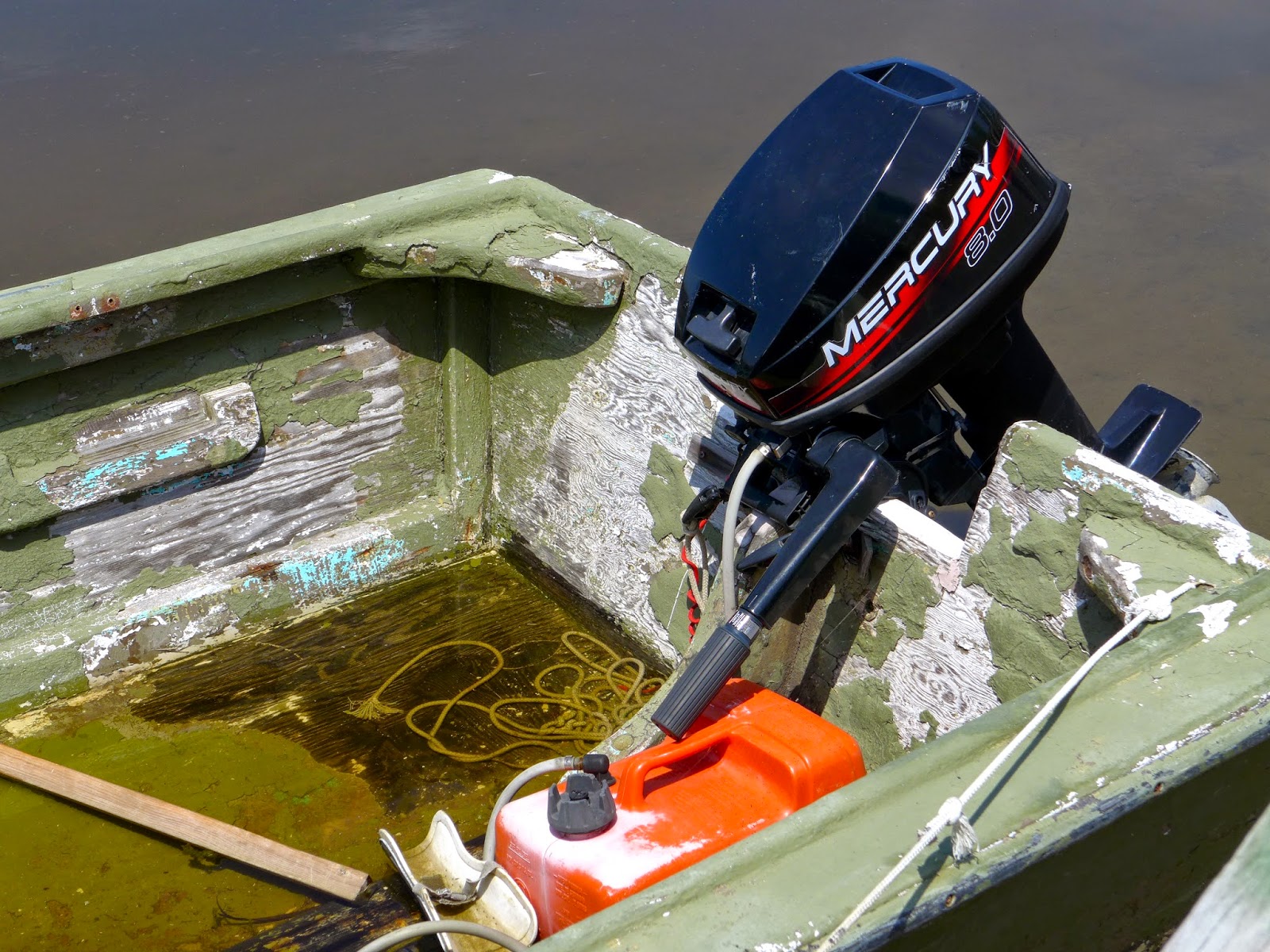 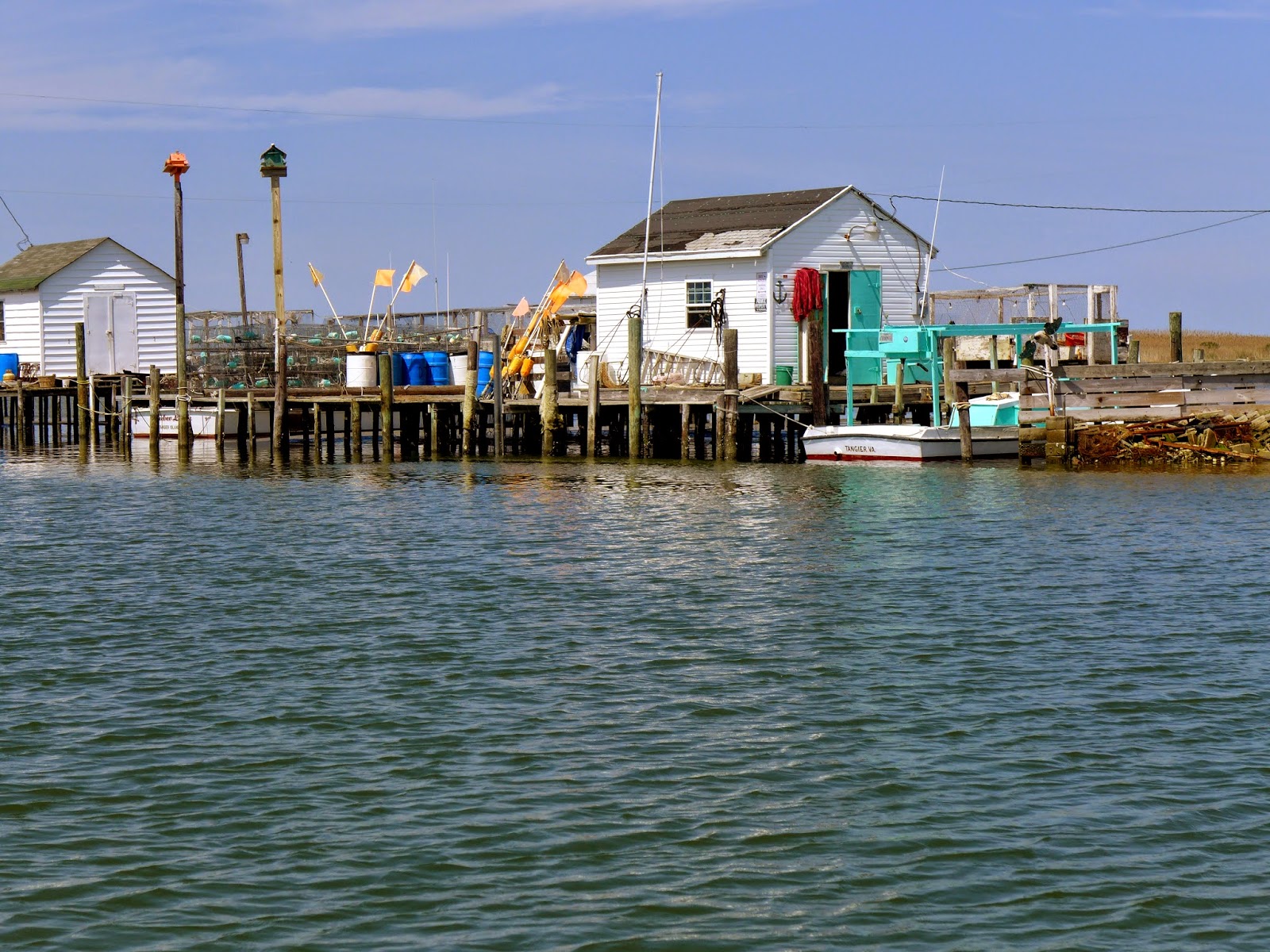 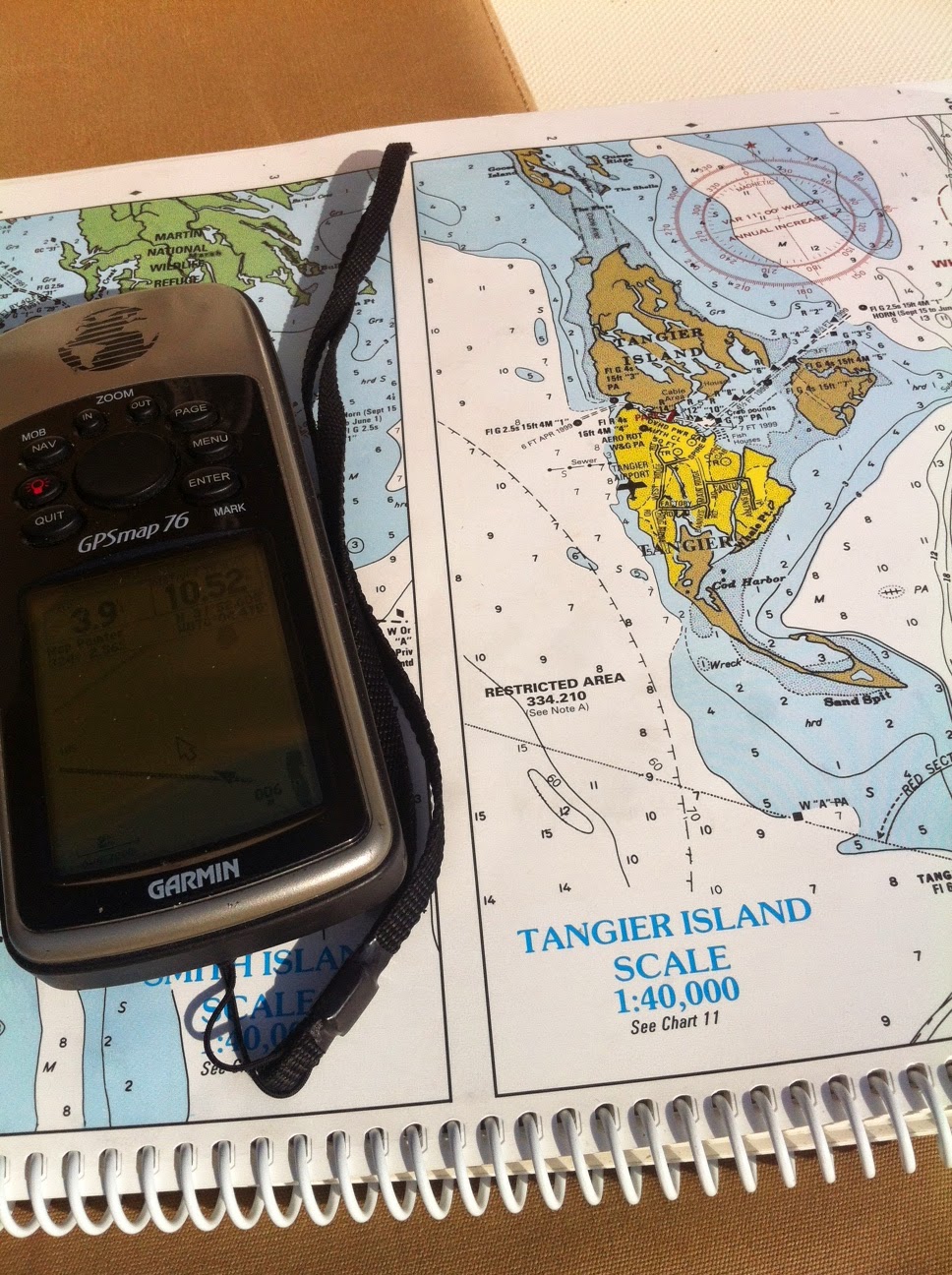 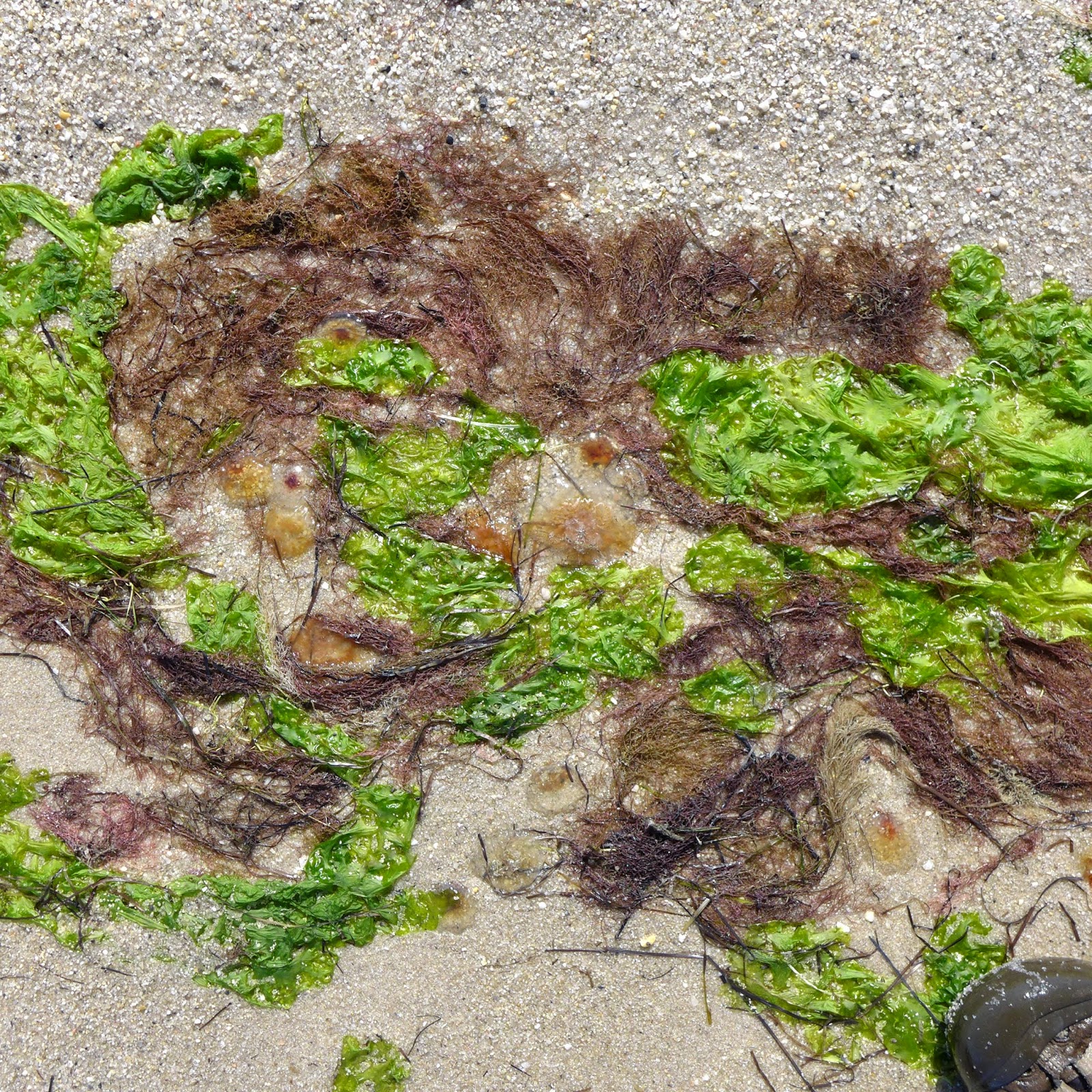 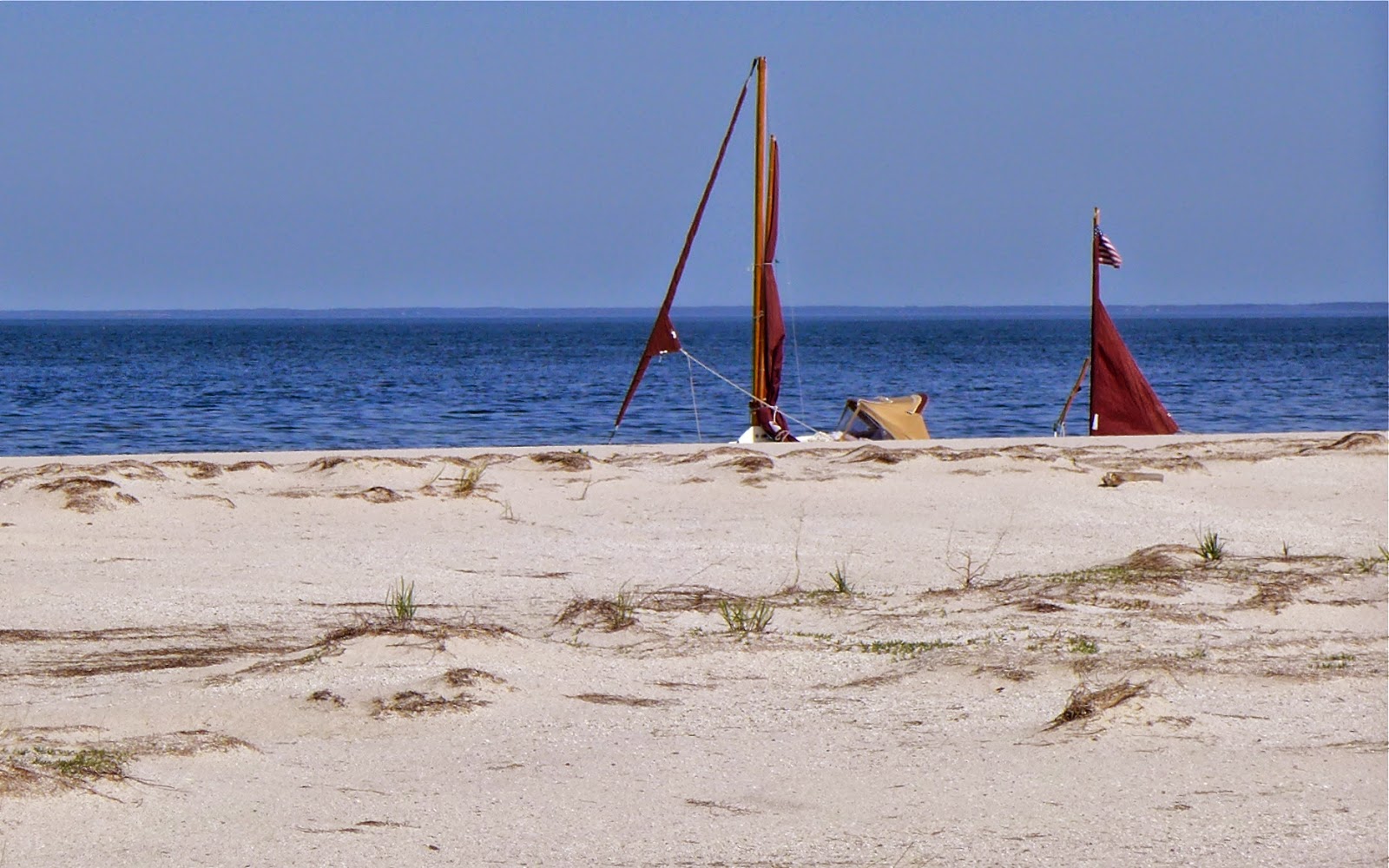 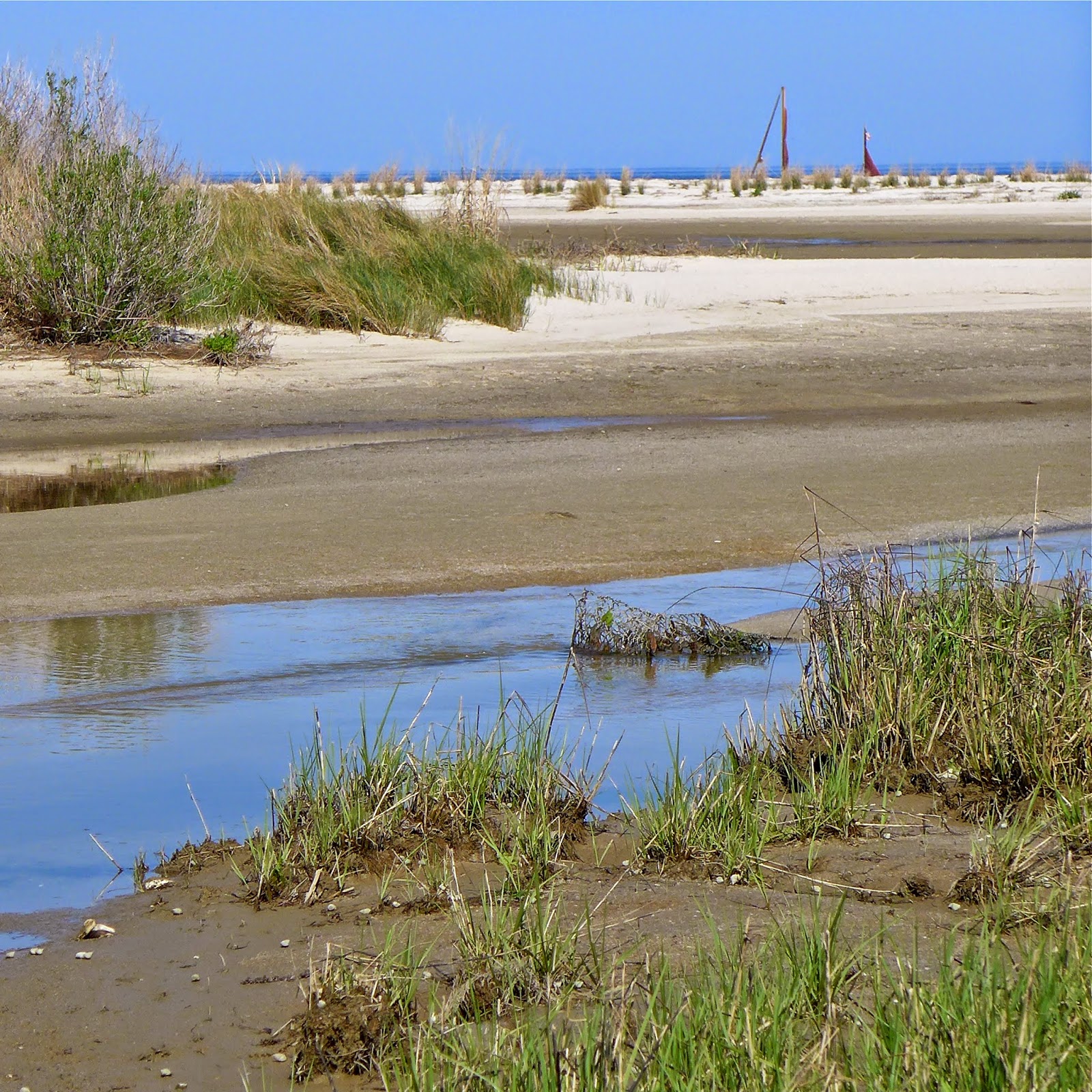 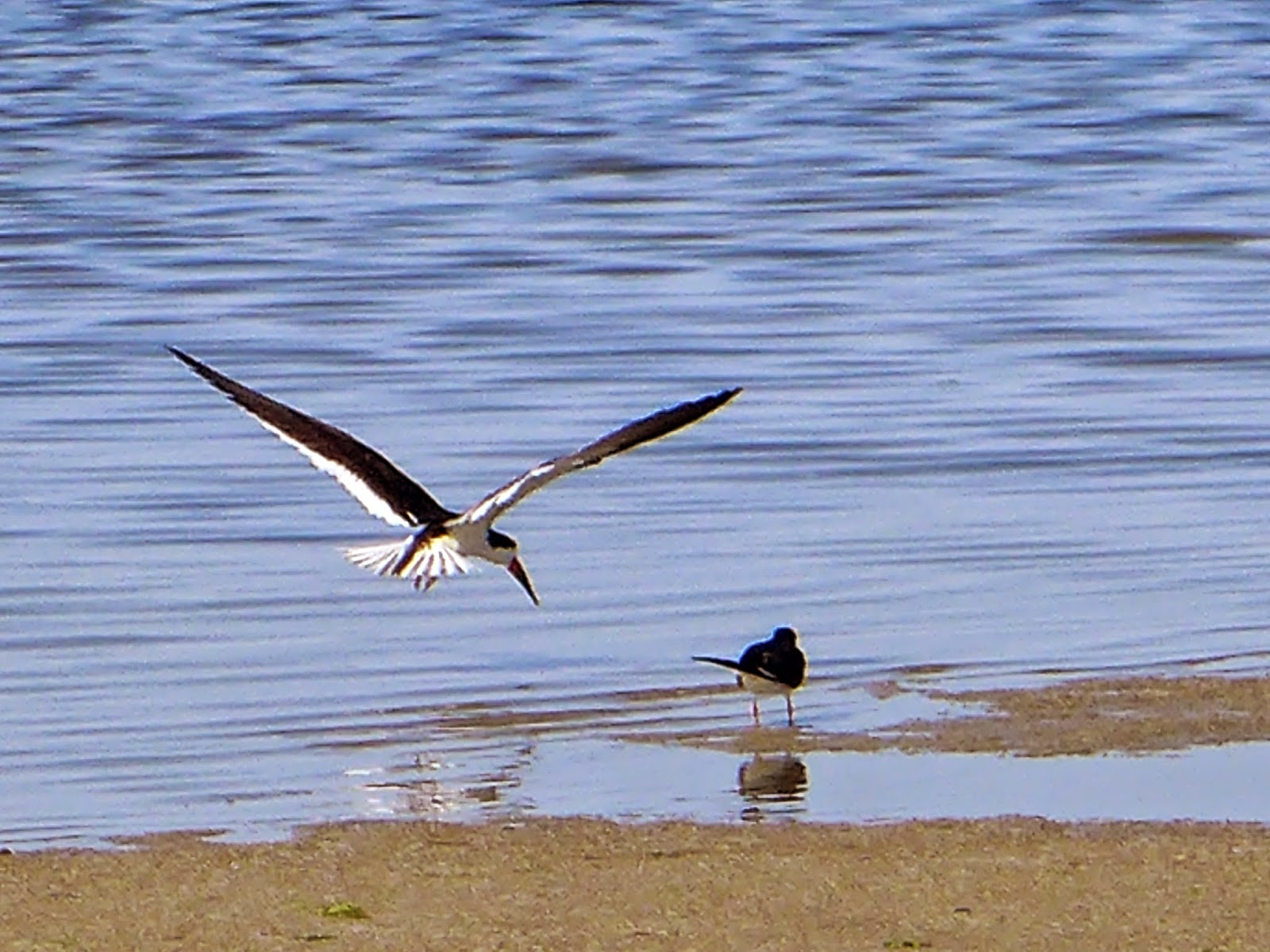 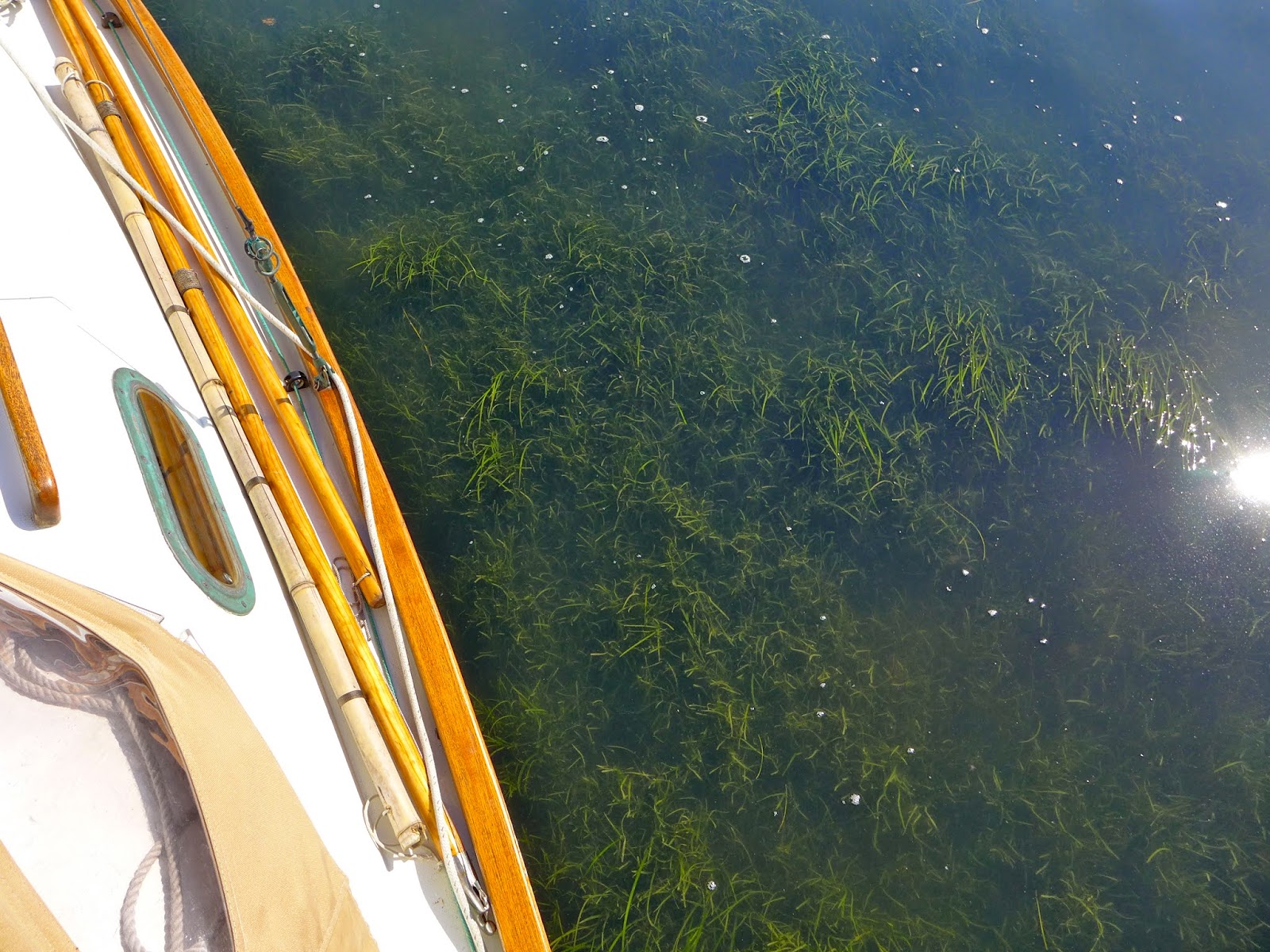 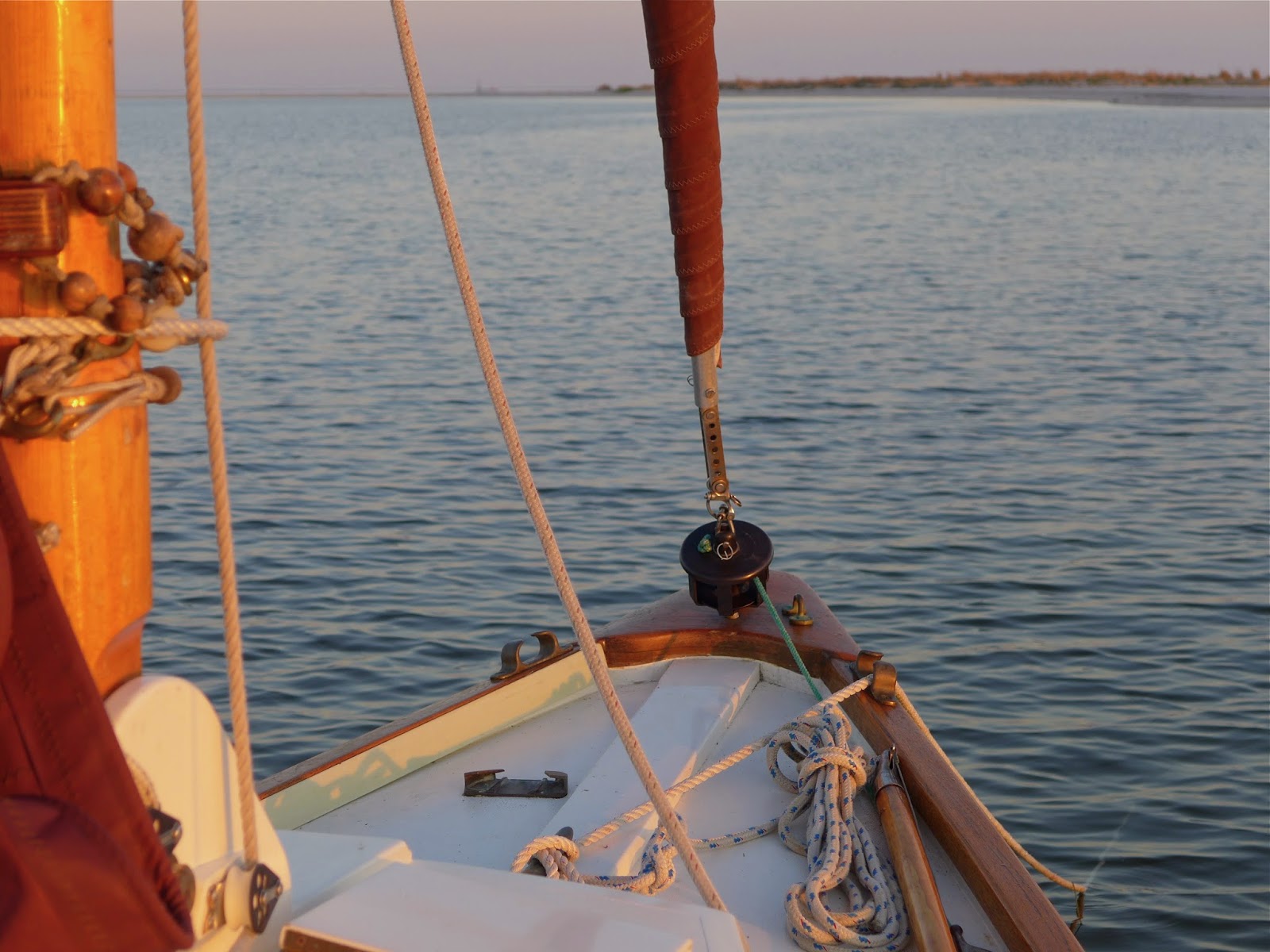 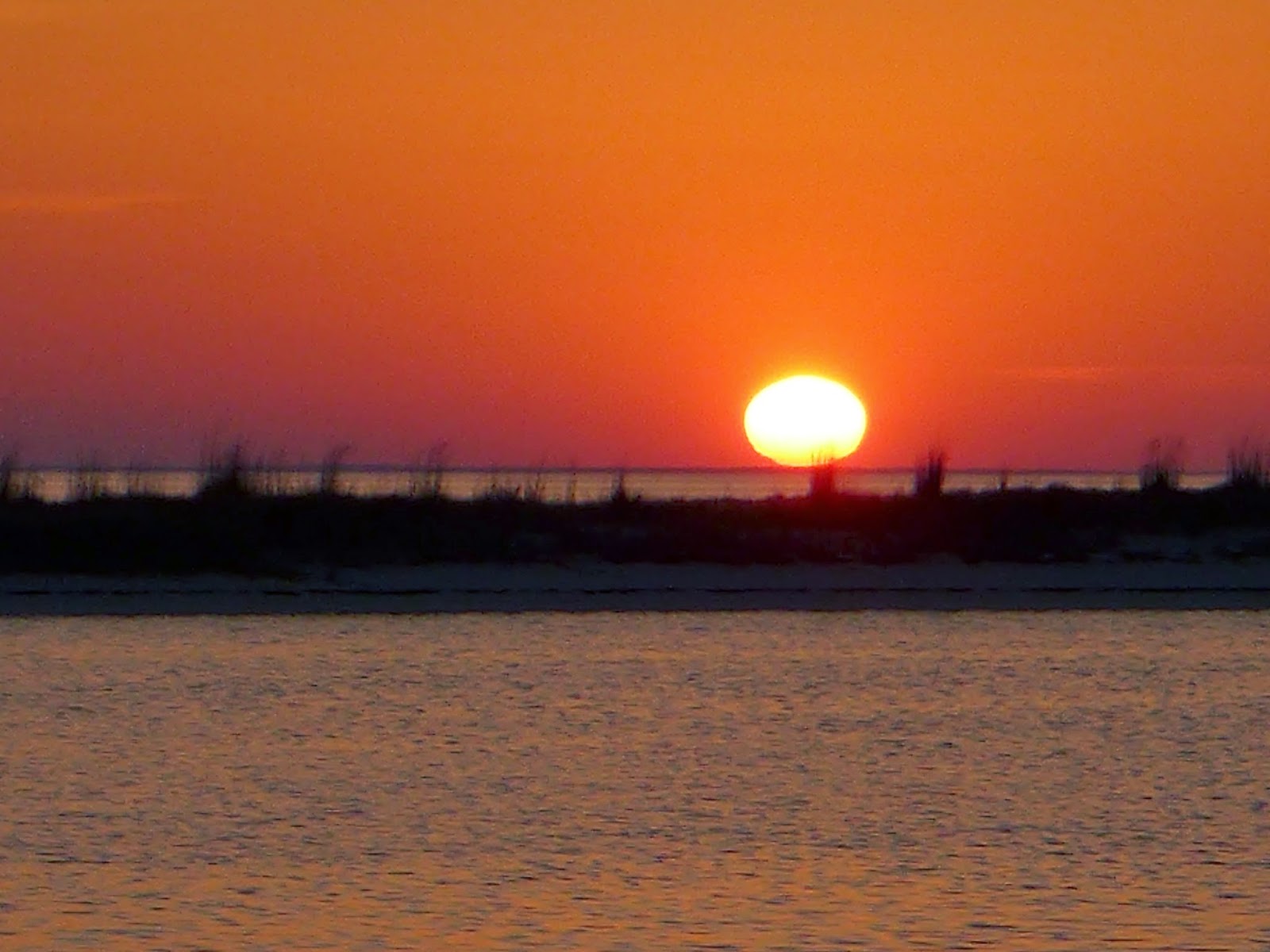 As the sun set and the tide rose I anchored out in deeper water to insure that leaving in the morning wouldn't be delayed. If the truth be told... staying around wouldn't have been the worse thing.
Posted by Curt at 2:32 PM 2 comments:
Email ThisBlogThis!Share to TwitterShare to FacebookShare to Pinterest

Day 5
As the forecast looked good for the next few days before it called for higher seas on the Bay later in the week, I decided to head back south to Smith Island for the return. Mike and Kevin Mac decided to return at the same time to Janes Island where they had launched at the state park. As we rounded the point we started beating into the SW wind. Annie's main was reefed and she made good way to windward.

As I tacked I notice that Kevin had reached north and soon out of sight. I assumed that they had had a change of plan and were going to explore. It was the last I saw of them.

After a couple of hours I rounded Deal Island and headed SSE on a reach. Janes Island is separated from the mainland by a canal. Motoring down it was hot and very buggy. After tying up at the park campground I walked around and decided to continue south in search of a cooler anchorage.

Reaching Crisfield, a well-known fishing town, I tied up to a restaurant in Somers Cove, the inner harbor. A couple helped me and invited me to sit with them. Still too early for crabs, I went for another piece of flounder. Just as it came we looked south to a darkening sky. A squall line was approaching and I immediately decided to move off the dock in the storm's lee.

Quick work and little time but to motor across the harbor and drop anchor, pay out scope, sheet hard the mizzen and duck behind the dodger. It was fierce being pummeled by rain and lurched before 35-40 knot wind. In 5-10 minutes it was over.

I returned to the restaurant and retied with the help of my new friends Melissa and Mike. They had moved my dinner and I finished pretty much soaked. I owe a lot to them... they are good people.

That evening an email came from Mike (with Kevin). They had been behind me as I left the campground hoping I had made shelter. In a way I did.

I anchored across the harbor for the night... with protection from the south!

Posted by Curt at 1:46 PM No comments:
Email ThisBlogThis!Share to TwitterShare to FacebookShare to Pinterest

My good friend Steve is anchored tonight in East Bluff Bay on the western shore of the Pamlico Sound of North Carolina. That location is about 20 miles NNW of Ocracoke on the Outer Banks. I checked Windfinder SuperForecast and the wind tomorrow morning will be SW at 10-12 knots with waves 1-2 feet from the ESE. My bet's that he 'beams up' an Ocracoke location tomorrow!

Posted by Curt at 5:18 PM No comments:
Email ThisBlogThis!Share to TwitterShare to FacebookShare to Pinterest

Fog and a Song or Two

Day 4
Fog was thick in the morning so after breakfast I sculled over to talk to Peter and Mike on Nip. Little by little each boat weighed anchor and worked out into the open water off Sandy Island at the entrance to the Nanticoke River. The wind died as we migrated into the river and we collectively decided to return and sail in the open bay area. The wind increased from the south as the day wore on and Annie responded with the best sailing on the trip to that point. 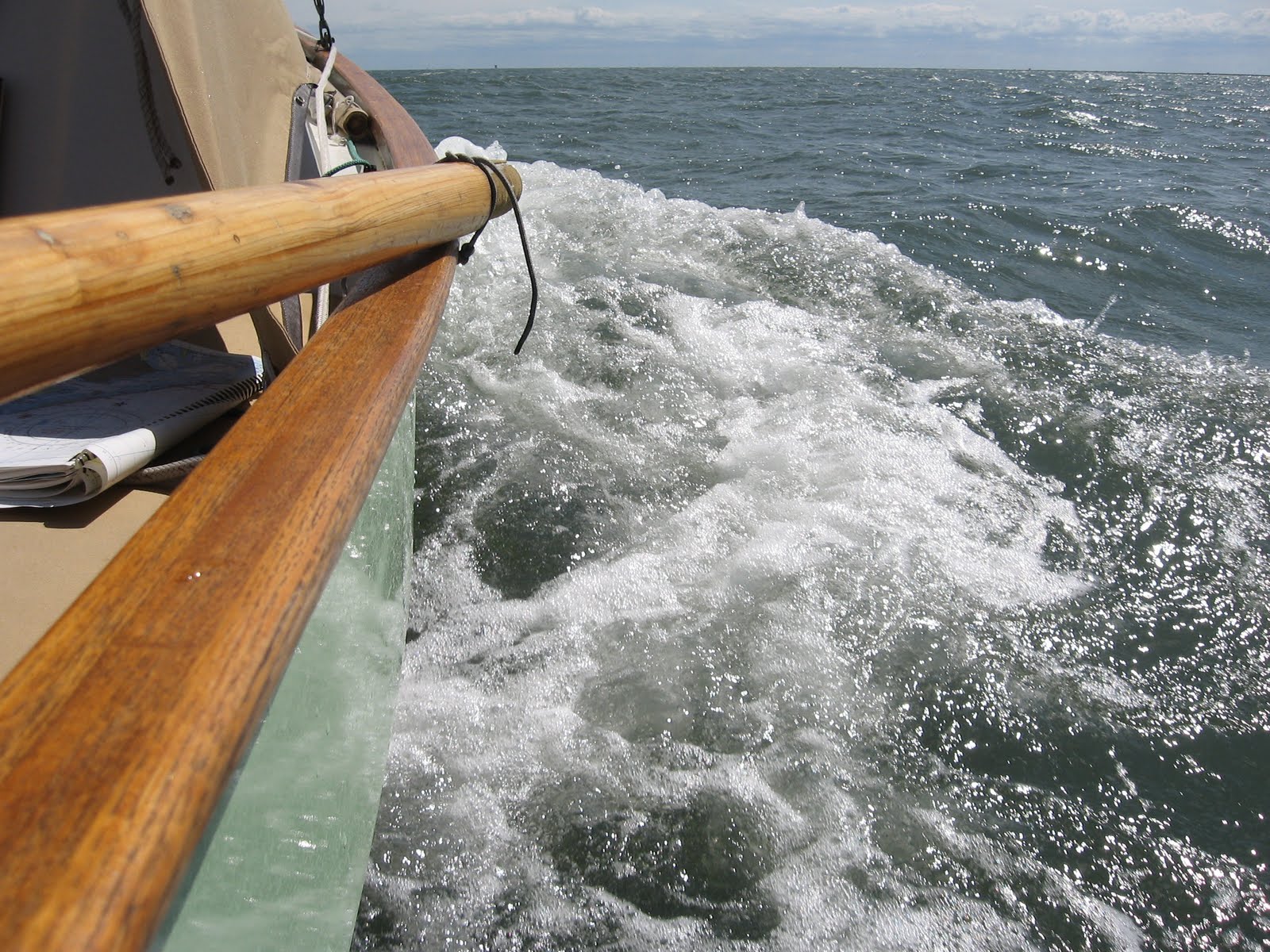 For protection from the forecasted southwest blow we decided to raft up behind a sand bar near Dames Quarter Creek where many had put in the day before. Rafting was new to me... I am usually anchored solo. It was fun though. After a somewhat shared dinner we pulled out the instruments and took turns offering a folk tune or a sea song. I had my old Gibson LG-0 stowed in the forepeak and it sounded pretty good for a boat guitar. 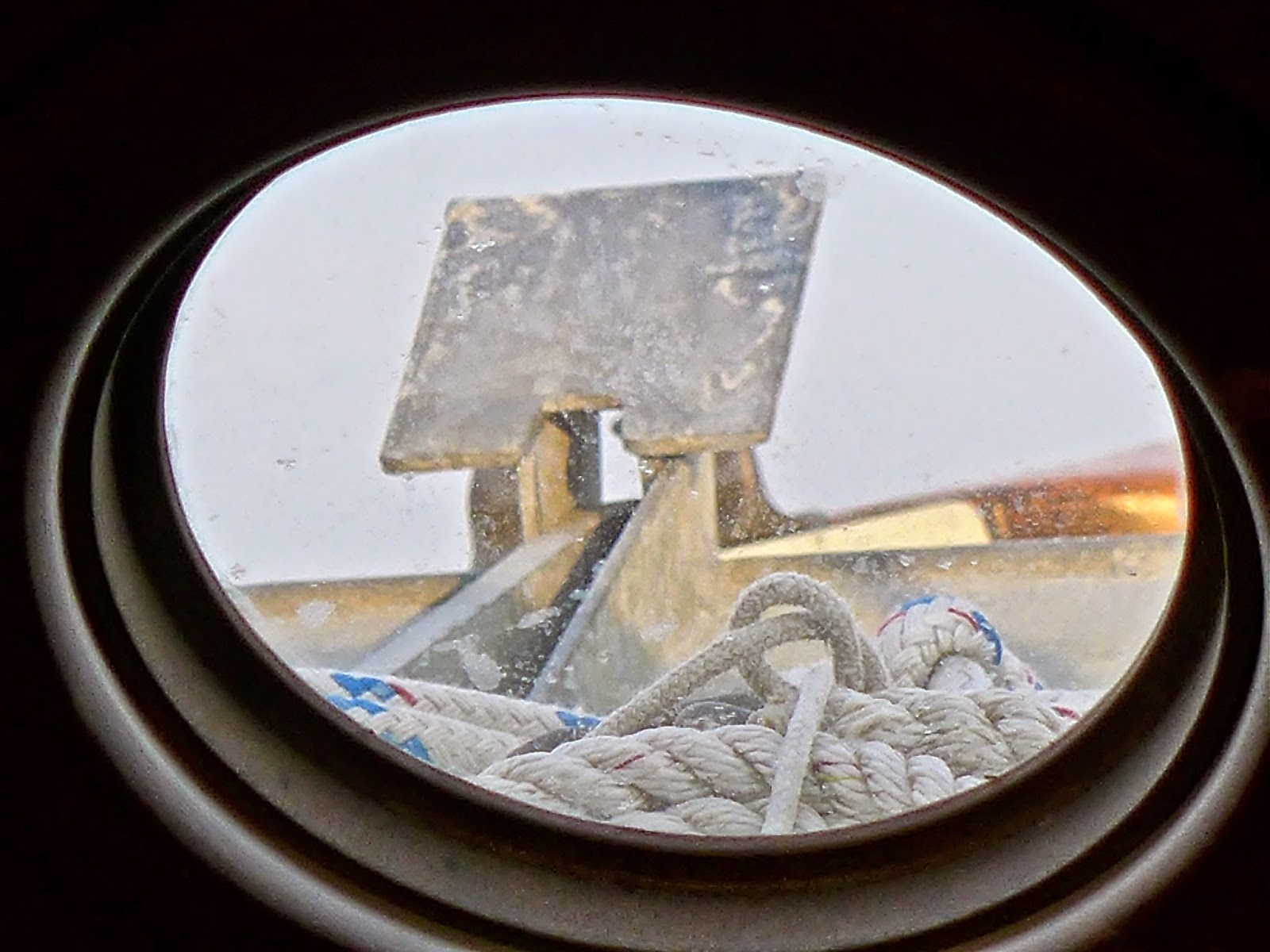 Posted by Curt at 8:13 PM 2 comments:
Email ThisBlogThis!Share to TwitterShare to FacebookShare to Pinterest

I have a high metabolism. And that means, for me at least, attracting bugs and getting hot when I sleep. Sleeping in the buff helps but when its hot and damp on the boat and my legs stick together, sleep is hard won. Then there is the saltwater itch. Just sayin'.

On the last trip I had a small unit of Gold Bond Body Powder. It was very helpful after my nightly "bird bath". It does give you a surge in the folds due to the aromatics. 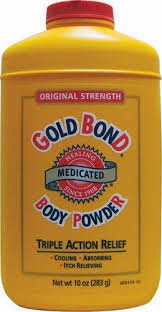 My favorite is Anti-Monkey Butt. I purchased some a couple years ago in Beaufort, North Carolina. It is talcum and powdered calamine lotion. Most highly recommended. And not just for the name... So, here's to getting wet on the topside and staying dry down below.
Posted by Curt at 12:55 PM No comments:
Email ThisBlogThis!Share to TwitterShare to FacebookShare to Pinterest 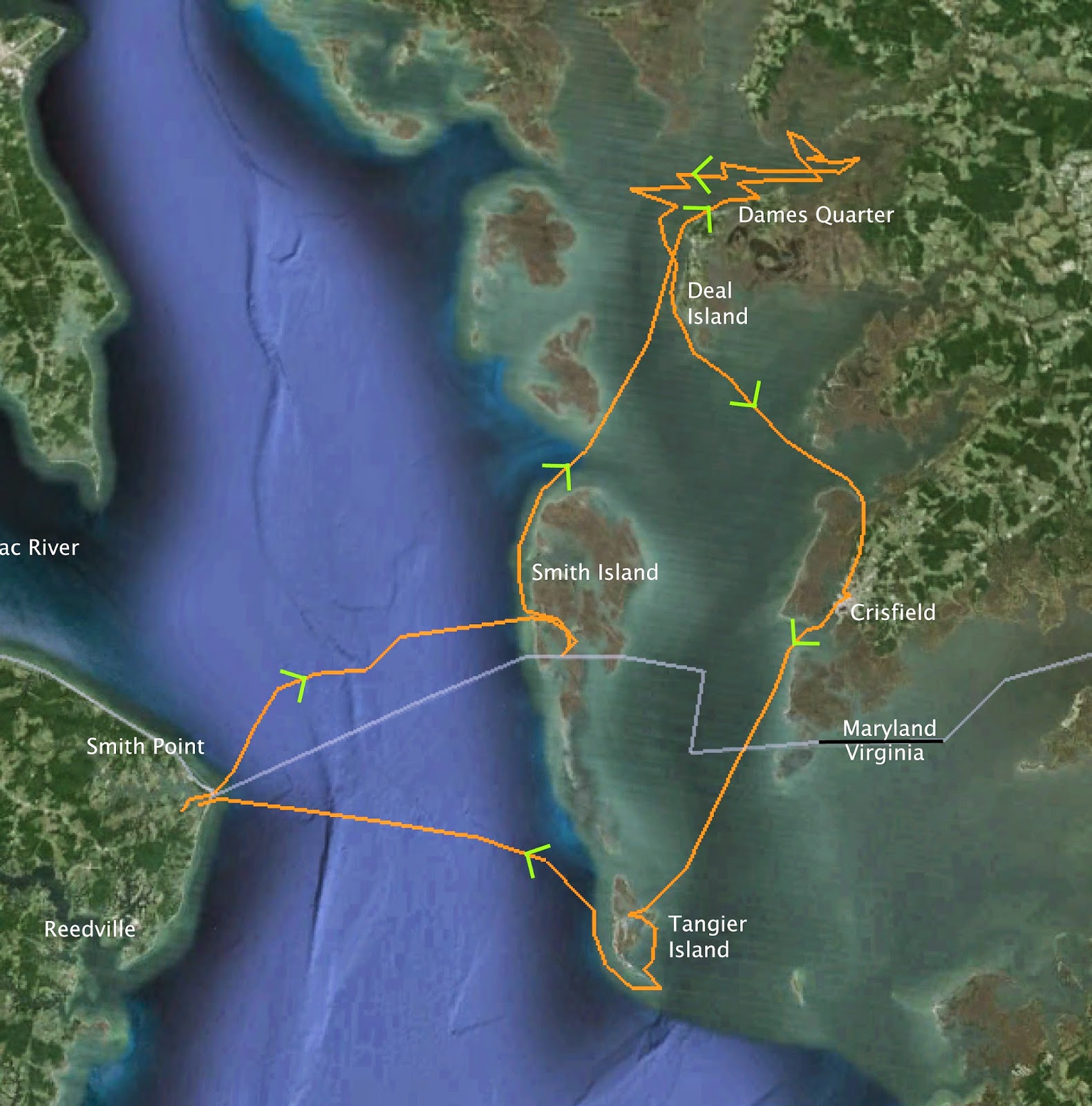 Posted by Curt at 8:48 AM No comments:
Email ThisBlogThis!Share to TwitterShare to FacebookShare to Pinterest 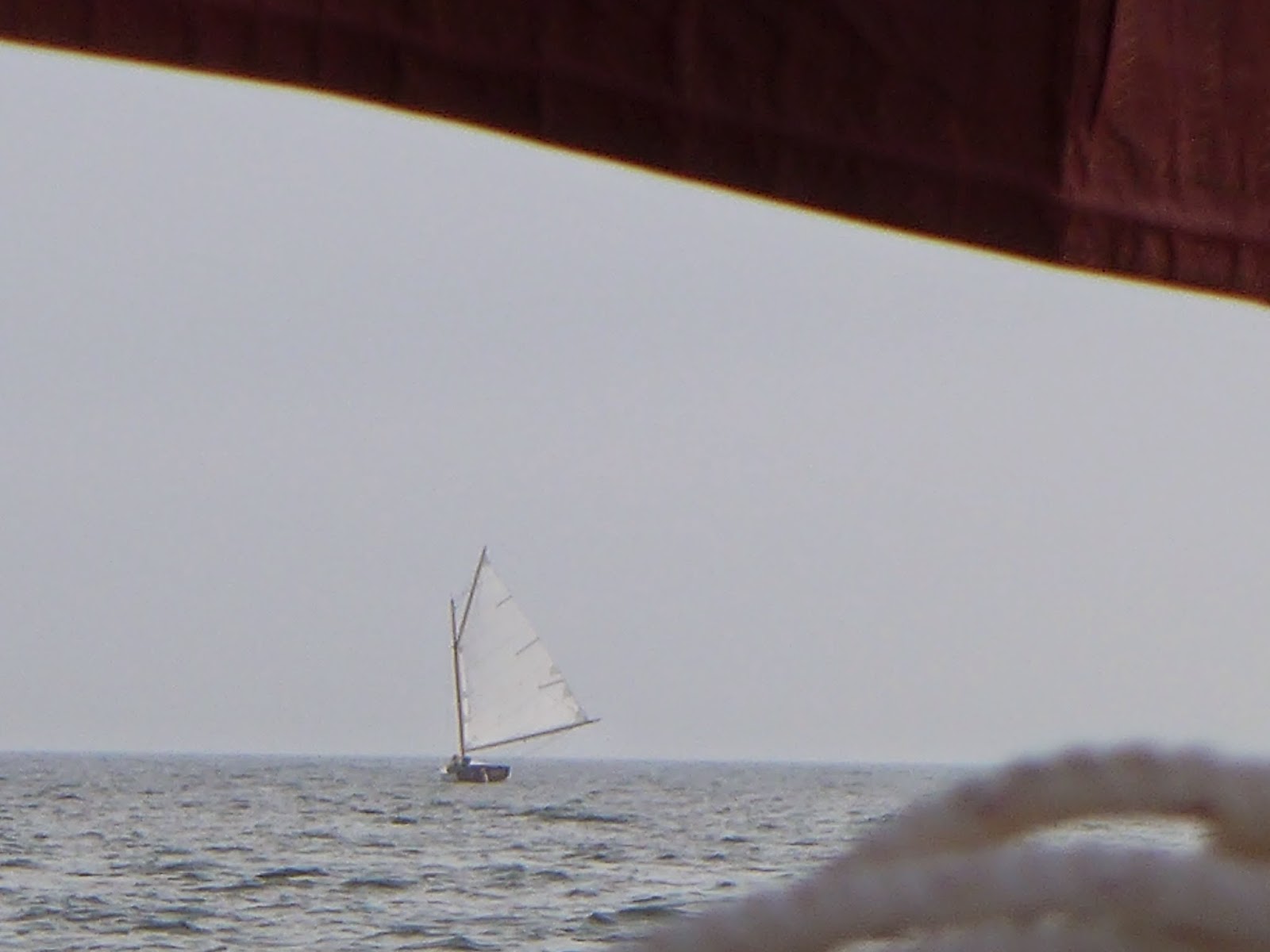 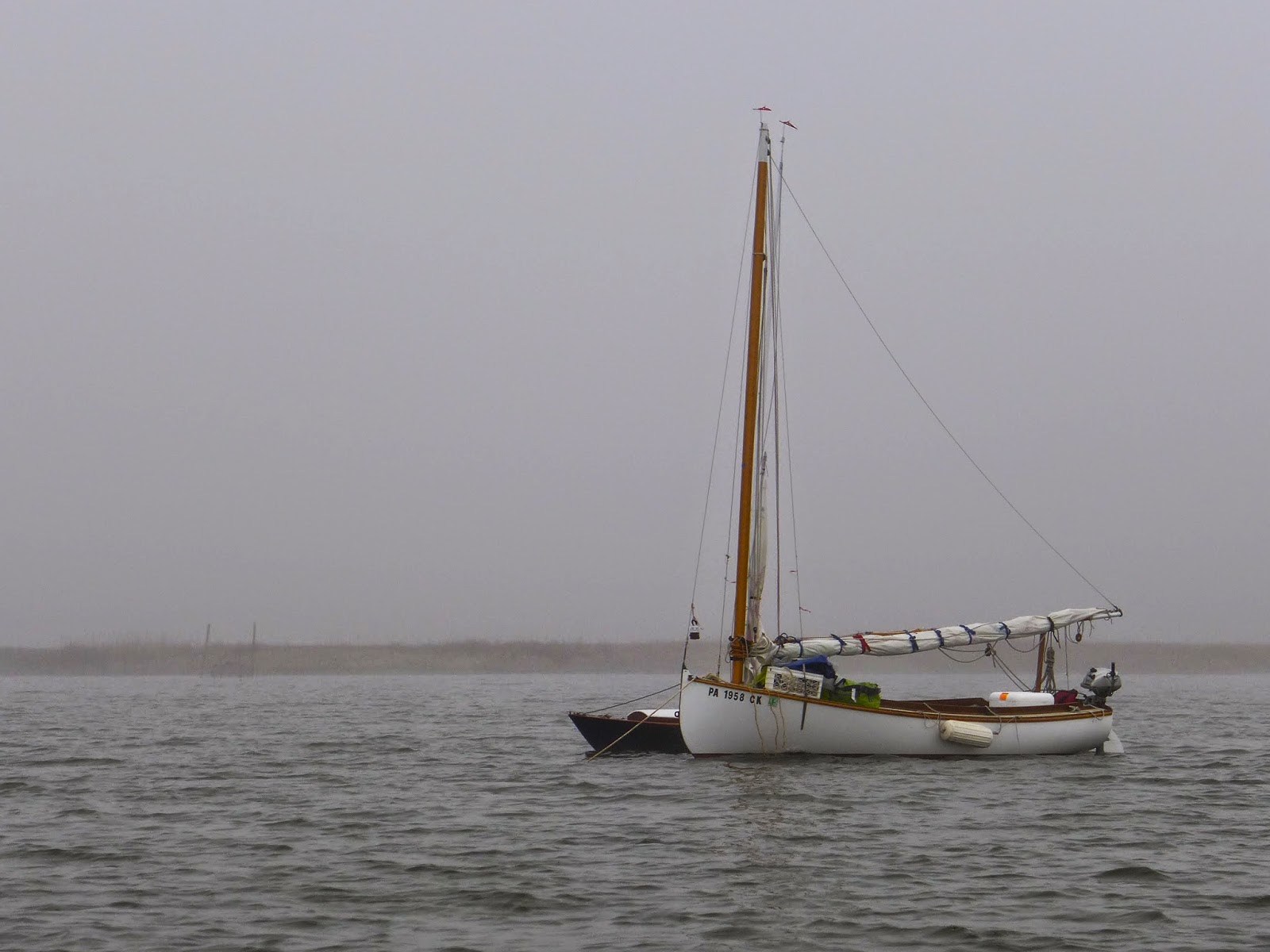