I awoke at 6 again and set out to find the channel inside the Cape Lookout bight.  The chart said the channel shifts so I ran downwind to the far east side and picked up some small nuns. They lined up along the north shore of the basin near the light station. Continued north through Barden Inlet and Lighthouse Bay behind the Shackleford Banks.

The wind was stiff out of the SW and I trimmed to a broad reach with 1/4 reefed headsail and mizzen only. With white caps following we continued into Core Sound where it opened up but the channel remained narrow. I decided to continue NNW but the sky got very bleak with hard gusts and thick, boiling clouds moving over. I opted not to take chances in such an exposed area without much room to maneuver and over 20 miles to a protected anchorage. Hauled in tight at the cut to Marshalburg west of the channel. Got hit by pounding chop on the port side and the two sails could not hold the line.


I motored to the south facing village but there were no apparent docks. I anchored in the chop, grabbed a snack to get some energy and considered my next move. Decided to seek shelter behind Harkers Island by crossing Westmouth Bay. Picked up local buoys and motored to windward until we reached a small canal, tight with small houses, docks and fishing boats. A waterman said I could tie up for the night but I thought I might make it back to Beaufort after resting up.

I had noticed that the highway bridge on the northside of Harkers was low and dropped the rig. (I carry the mast crutch in the cabin). That was a harmless mistake for as I motored toward it I noticed it was a swing bridge! Had not read the chart closely. Oh well.


We ran markers zig-zagging up to the long straight approach to Beaufort from the east. Still had wind on the nose so motored at 1/2 throttle. Annie has a 6hp Nissan Marine 4-stroke in a well. Drascombe Luggers and Longboats have this well configuration. It not only looks good with the motor 'inboard' but also minimizes cavitation.

I tied up again at the city docks, rerigged, washed down and cleaned up. Signed in for 2 nights with shower at $21 per (!). The dockie even threw in a free beer token. He said they give small boats a break. Around 1500 I went to the NC Maritime Museum and later had a shrimp burger and a Red Stripe. The weather had cleared for a bit but again unsettled... will monitor. 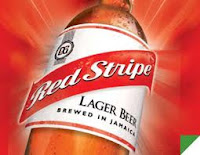