I have been thinking about Spring. When Annie is put back together and launched I am visualizing a first-pull start. Hoping the same for you as well... that is, if you use the 'other' propulsion! 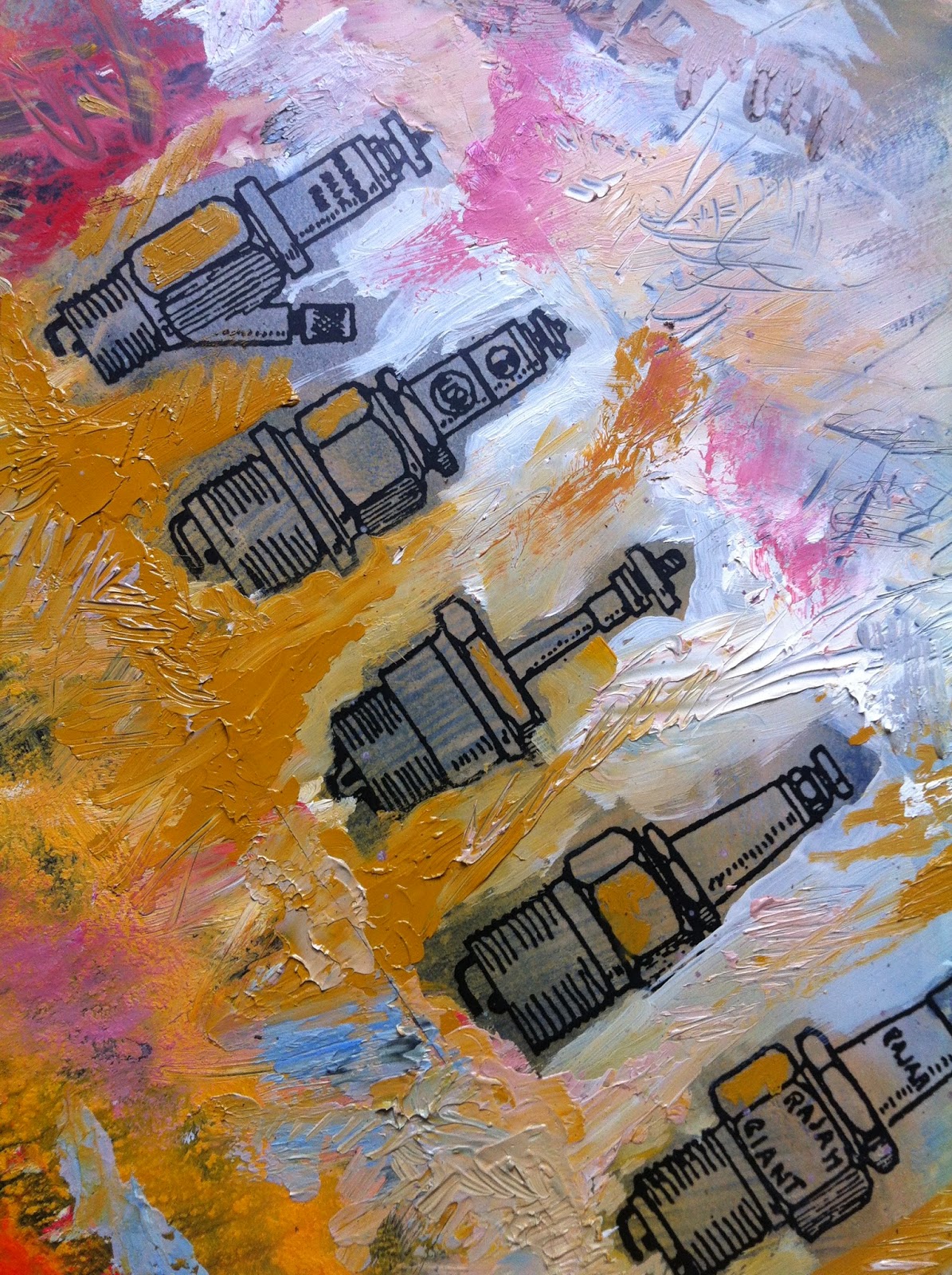 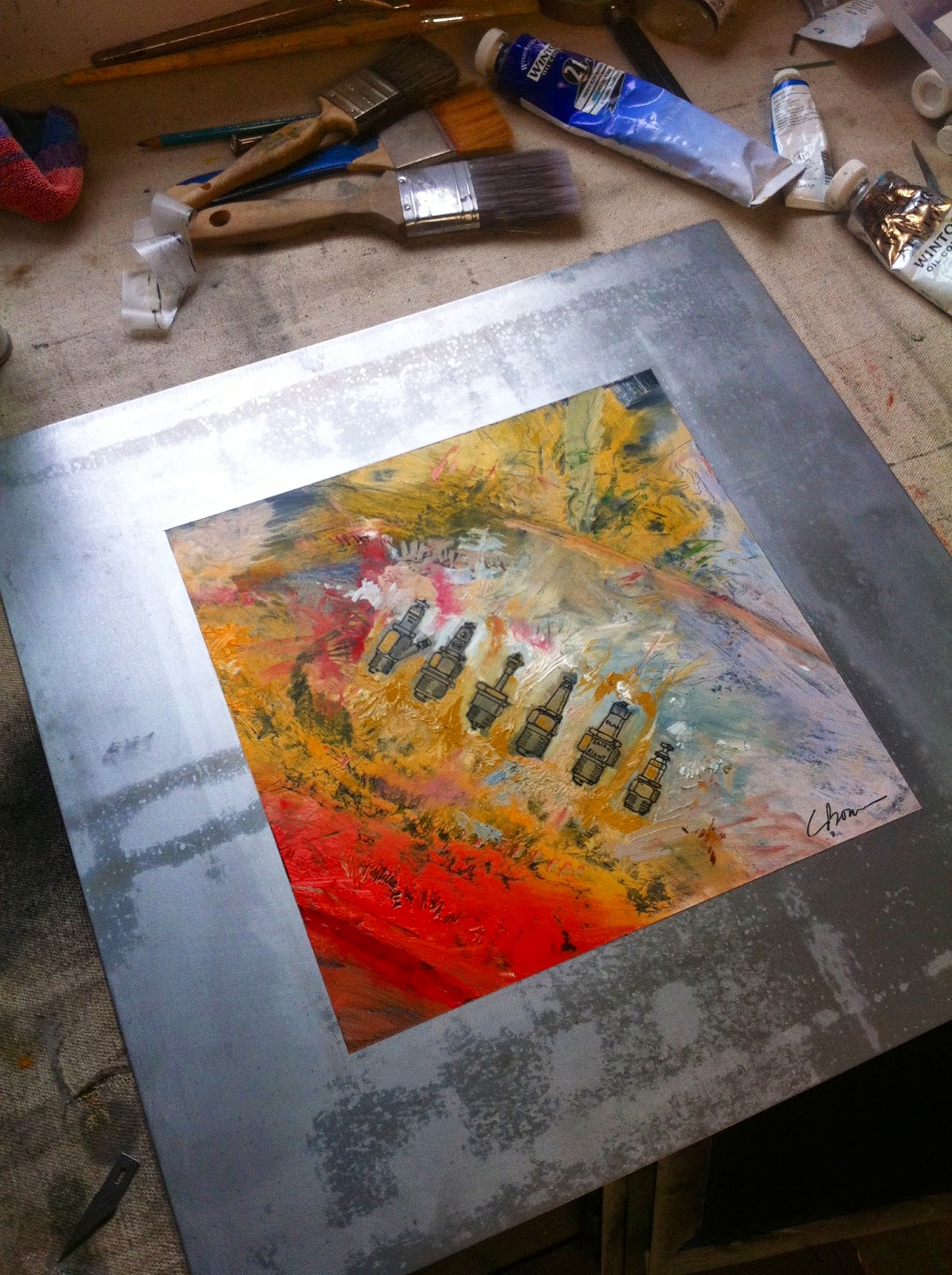 Starting to load paintings and gear. Heading south in the morning for galleries in Georgia and Florida. Leaving a painting of the FD Crockett to finish another day. 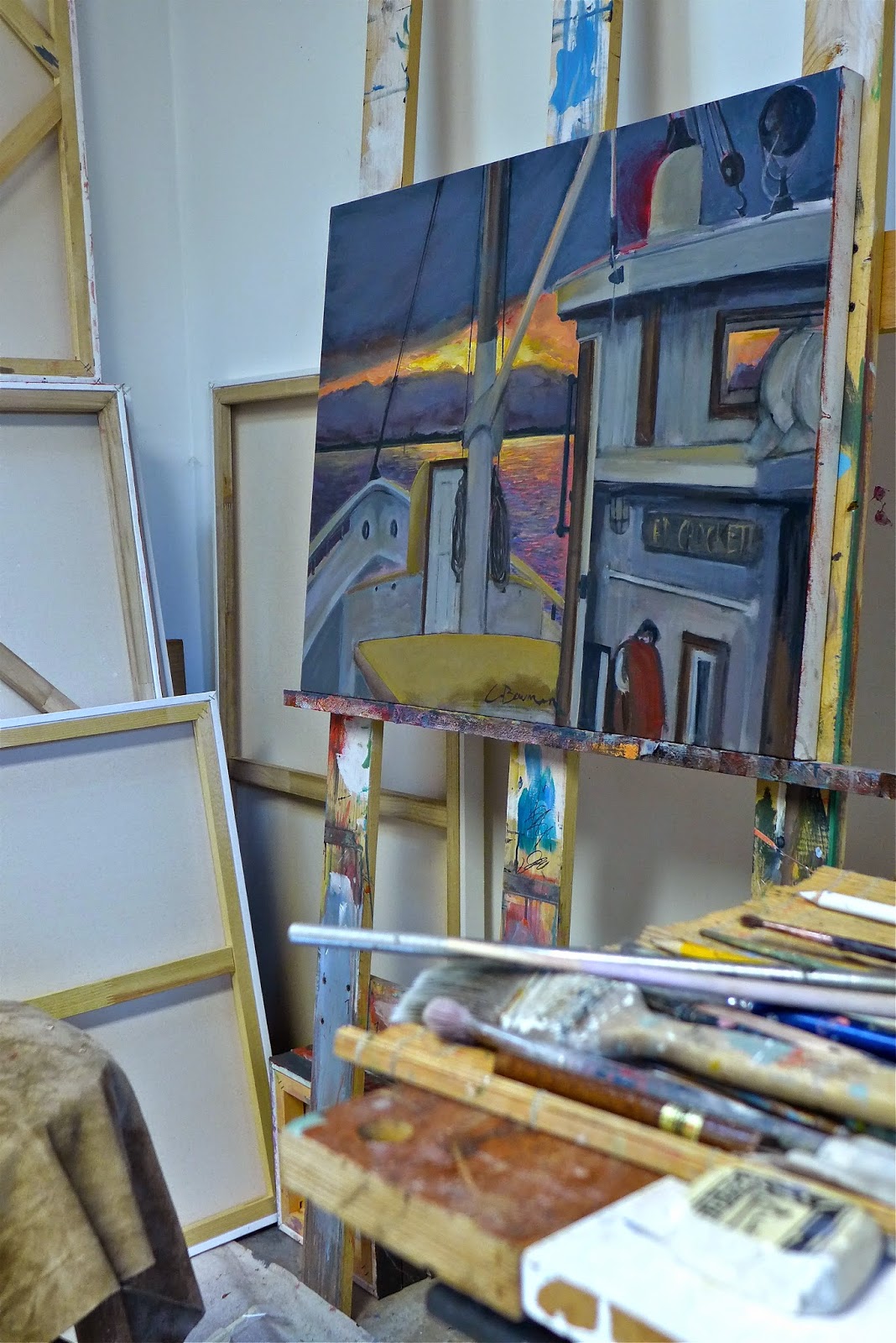 I went to see my friend Steve in Chesapeake a few days ago and shared some old sailing books. I had also found a log from 1979 tucked in the bookcase. I read a number of entries and felt it might be a good idea to write down my memories of one that seemed sketchy and lacking in detail. Actually it was the day before and early hours through that night that really tells the story.

It was mid- autumn in the small harbor of Beaufort, North Carolina. On a open-ended cruise south from Kill Devil Hills on the upper Outer Banks, the Beaufort anchorage was a nice respite. It was the early afternoon of October 30 and it had been a beautiful day. Being a little high on this new sea-steading lifestyle I decided to abandon the Intracoastal Waterway and run the coast to Masonboro Inlet near Wrightsville Beach, approximately 80 miles SW. The tides were favorable in so far as the inlet was concerned and the weather reported an upcoming shift to the north but no alarms. 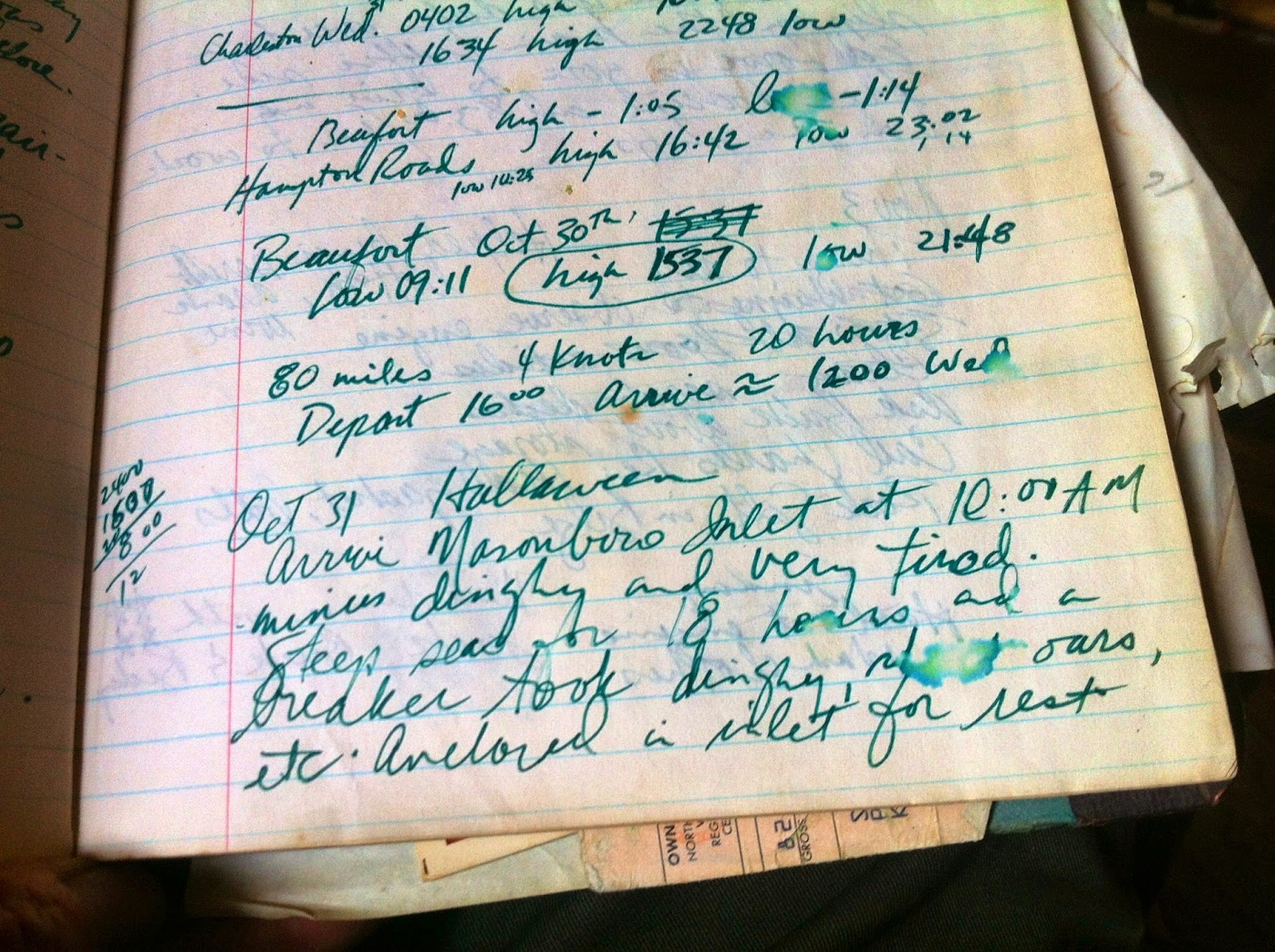 Setting out Quelle and I made the sea buoy at 1600 hours. The wind had freshened and wave height grew quickly. I decided at that point that it would be better to retrace my track and return. The wind was by then out of the north and close-hauled she made a bit of progress only to be knocked off by the growing waves. I put on foul weather gear and continued into the sea for another thirty minutes or so. Hove to I dropped the overpowered main and decided to run off under jib.That was the beginning of a long night.

The sun set to port and I switched on the running lights.Wind NE, seas were 4-5 feet with a decent period. Running downwind was a relief for the 5 knots through the water had been sutbracted from the wind speed. As night fell the wind steadily increased and the seas heightened. My 8 ft. Dyer-style dinghy was riding fine off the stern on a 20 foot painter. Today I would not be towing a dinghy. But I'm no longer in my 20s either. The waves grew to 10 feet, and it was up to the top to see the crests and down to the trough to face the wall. Over and over again through the dark night.

With first light came an eerie glow that was as welcome as strange. Daylight was close and it was time to start working west from the 5 miles I reckoned to be offshore. The wind and waves were still high, 30 knots and 10-12 feet. I wested slowly as the light increased. Just as land came into sight it all changed... a feeling. I looked back to see a wave breaking. It engulfed the dinghy, the painter snapped, the small boat disappeared, and the wave continued, knocking me down into the cockpit. Instinctively, I suppose, I shoved the tiller to starboard. She reeled and took the second one across the bow. And then it was as it was for hours. Up and down in the waves again. But I had changed. My heart was pulsing and a clear mandate shot through me. We had to get in. Now.

Removing the top washboard I reached down and grabbed the VHF hand set, stretched the coil cord back and called the Coast Guard on 16. I told them of my estimated location and was asked to describe any structures I could make out on the beach. After a short time a vertical-striped condo came in to view and the operator identified it saying that I would be seeing a large rock jetty a mile or so farther. When it came into view I could see waves breaking against it shooting high in the sea spray-filled air. My directions were to hug the end and keep close to the rocks, then I was to make a hard turn to starboard. Getting close I cranked the small inboard and began sheeting in.

As we rounded I felt like we were dropping in an elevator. Water was breaking to leeward and we barely held to the protected water behind the jetty. The inboard groaned and I continued through the inlet until able to drop anchor in a seemingly quiet area. I fell in the wet cabin and what seemed like no time found myself waking to find her dragging in the current. I scurried to get underway but lost ground and started to hit bottom. A power boat came by out of nowhere and asked if I needed help and I accepted gratefully. They towed us to a dock where I tied up.

18 hours at the tiller had left me exhausted. With help I scoured the beach but the dinghy was never found. I learned a lot that night... about single-handed sailing and myself.