I've long been taken by this image of Sperwer, a wooden Drascombe Peterboat 6M. It was in my idea cache before I decided on Annie. Worth another look and a share.

With plans at home over the next few days I had one more in the Bay. It was close to Smith Point so I had plenty of time to finish my trip. Poking out the Great Wicomico I was joined by a two large yachts. We all picked up the northerly and tacked NNE. It was another clear and fresh morning so I continued toward Smith Point Light. 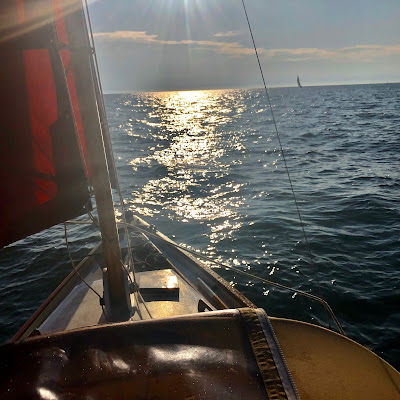 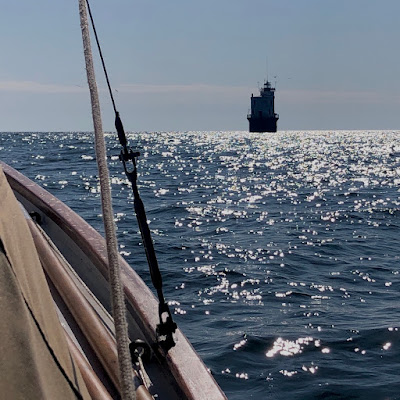 After rounding, we gybed back west and reached toward the breakwater. I felt sure I had enough wind to carry in so we approached high, close to the north side. When close I noticed a fishing boat anchored in the cut near the south bulkhead where I would most likely drift if the tree line broke the wind. It was all quick and they just gawked as I threaded between them as the wind slacked and my forward motion waned. I was glad the tide had slowed near high.

Passing the creek to my launch marina, I decided to explore the Little Wicomico. There was enough wind to continue reaching and making the markers without tacking. It was a warm meander on a beautiful, quiet river. We continued for the next hour until reaching the navigatible headwater where oyster processing plants and a large marina ended our west run. 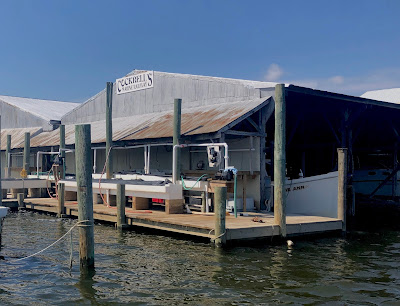 Returning downstream I turned south on Slough Creek to leisurely haul out at Smith Point Marina. A nice fall trip away from the Strange Times. 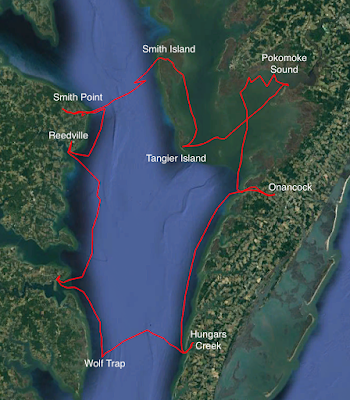