Mobjack and a Repair

My nephew Noah and I sailed the Mobjack last week. Put in at Mathews town ramp 1100 Wednesday April 17 and motor sailed down the East River. We reached east on a N wind and got behind New Point Comfort Light for a few photos and then beat over to the beach attempting to go ashore. The tide was low and after bottoming out 50 yards off we turned and ran back across the bay south. I set up poles and we continued wing and wing toward the Severn River. By 1630 it seemed prudent to start for an anchorage and we chose the North River. With the wind on the beam Annie was giving her all. With two foot waves on the quarter and a decent wavelength she was making 6.5-7 knots over the bottom as the tide started in.


Crossing the bay again we worked up the North past Mobjack Bay Marina and found a quiet cove that I had anchored in a couple years ago. Noah got a sculling lesson, we cooked up the 'old go to' beef stroganoff, played a couple hands of rummy with a bottle passed, and turned in... me in my down below warren and Noah in the cockpit under Annie's tent. Great sailing day.

We headed back down river the next morning with less wind and a number of leisurely tacks. It gave us time to tell stories and to help him with sailing terminology and more about how the boat works. He was at the tiller a lot, we ran aground a couple times and I believe the bug started taking hold. As we broad reached back up the East River to haul out, we decided he would go on the upcoming North Carolina trip in May. I think it will be fun.

Today I drove to Urbanna to check on Annie and replace the centerplate line. The line is made off on a drum that is keyed to an axle that is wrapped with webbing attached to the head of the plate. It went pretty smooth after I got the top of the trunk off. The line had worn thin and the cam cleat, that is mounted on the cockpit coaming, wasn't able to hold it from slipping. I'm feeling better about it now and looking forward to the upcoming spring trip.
Posted by Curt at 10:10 PM No comments:
Email ThisBlogThis!Share to TwitterShare to FacebookShare to Pinterest

Spring is here with trees leafing, flowers popping out, pollen coating everything and warm gusty breezes blowing. A North Carolina Outer Banks trip in early May is being planned and nephew Noah is hankering for a overnight... his first. This Wednesday is looking good work and weather wise. I am thinking that trailering Annie down to the Mobjack and exploring the rivers again would be just the ticket.
Gave Noah a second hand copy of the Complete Sailor last week. Hope he is digging in and finding it as exciting to get the first tastes of sailing as I did when I was his age. 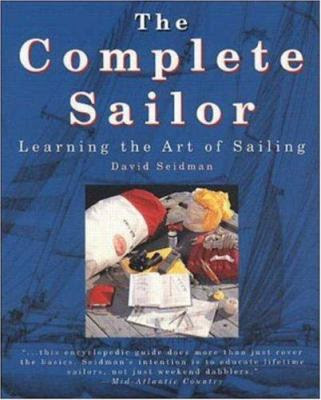 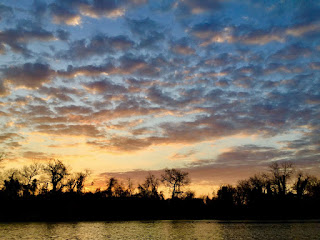 Posted by Curt at 8:21 AM No comments:
Email ThisBlogThis!Share to TwitterShare to FacebookShare to Pinterest

First Overnight of the Season

Annie is back in shape after a winter at John and Vera's. She looked good uncovered as we pulled up to Urbanna Town Marina to launch. Had to wait a bit for the tide to rise but once overboard and tied up I gave the outboard a couple of tugs and we were off  into Urbanna Harbor, around the cut and into the Rappahannock for a nice afternoon sail. That night I anchored and had a cold 'two-sleeping bag' night. Next day I picked up nephew Noah for another nice sail over to Corratoman Creek and on to Rappahannock Yachts near Irvington to walk the yard. Noah is real interested in sailing and I'm glad to be sharing.


A couple days ago a friend brought over Wooden Boat magazines. Forty years of them, back to the first issue in 1974. I didn't start reading them until '77 but learned a lot especially from Bud McIntosh and others who illustrated boatbuilding or how to care for a boat. There seemed to be more of that type of article way back, and less commercialism. Now.. what to do with them. Maybe some clipping is in order.