In preparation for a one-person show of my paintings in Urbanna during the Virginia Oyster Festival, I have visited two oyster farming operations this week. I want to focus some of my paintings on oystering– both traditional dredging and aquaculture. The latter has become a sustainable alternative and is having a positive impact on the health of the Chesapeake Bay.

Monday morning I arrived at Chapel Creek where Trey Sowers took me out to his traps aboard a custom built barge. It was around 0700 and still cold. He collected eight that he stacked on deck. The traps were attached to a line stretched between poles. He clipped the work boat along the line and as he moved along, he used a battery-powered winch on a swivel boom to haul the traps aboard. They were brought back to creek head to sort out market size oysters (3") before being returned to the water. Trey was very generous with his knowledge and I came away with a pretty good understanding of the ins and outs of oyster farming. 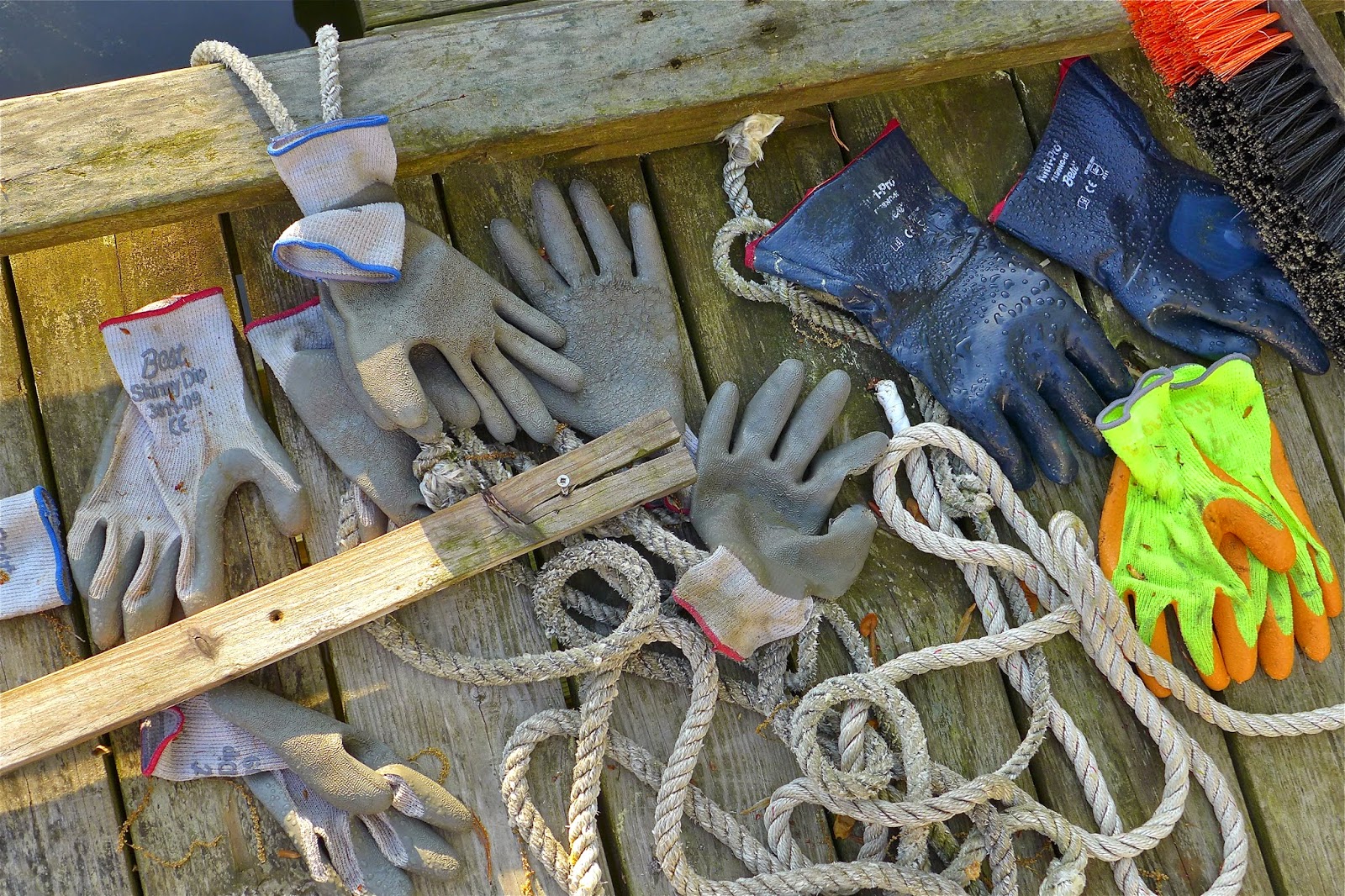 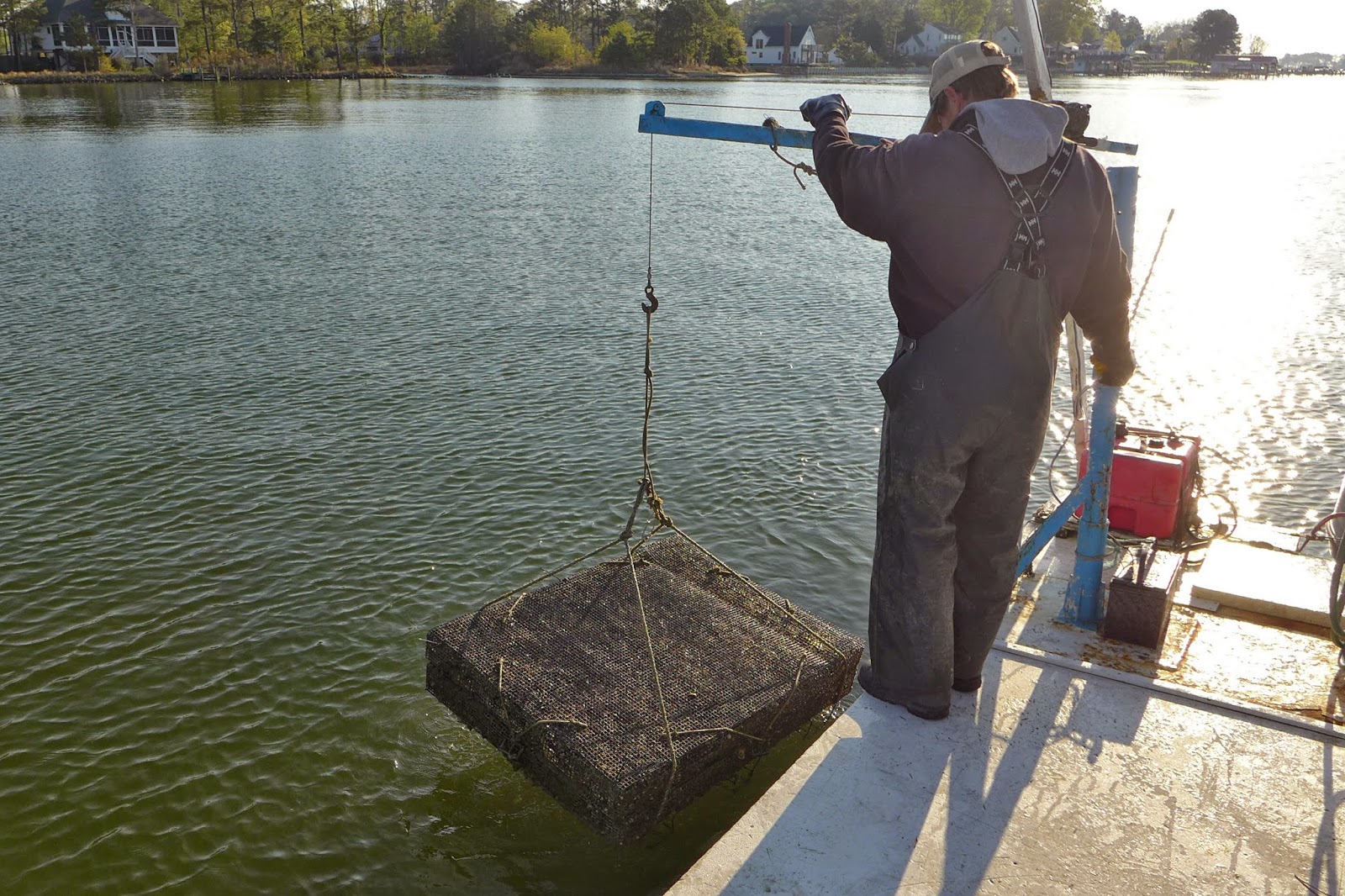 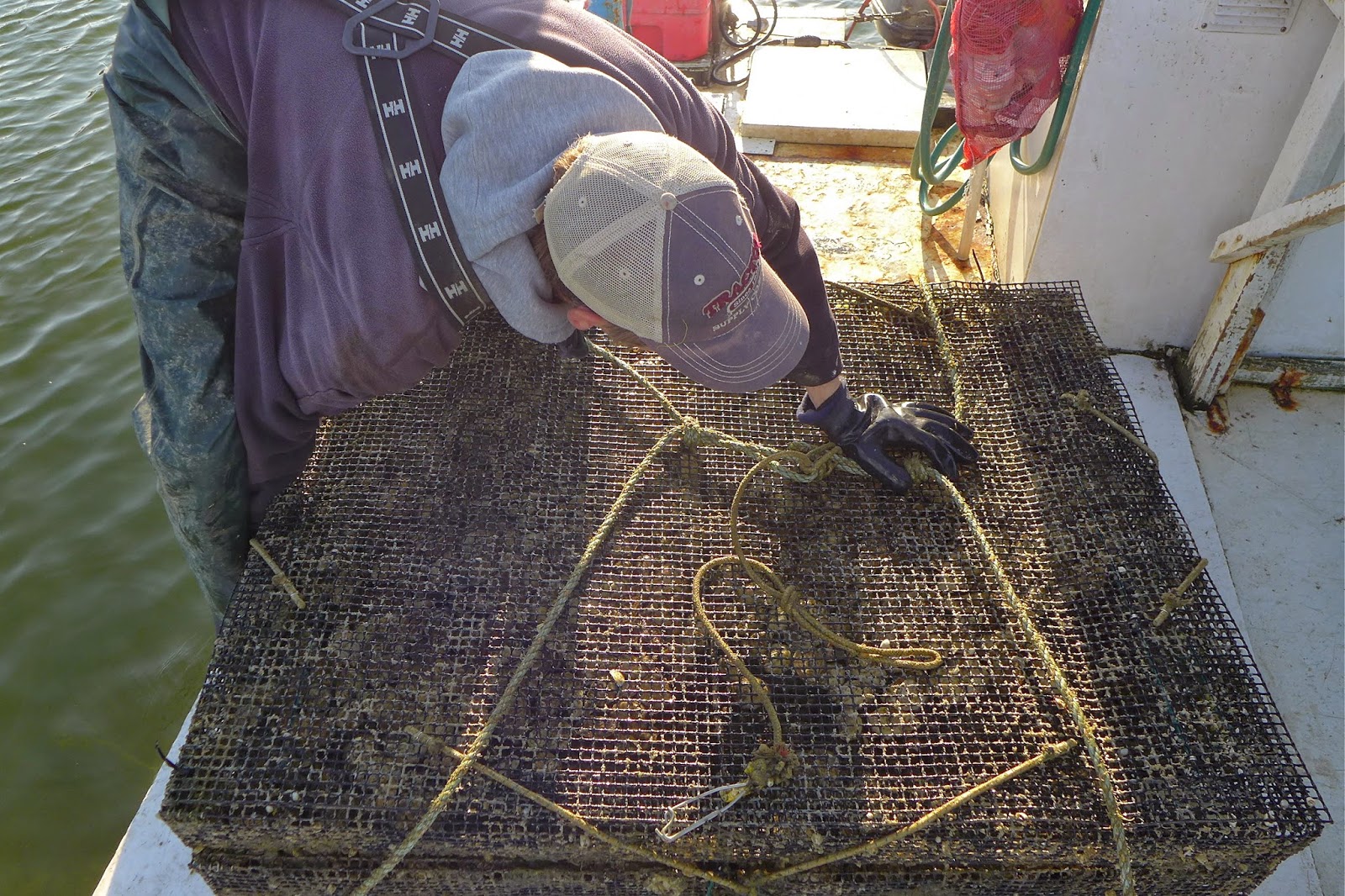 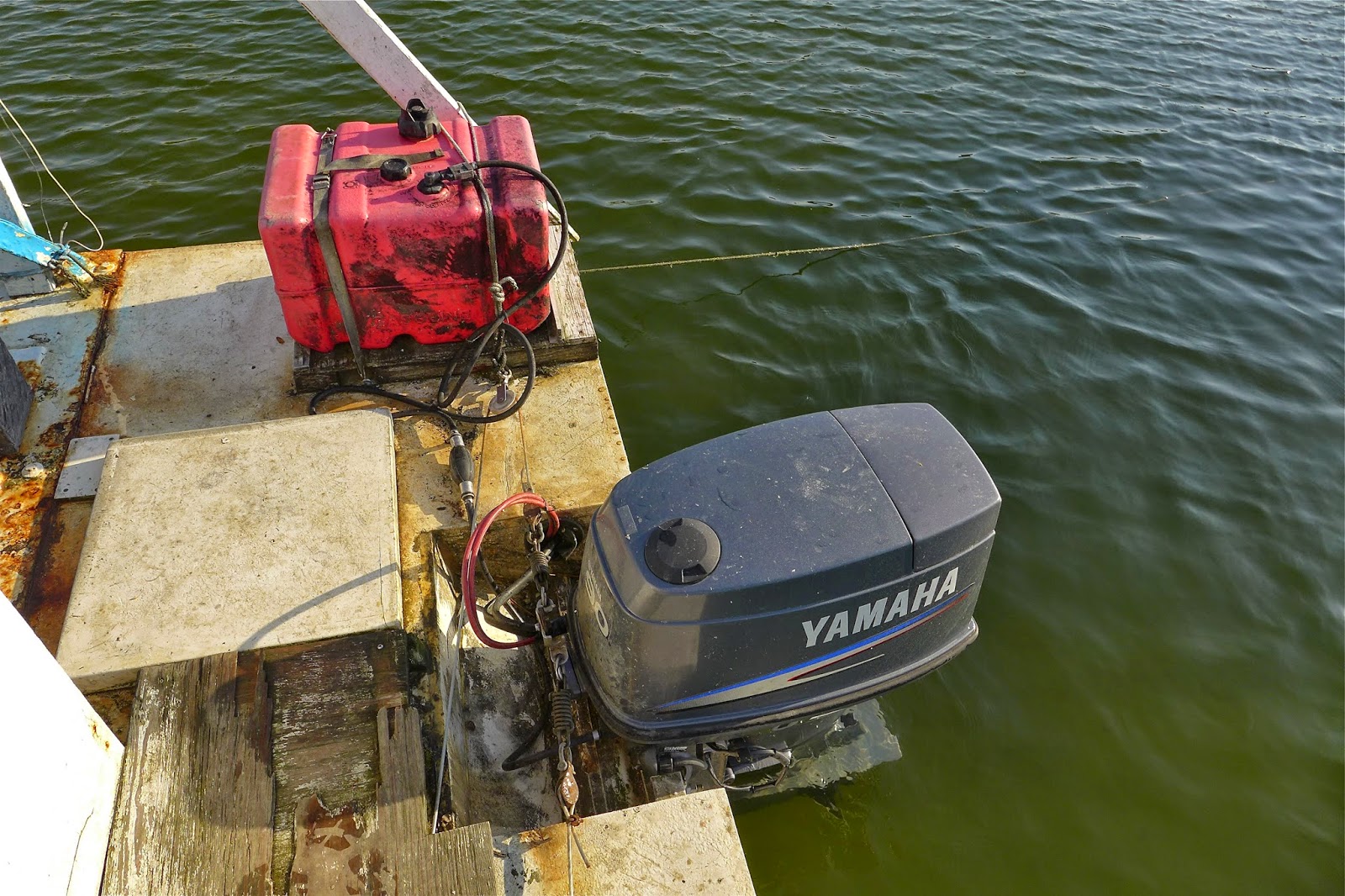 This morning I returned to the small village of Wake, Virginia along the Rappahannock River. I got a tour of the Chesapeake Bay Oyster Company with Karen and Doug McMinn. Where the land operation at Chapel Creek was basically a dock by a ramp,  Chesapeake Bay worked out of an old fish house with a covered dock that the skiffs used for collecting cages off loaded. The building also had a large area for growing seed oysters and mechanical equipment to grade or size oysters harvested in the cages. The McMinns like Trey Sowers were young, industrious and well-educated business people that are committed to a sustainable practice that will help the Bay, utilizing the filtering power of oysters. Not to mention some of the best tasting seafood anywhere. 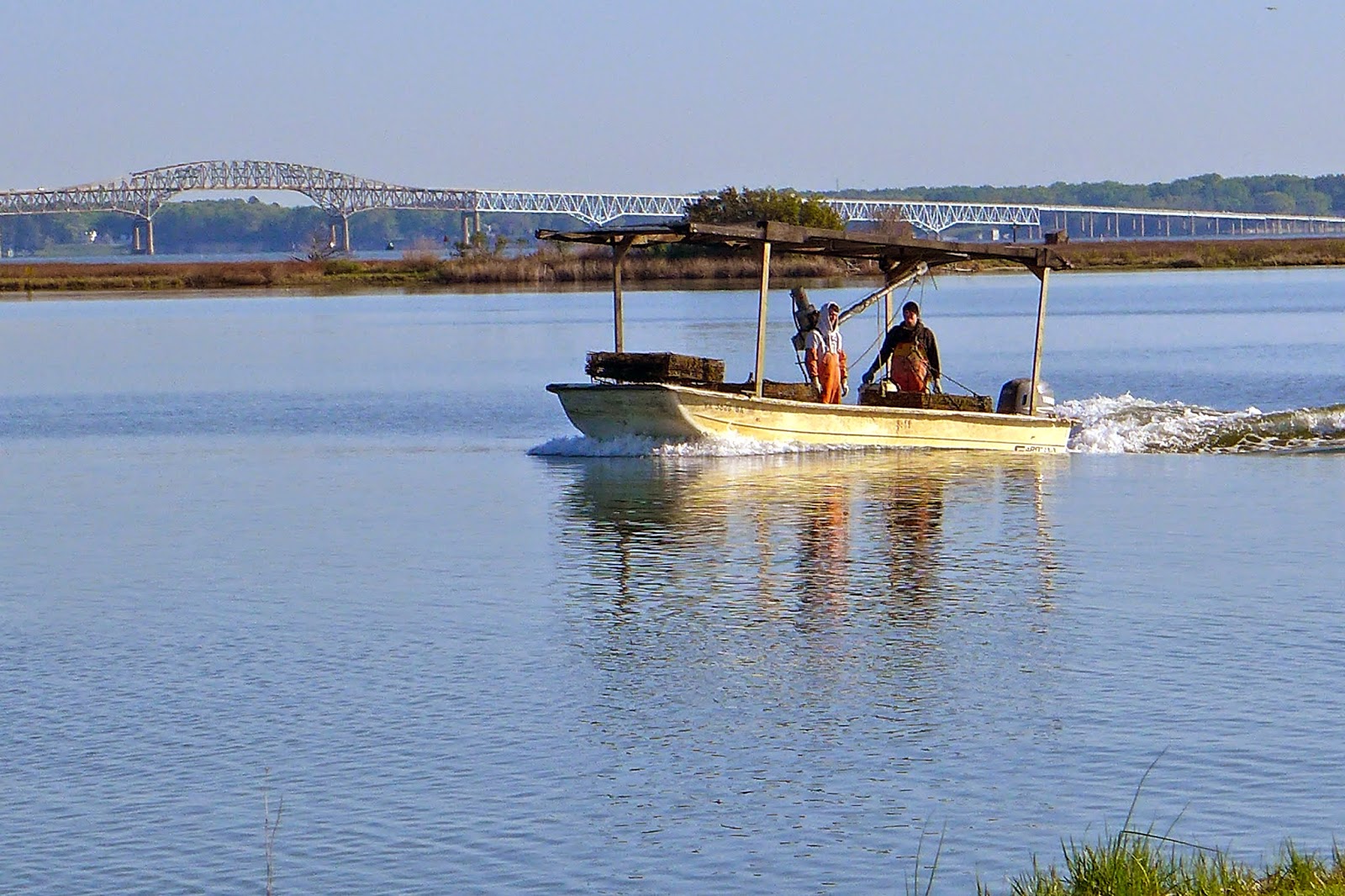 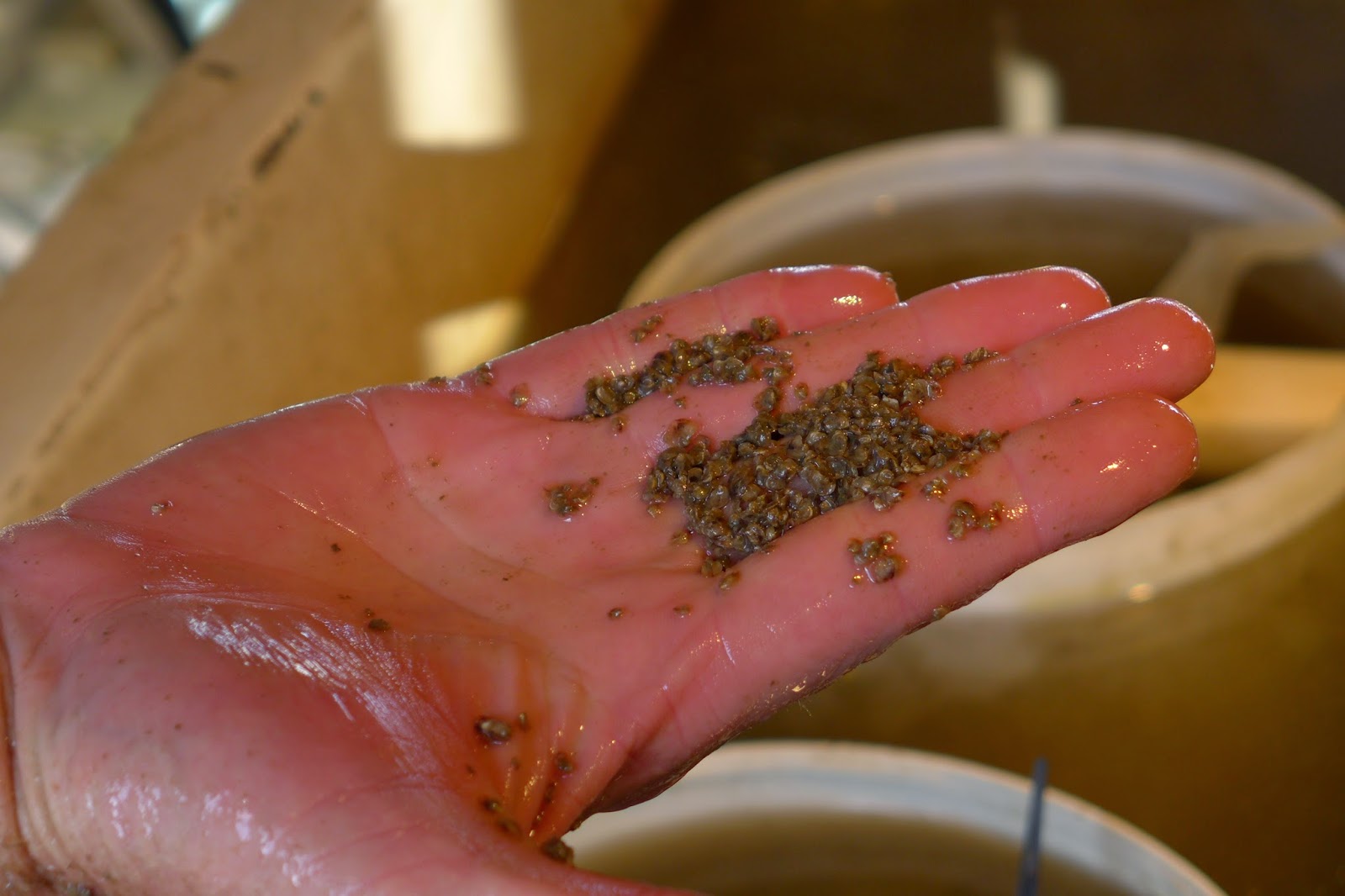 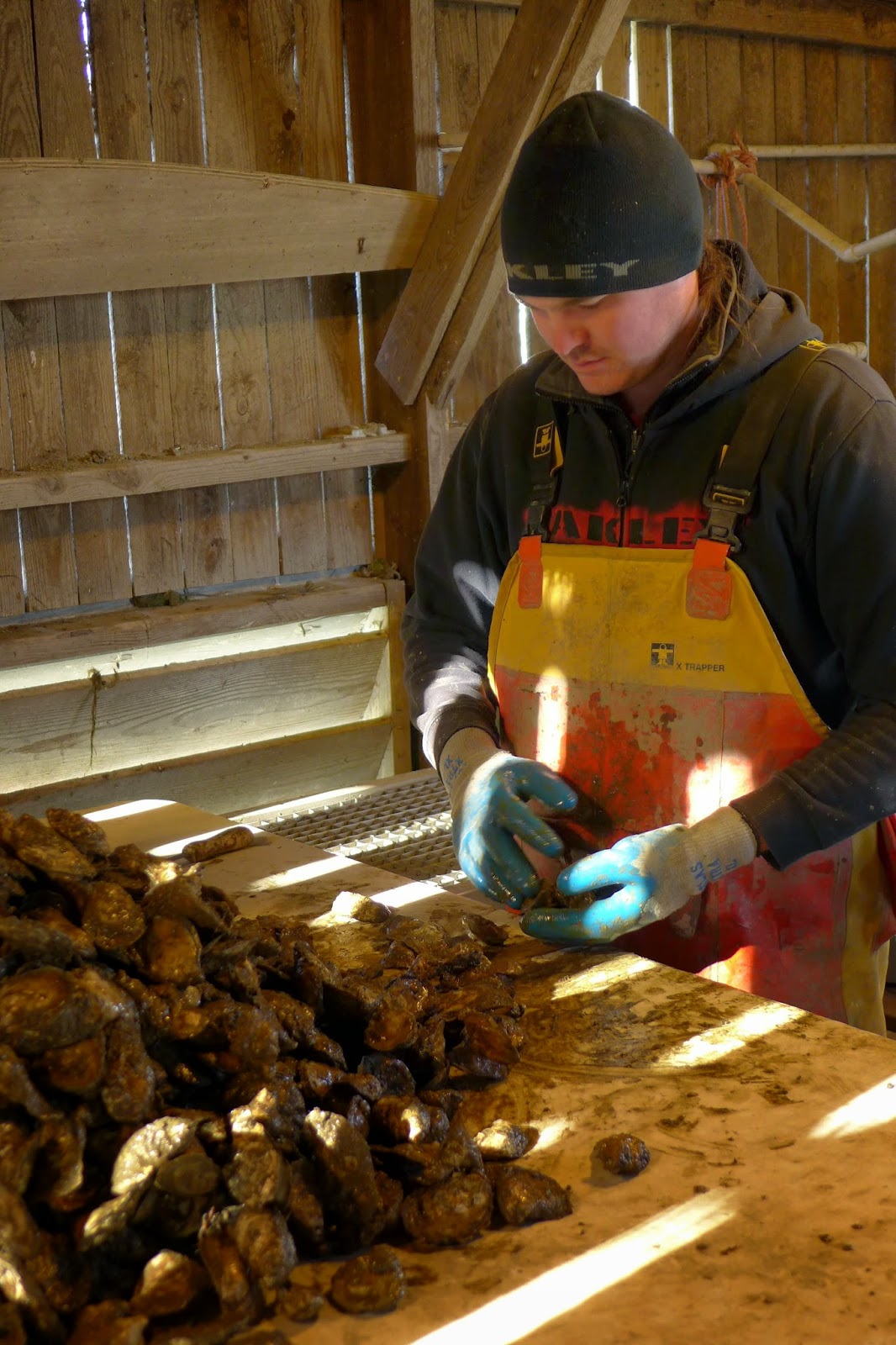 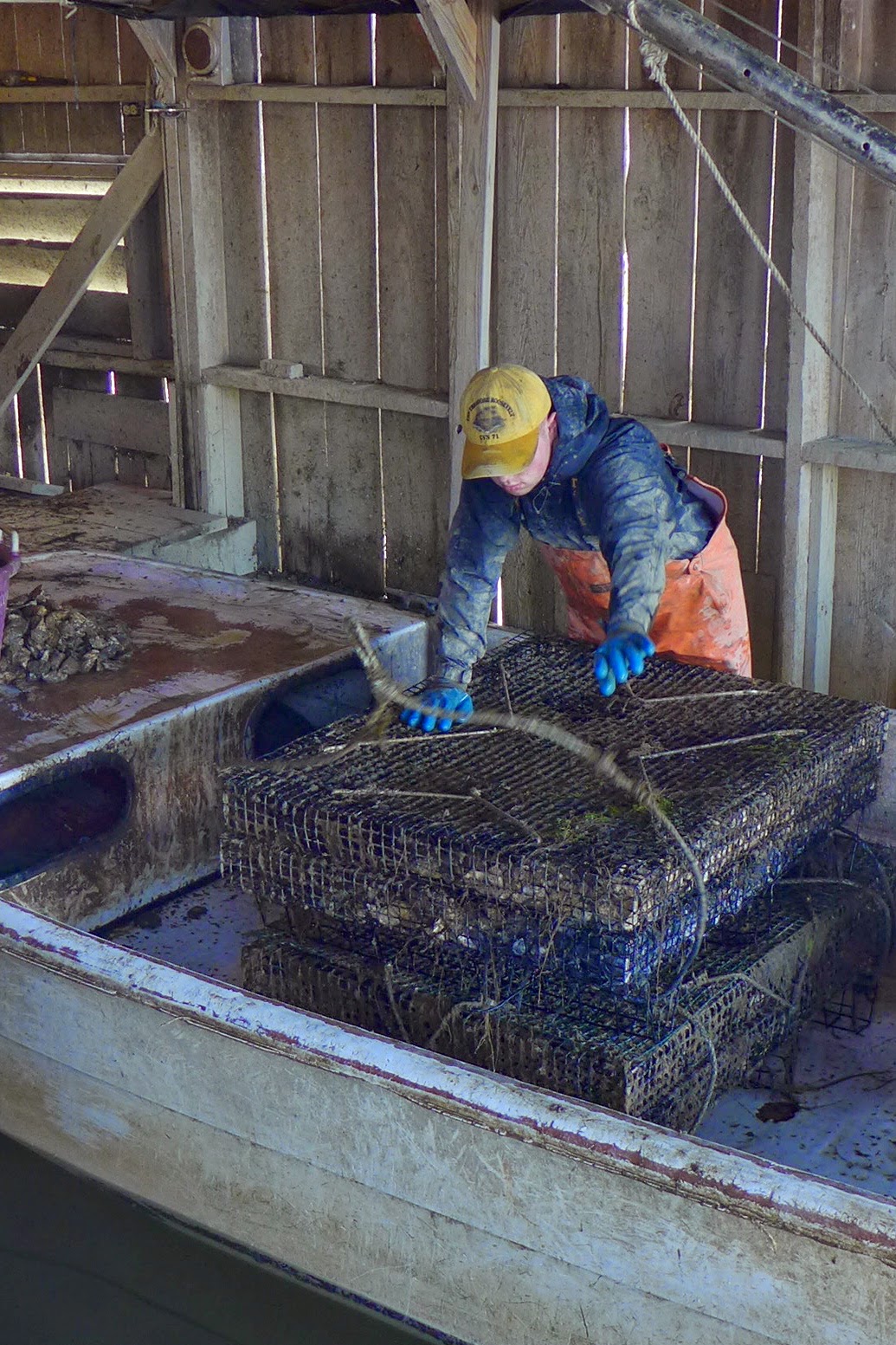 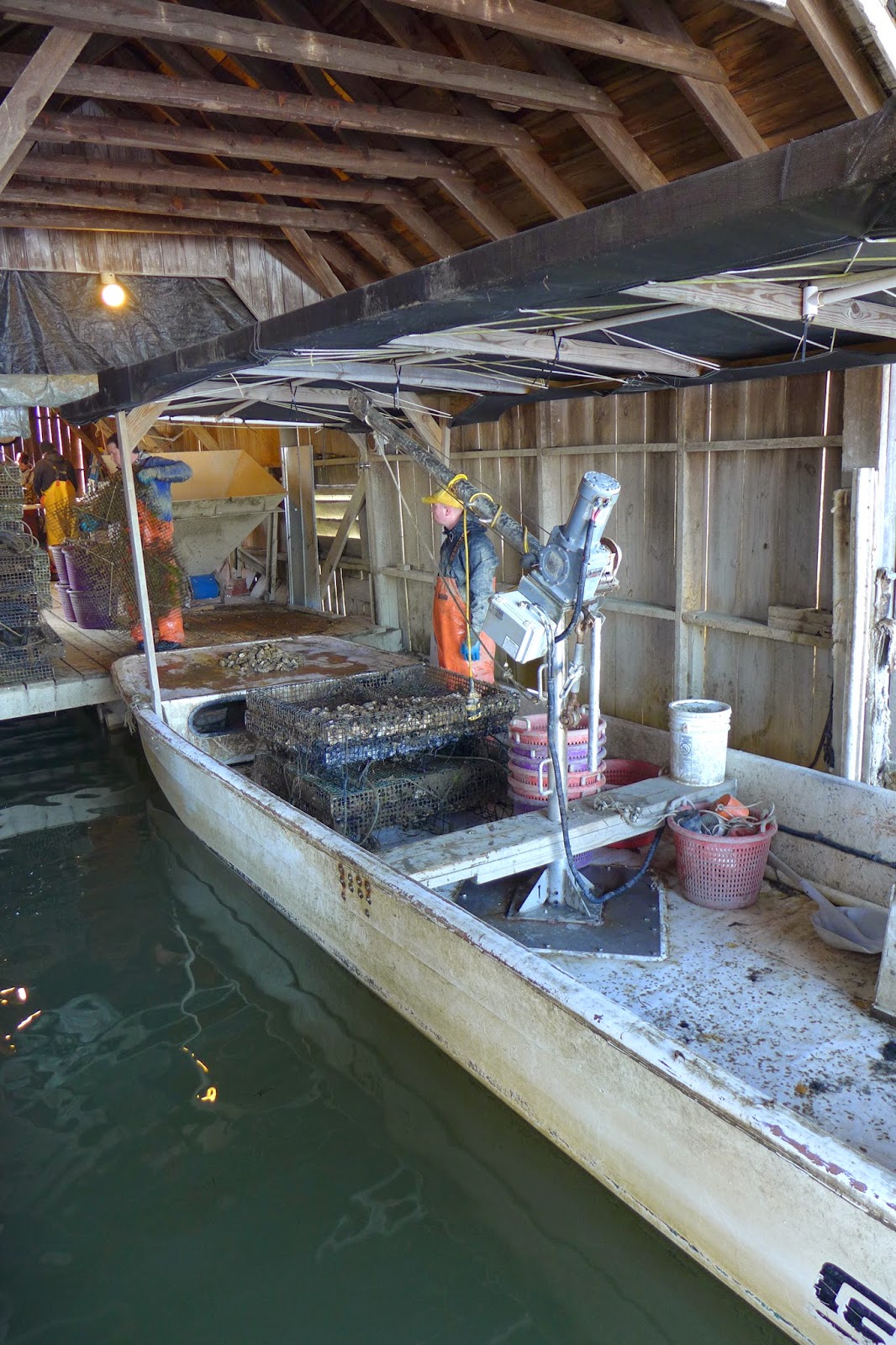 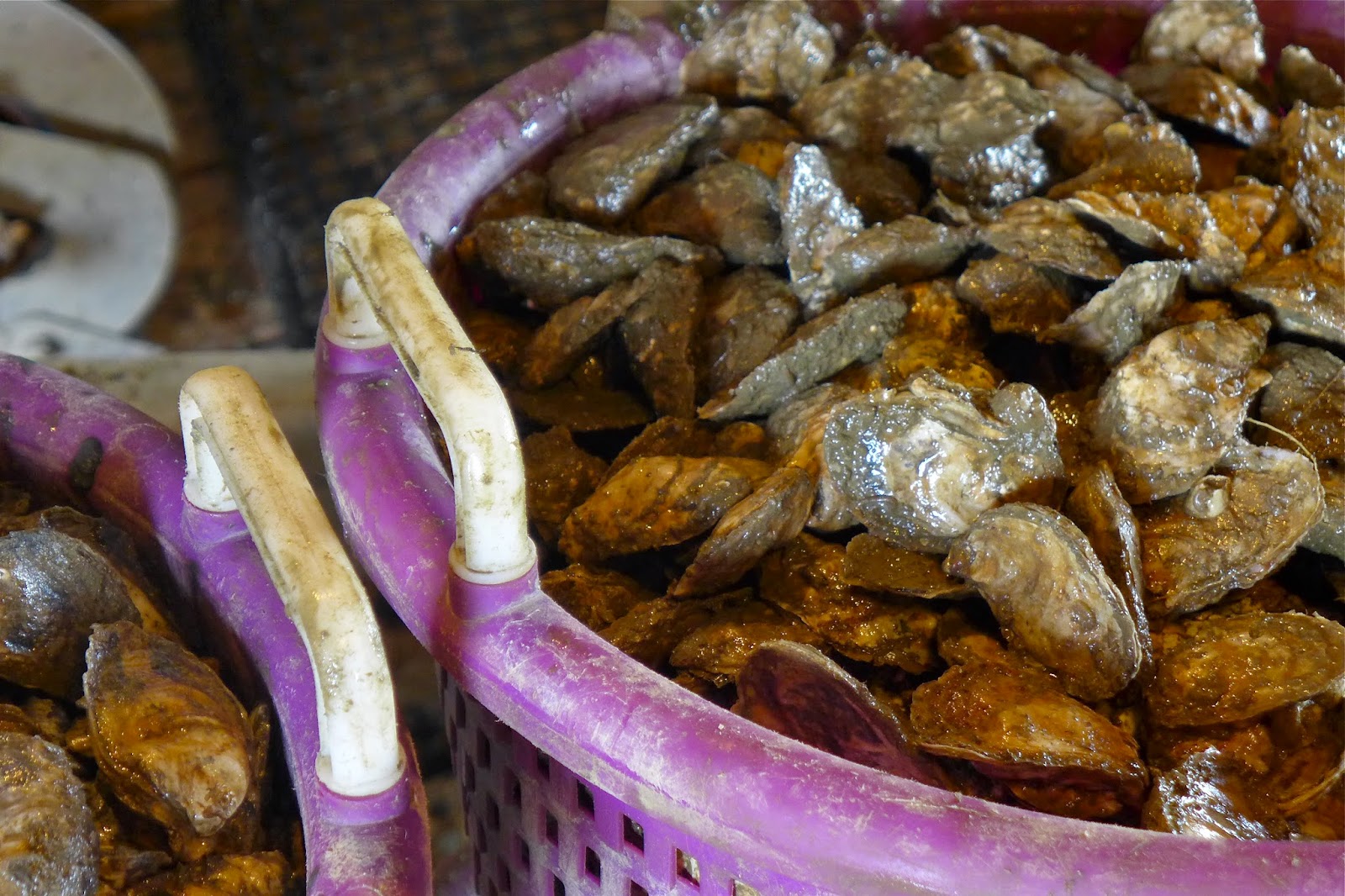 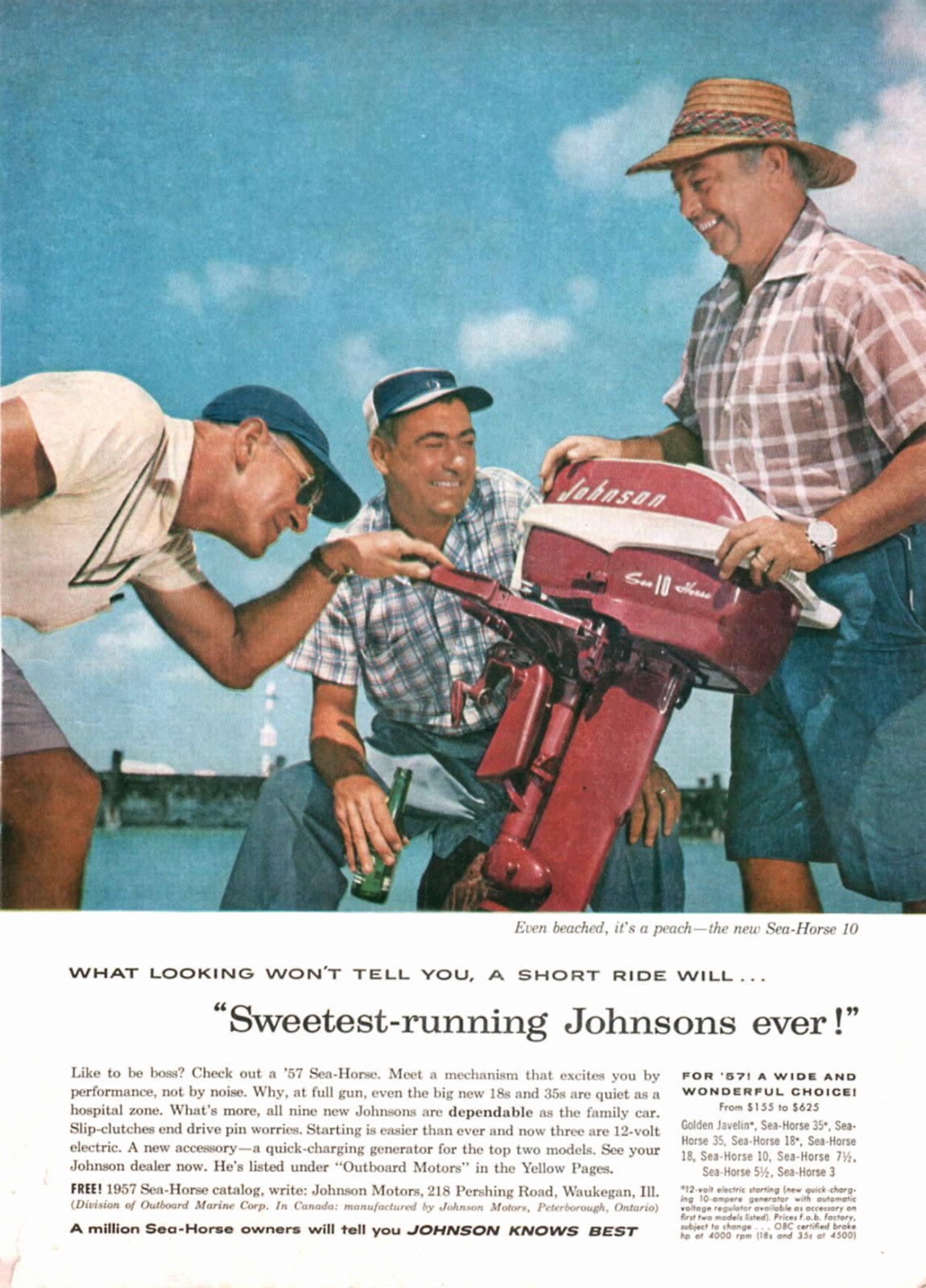 On the Pungo River

I trailered Annie to Behaven, North Carolina for a four day sail and camp this past week. It was a cold, blustery, rainy, calm, sunny, and warm trip. Three boats, five guys. A nice description can be found at Lingering Lunacy. I'll supplement Eddie's account with more pictures. I feel safe in saying that a good time was had by all. 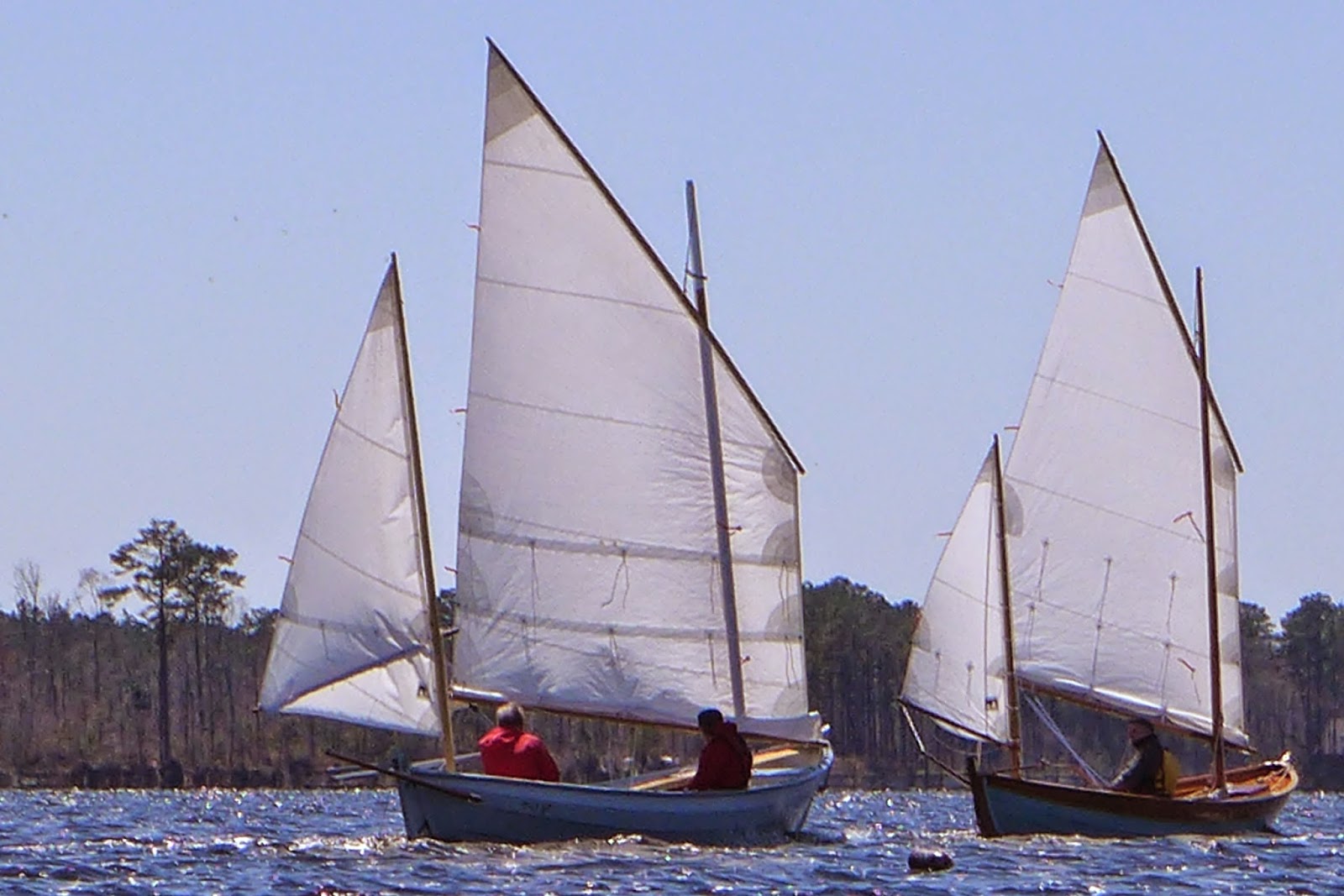 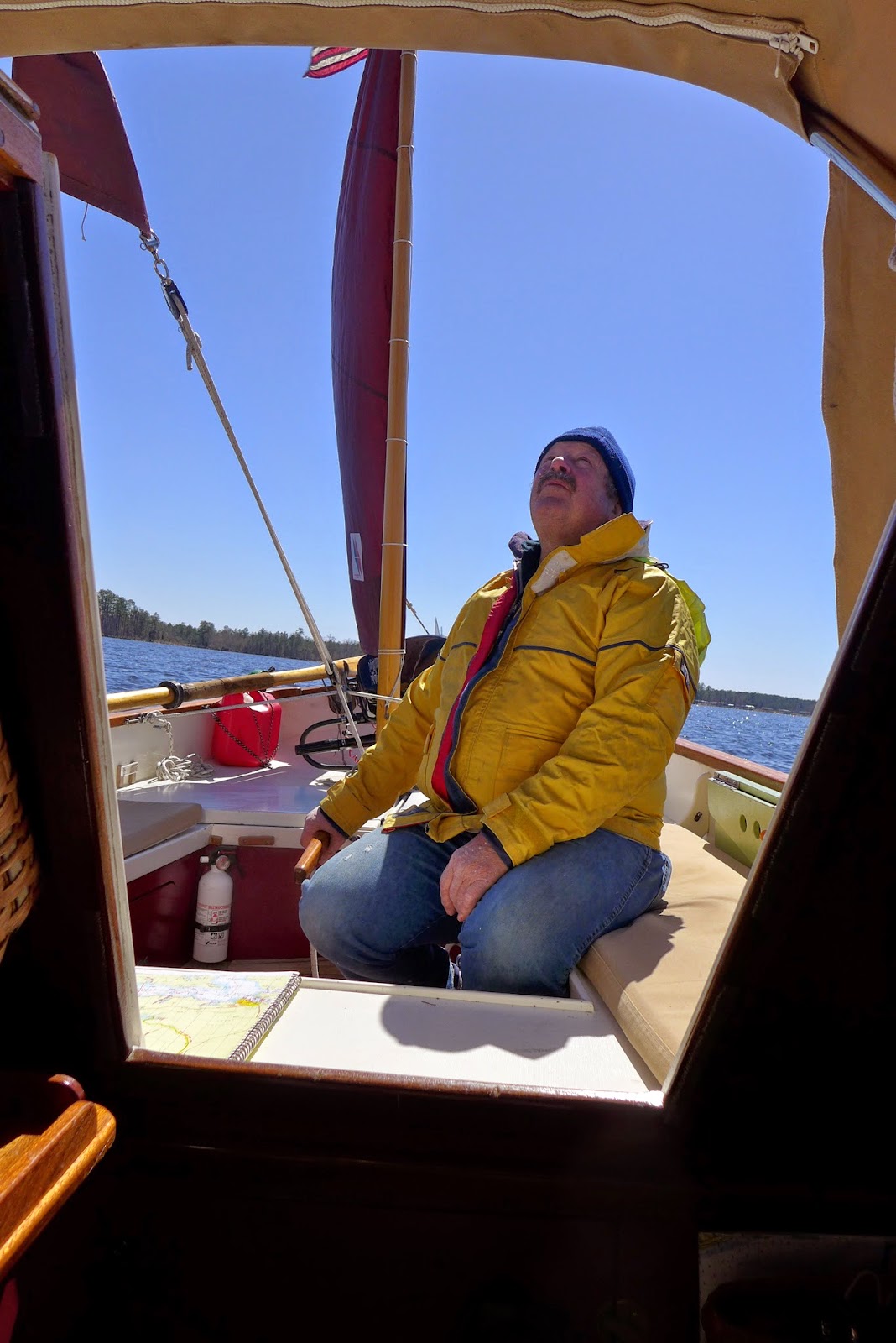 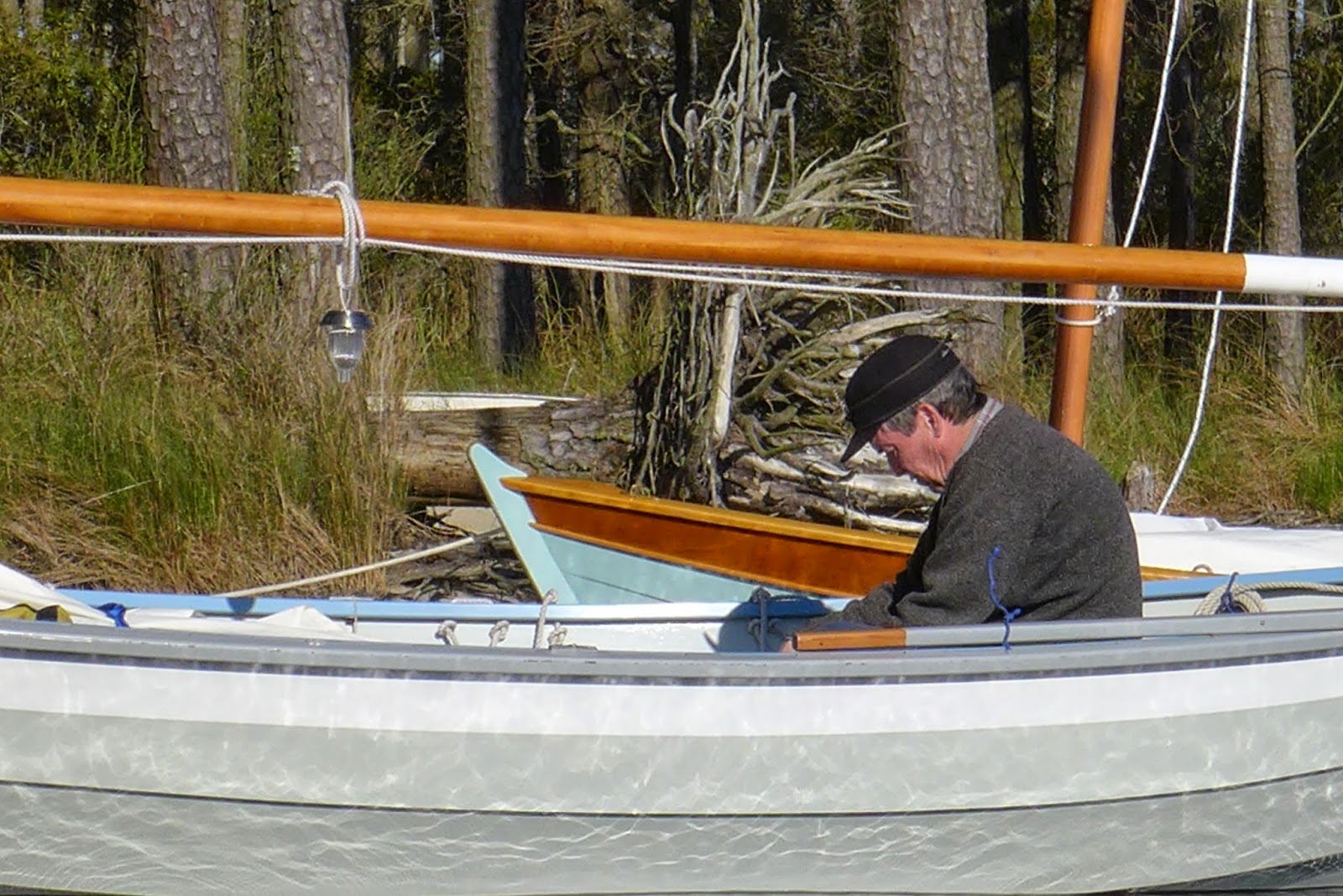 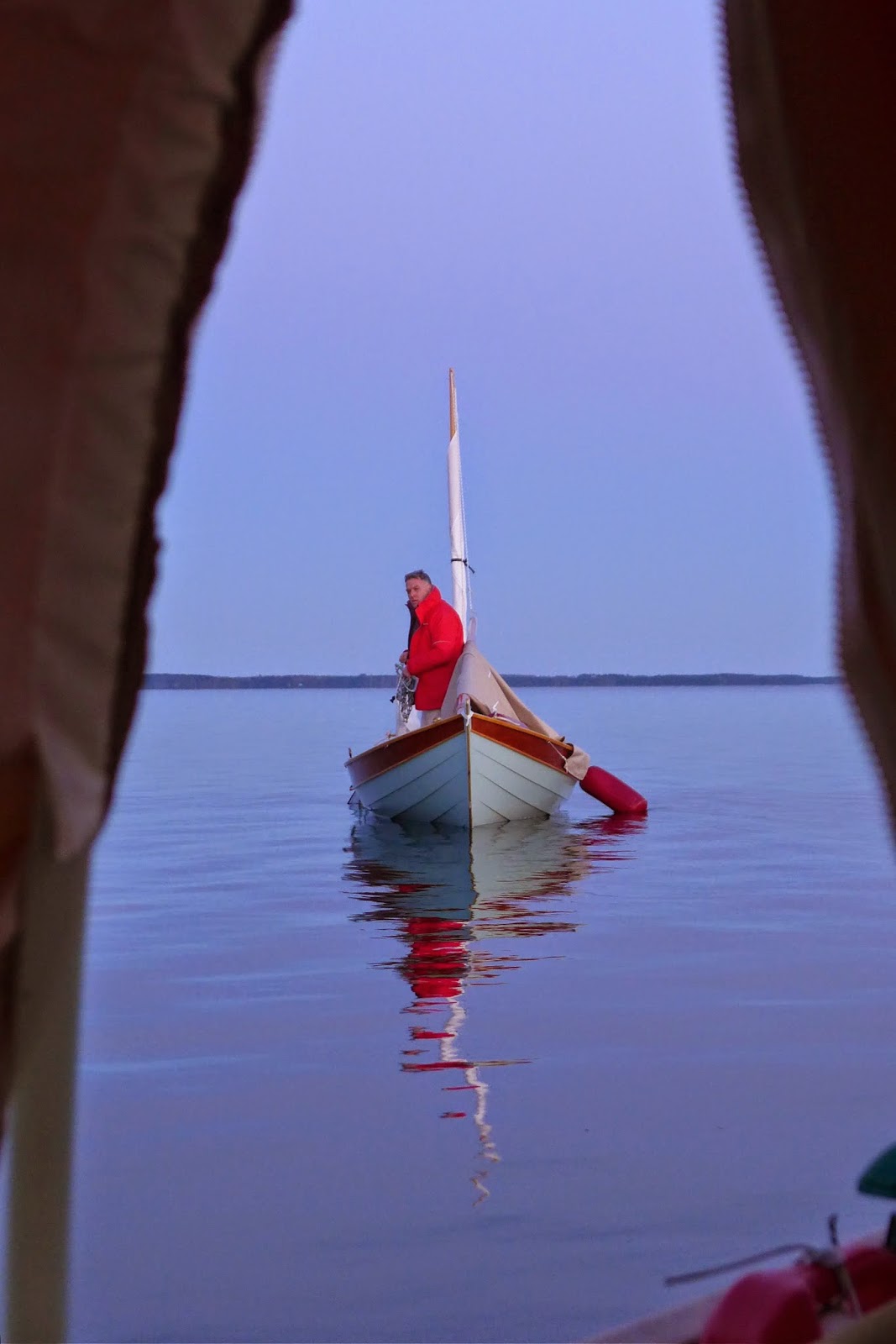 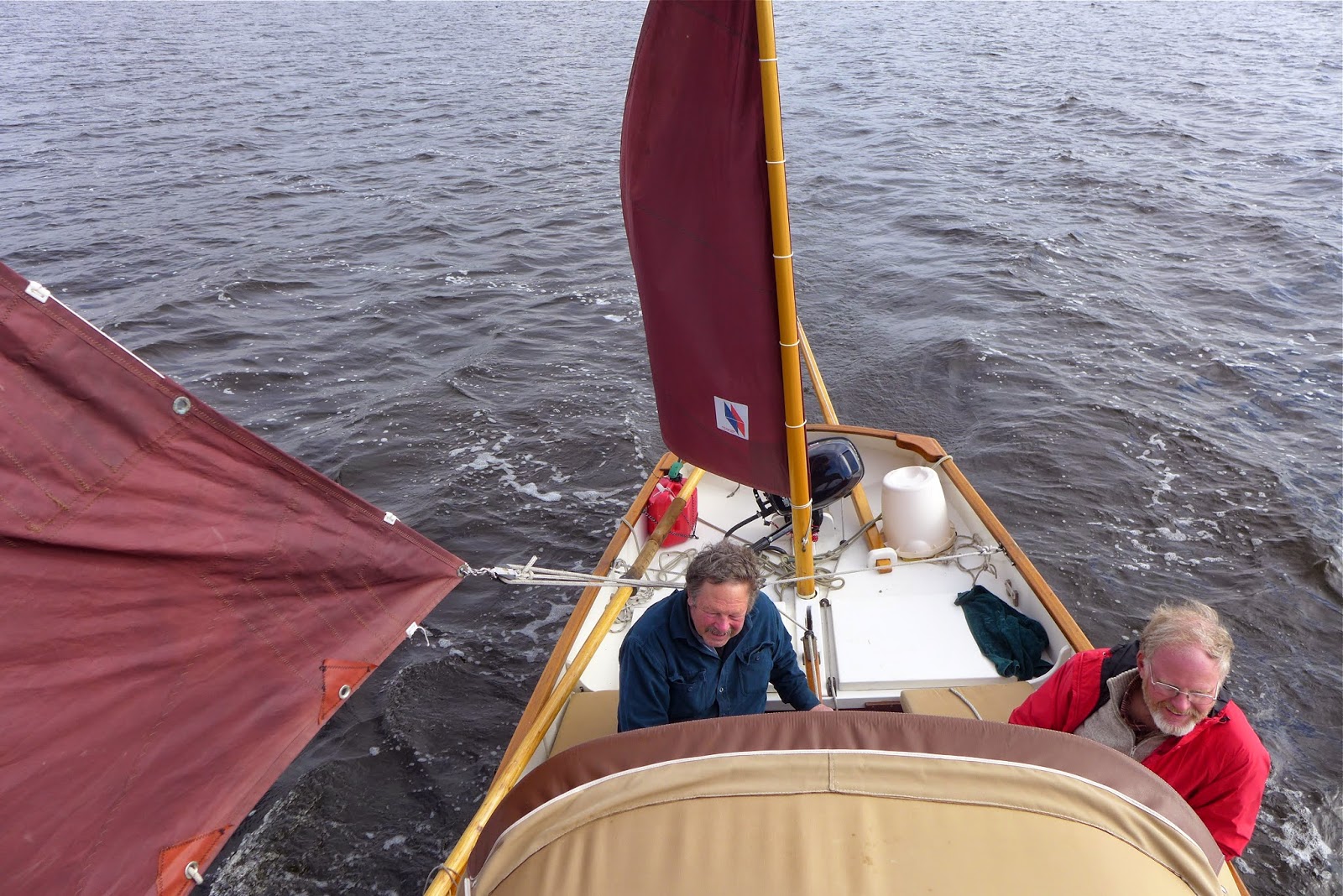 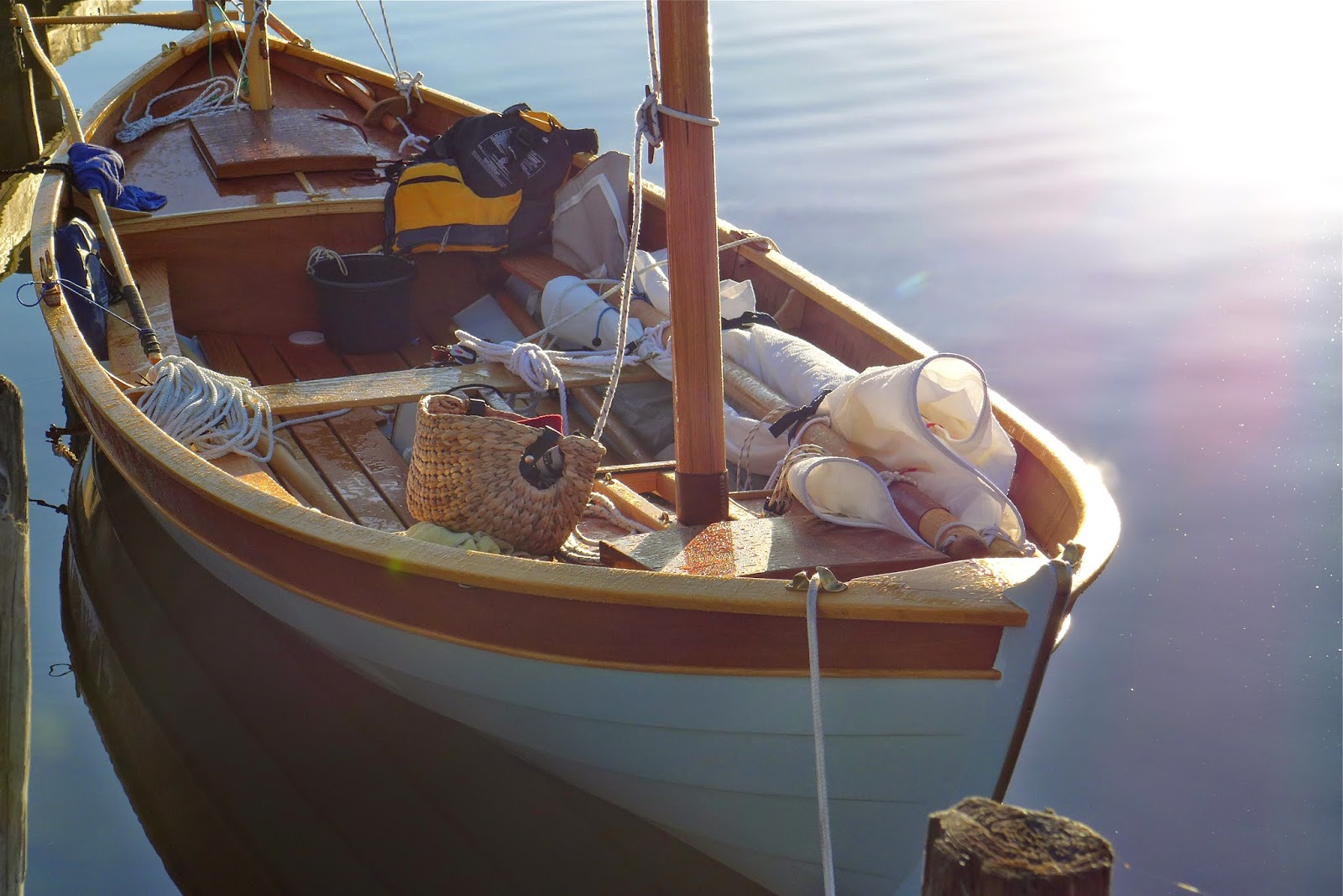 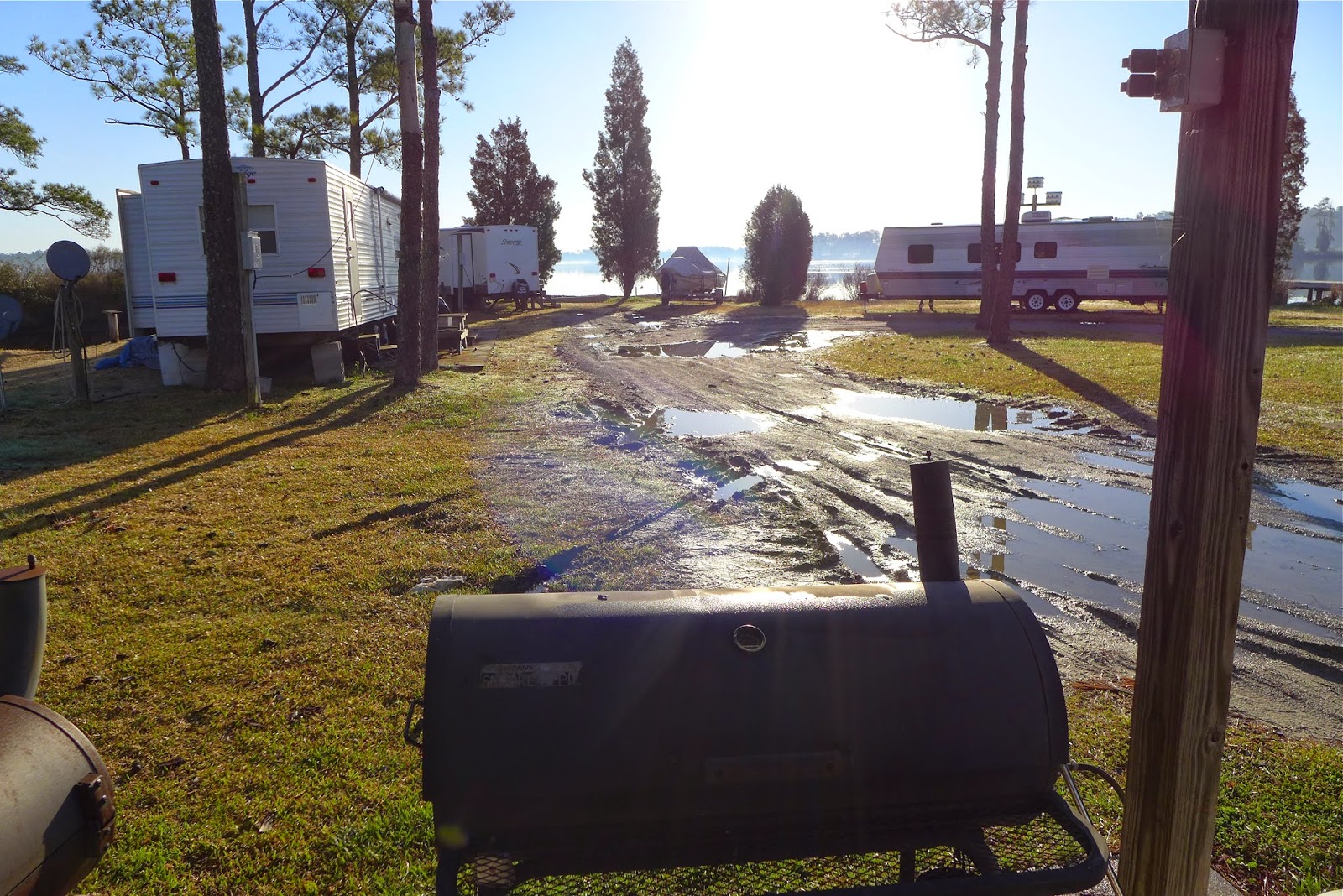 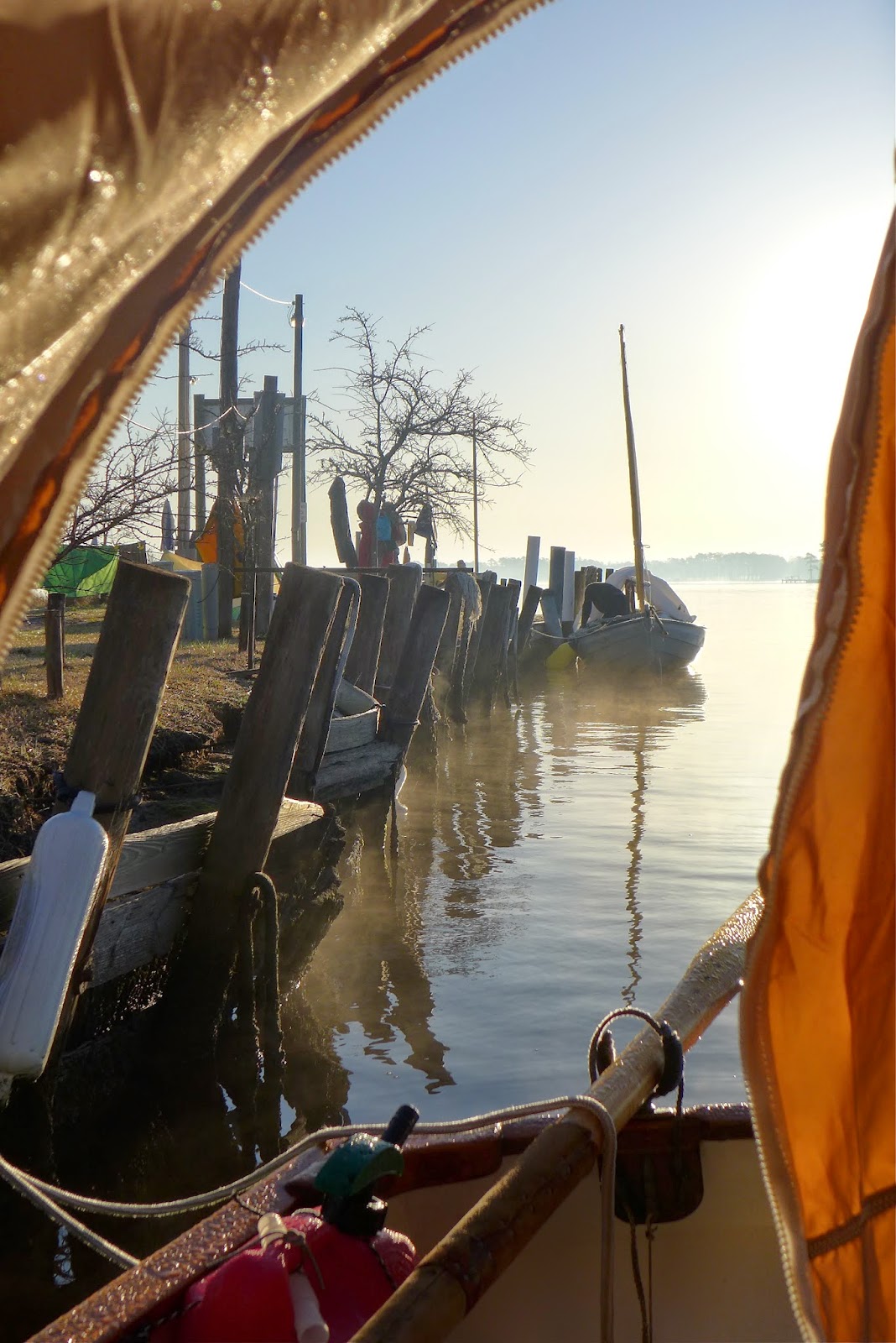 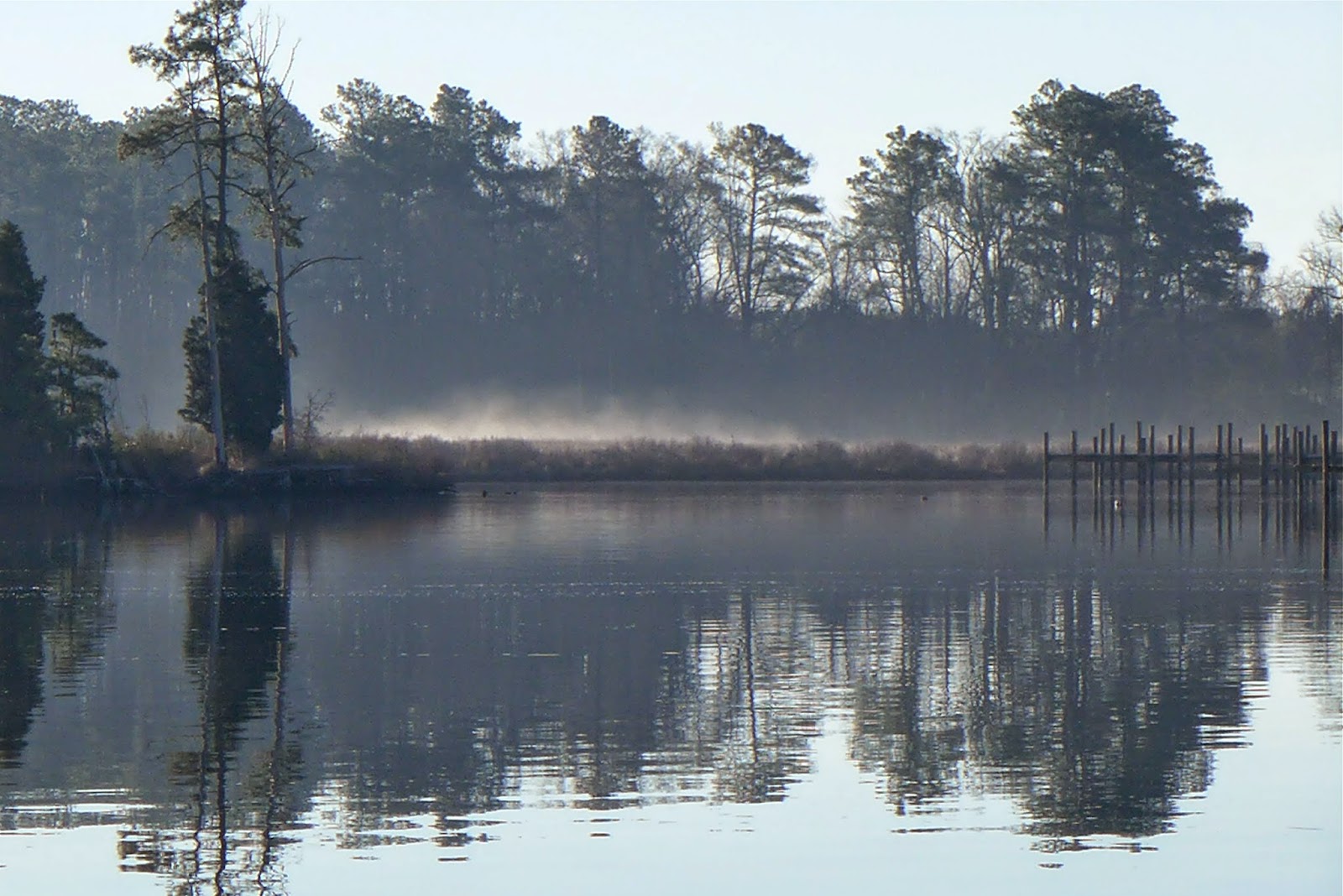 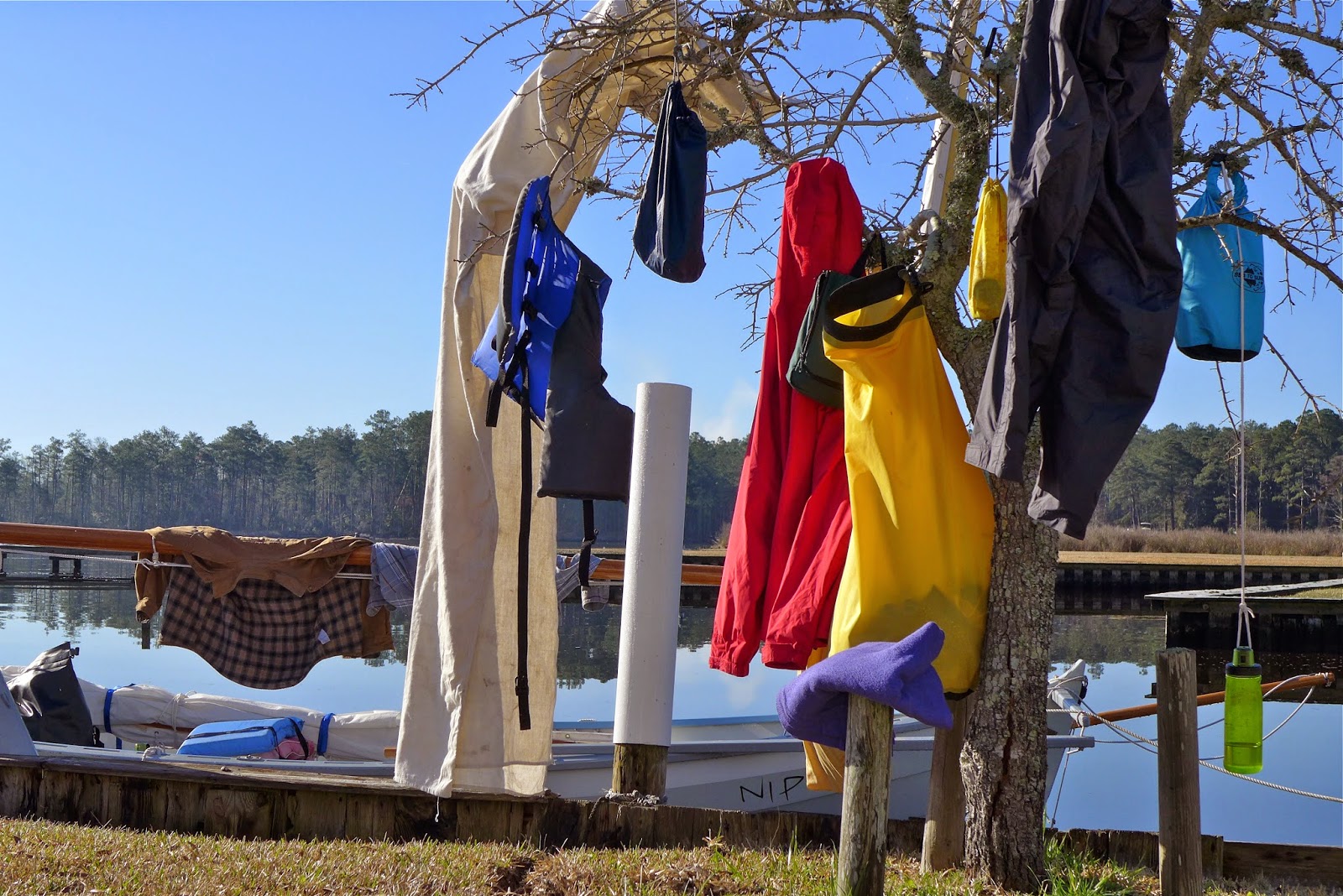 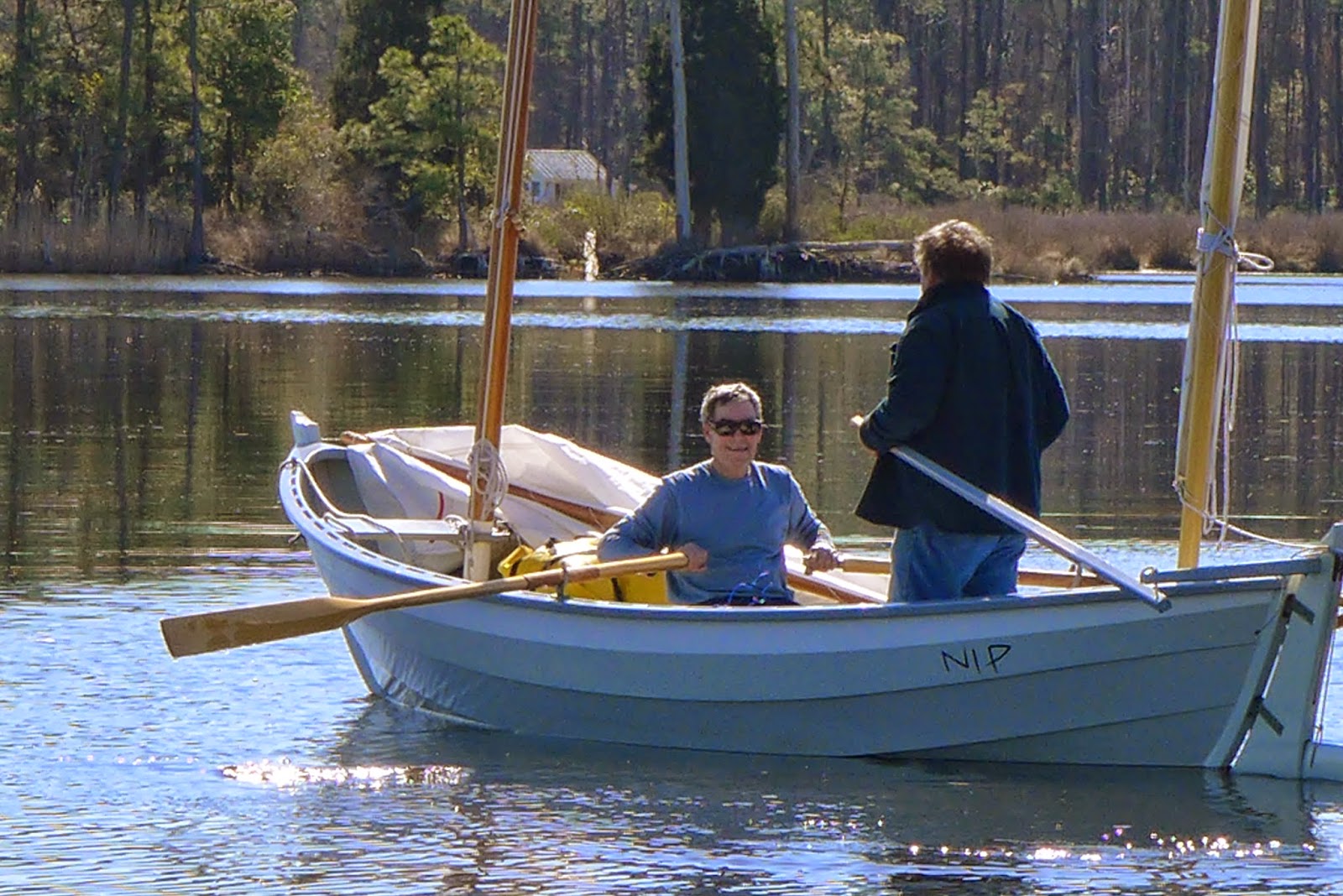 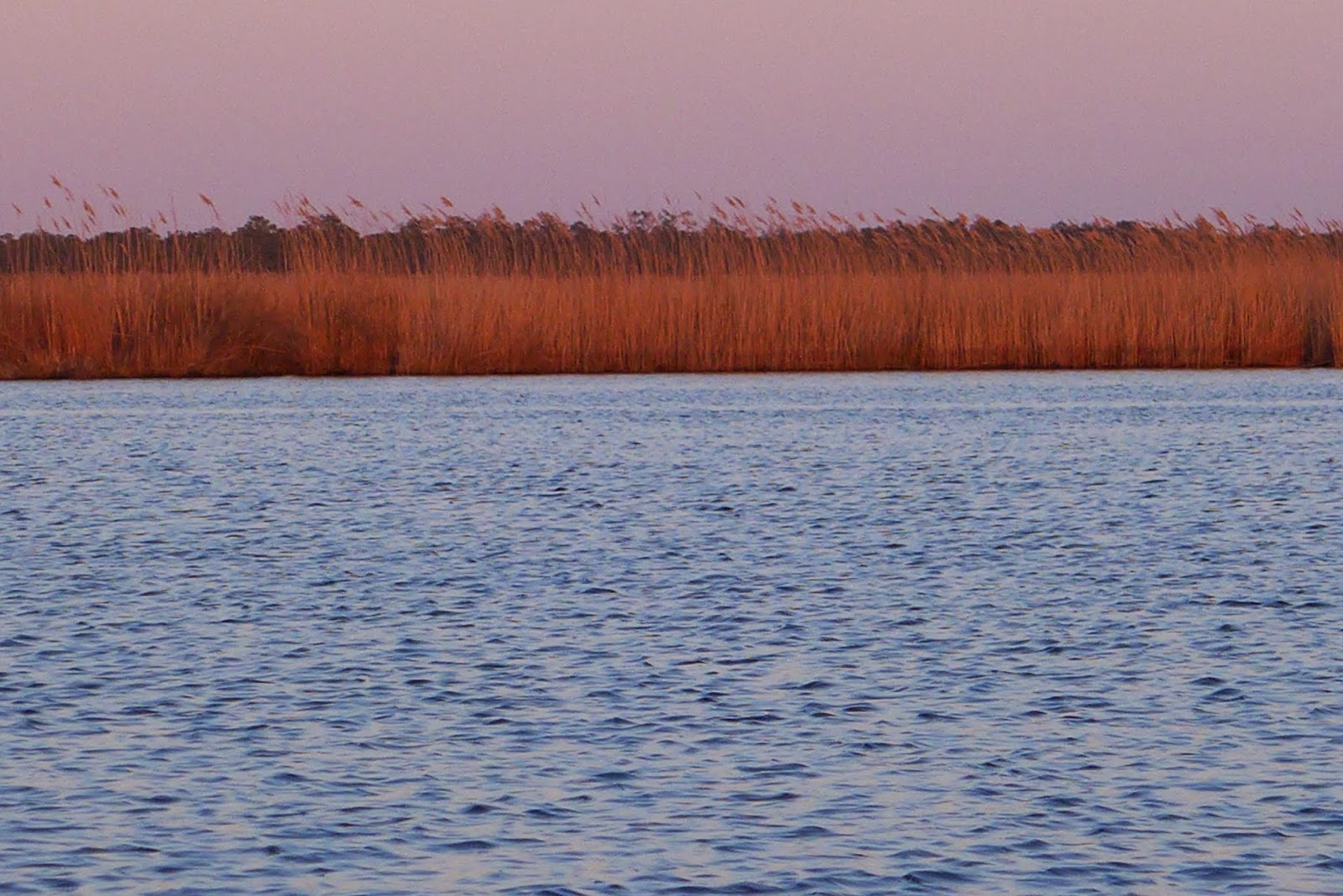 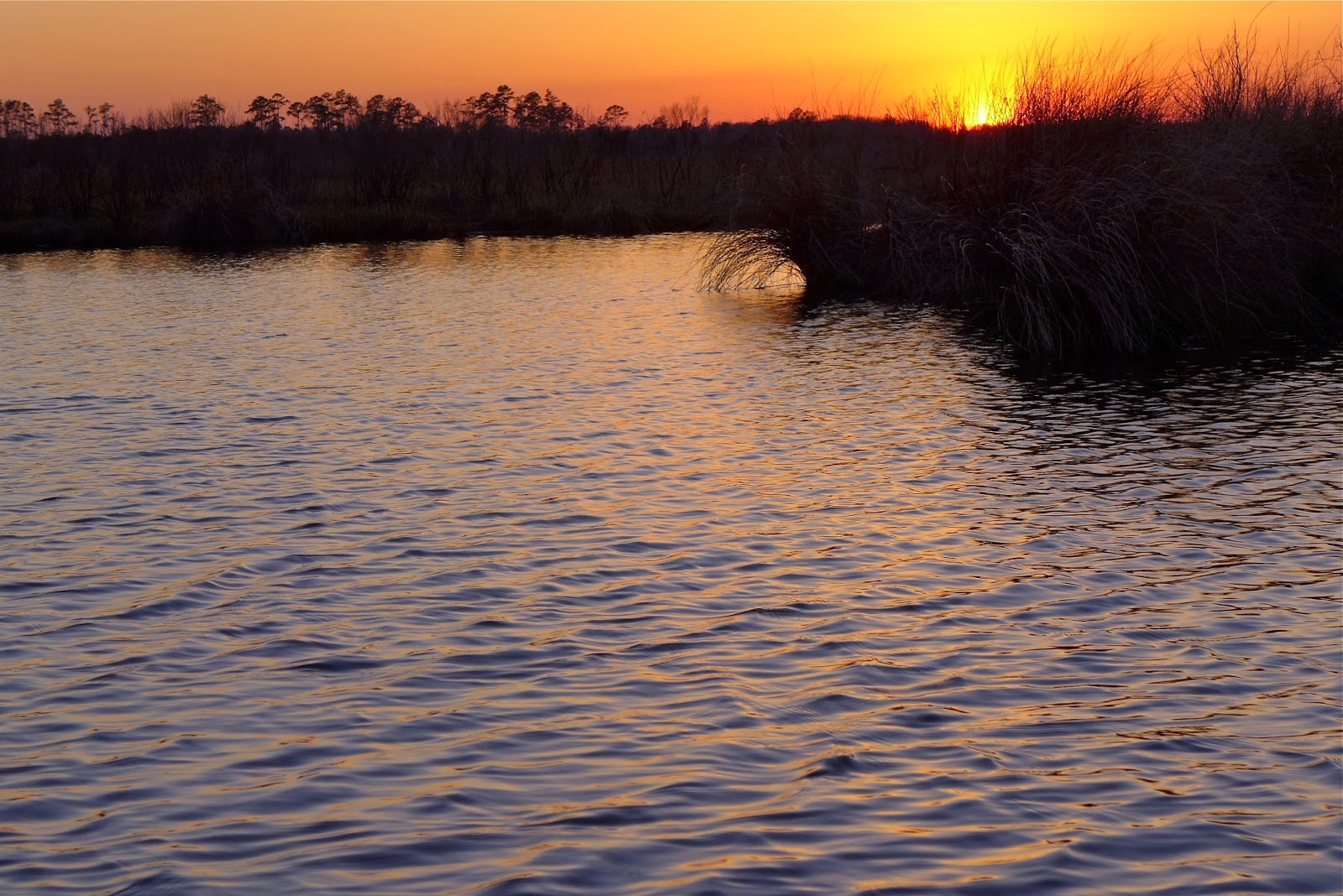 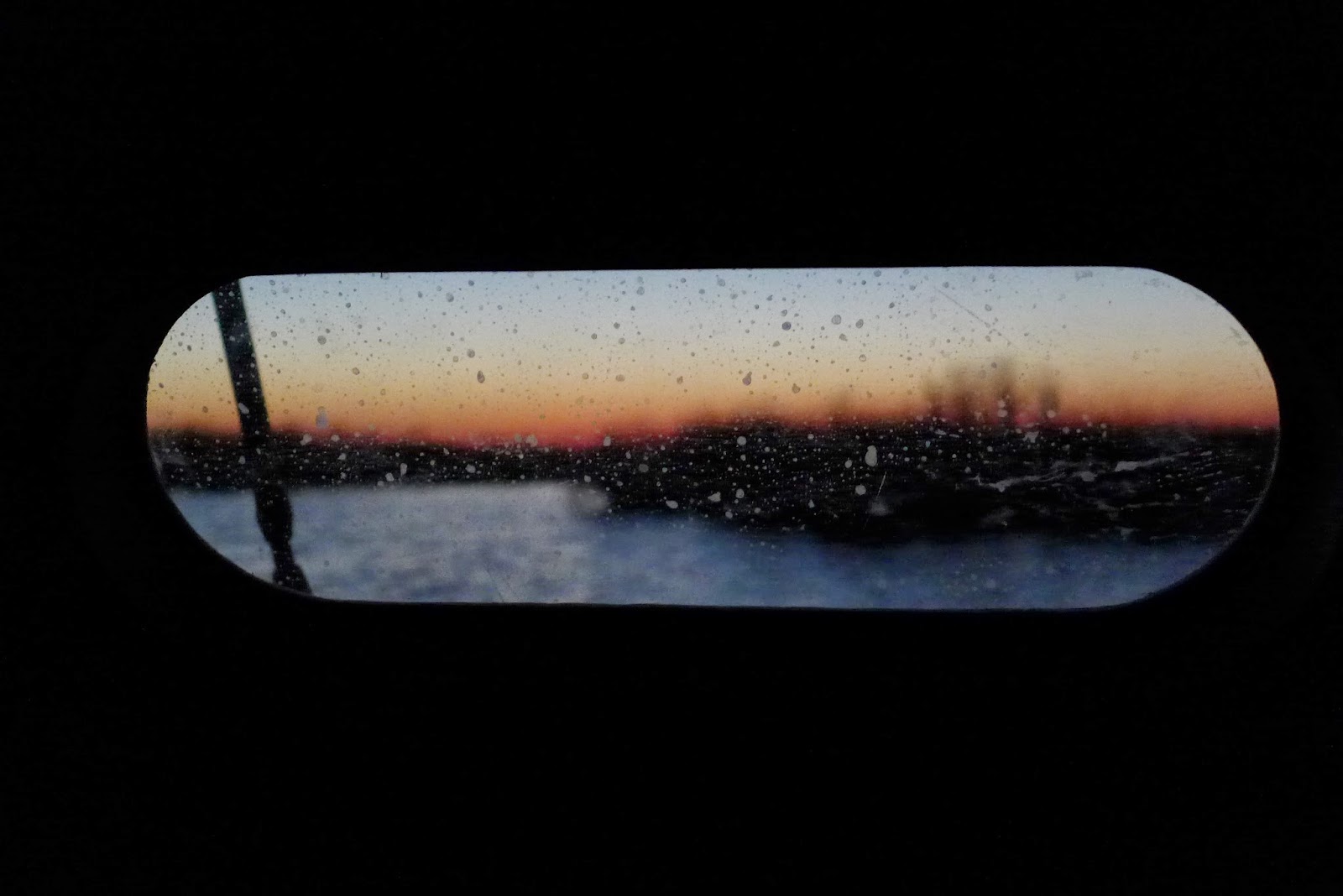 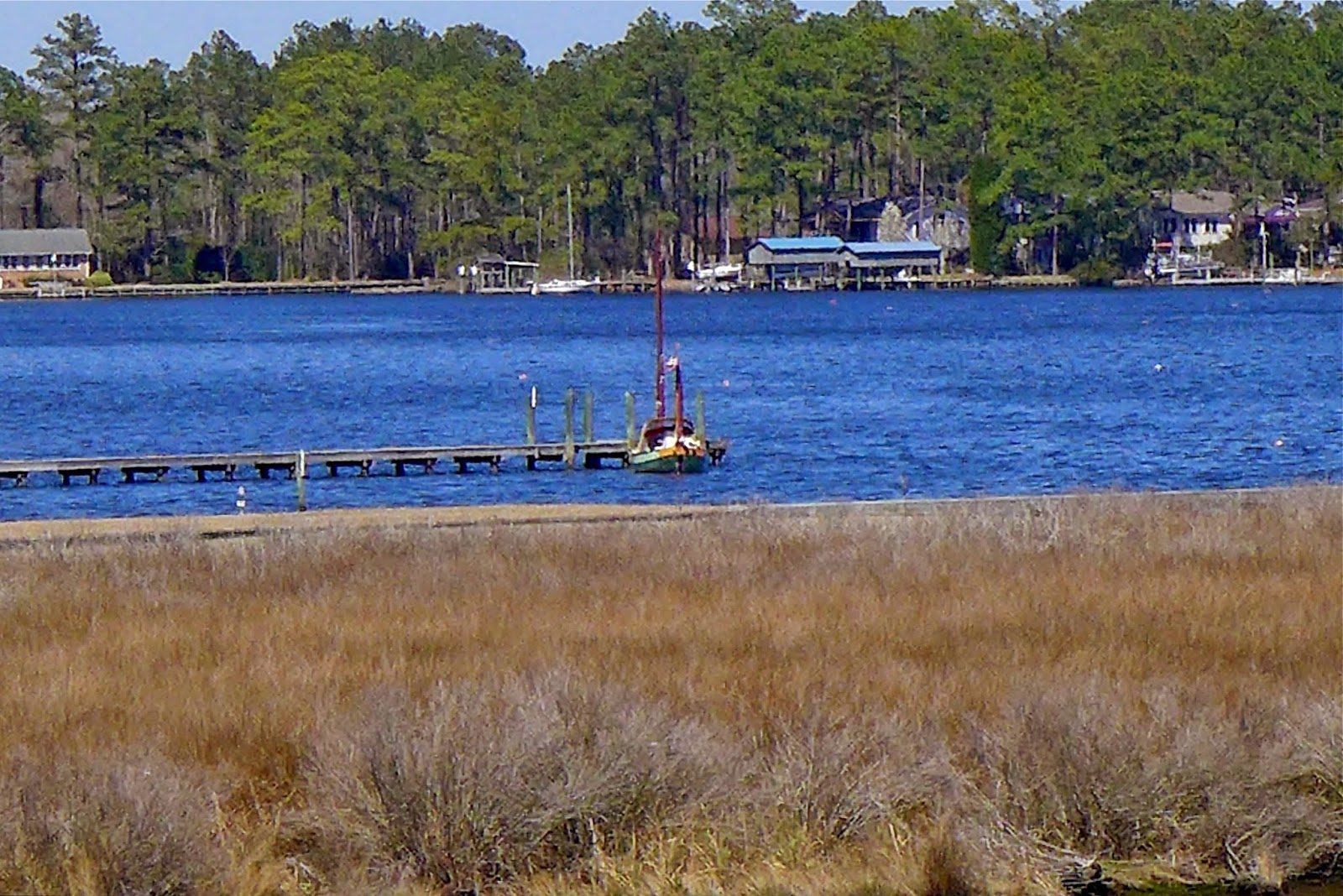