Yesterday I ventured out in the early morning before the sun got too full of itself. Headed to Gwynns Island and on to Deltaville with Annie in tow. Much has happened in the past four months since my last log entry, but sometimes you need to lay low. The drive out east broke the spell.

I've spent much of the past months traveling back and forth to coastal Georgia to work, rebuilding Annie's spars and rig, and finishing the studio rebuild (almost) "with a little help from my friends." All has gone well albeit slower than I expected but then... where do I have to go? 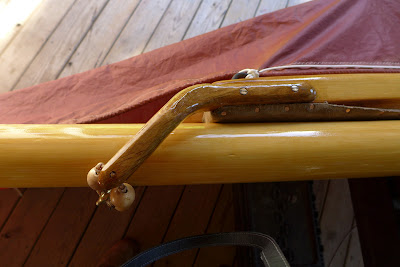 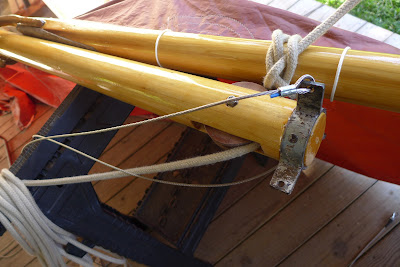 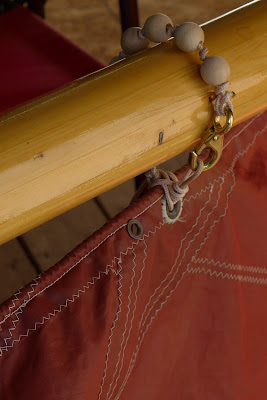 Regarding the studio... thanks again to Kev Mac, Eddie, Barry, Steve, Mike, Harris, Michael, Rob, Jordan, brother Chris and nephew Noah for all the nail bangin' (and shootin'), 26 degree chops, roof sliding, dippin' and spreadin', and making me laugh. Final steps are to put up sheet rock and white wash interior. I'm there. 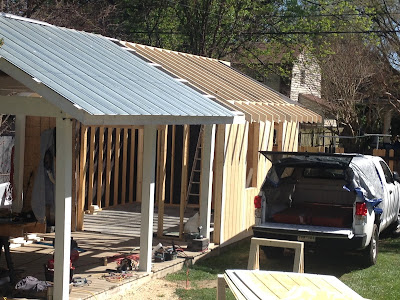 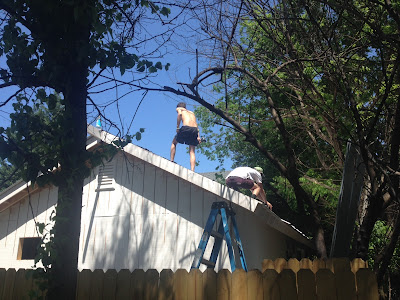 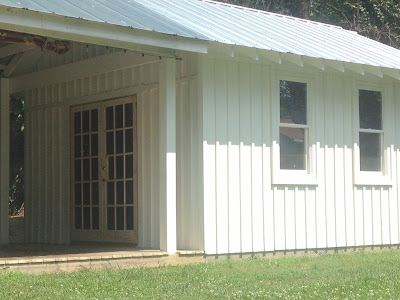 Reaching Deltaville I checked out a couple canvas shops and picked Island Canvas to remake Annie's fire-lost cockpit cushions. Jeane was really backed up it being summer so I agreed to make the patterns. Pulling Annie behind the shop under the shady pines I set to chalk, cut lines and swat mosquitoes. We'll see how that turns out. 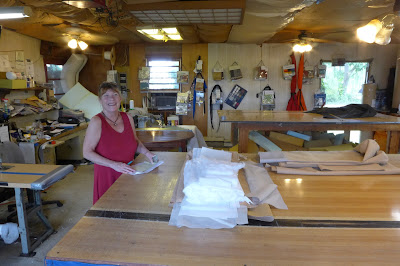 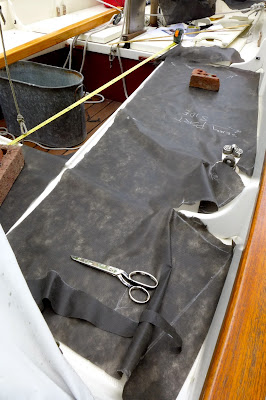 Went by the maritime museum and they were in the second day of their family boat building week. Flat-bottom skiff were the week's challenge and about 12 crews were hard at it. I remembered my first museum skiff-build some twenty-five years ago and how much fun it was. I know by the end of the week when the fresh-painted craft hit the creek, there will be a bunch of proud folks. 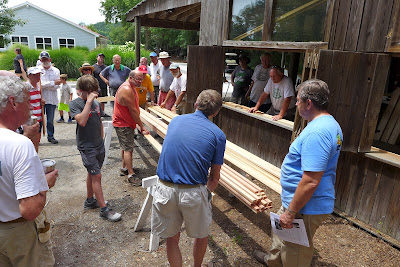 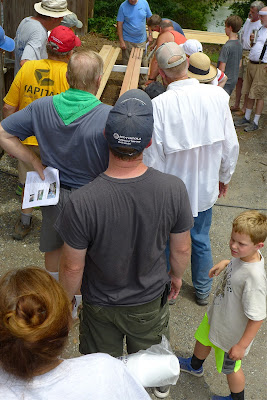 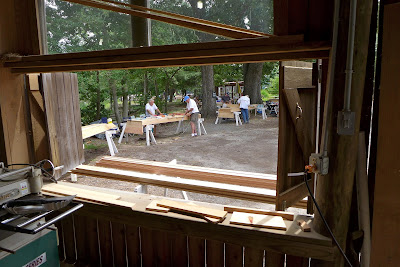 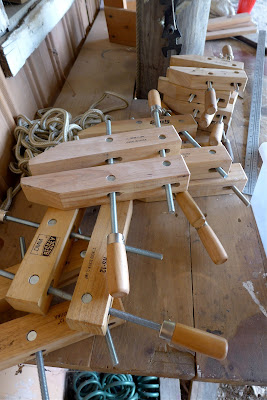 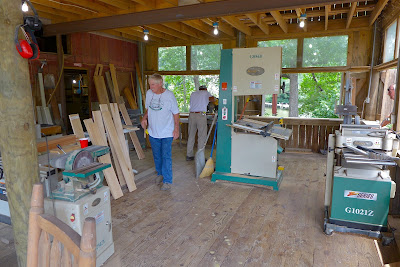 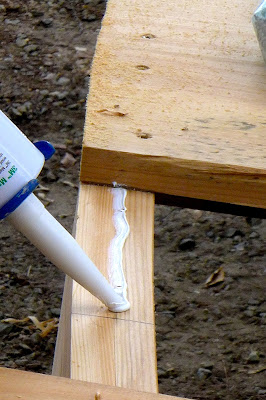 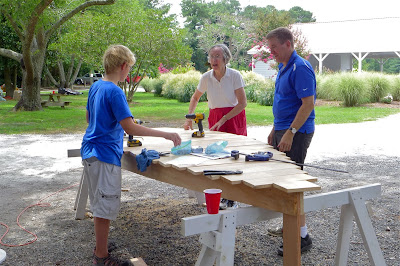 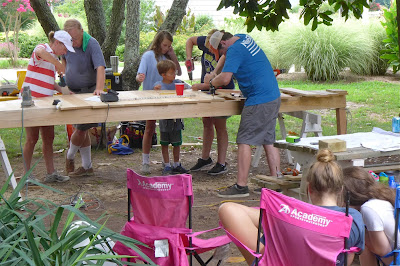 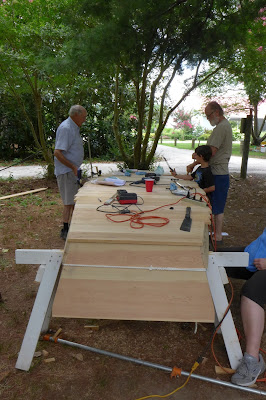 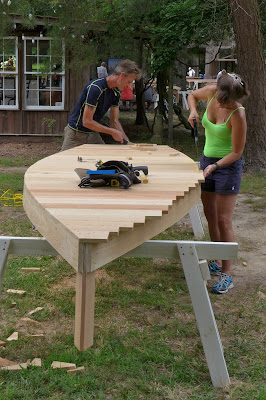 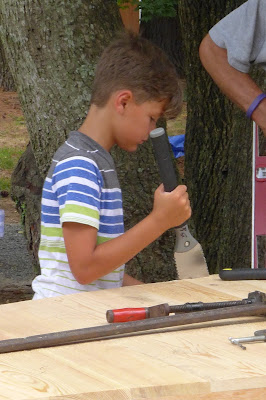 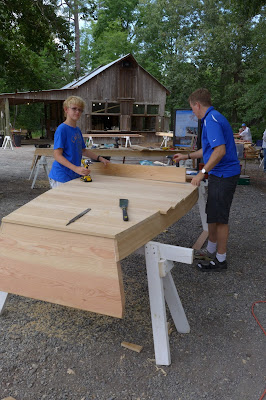 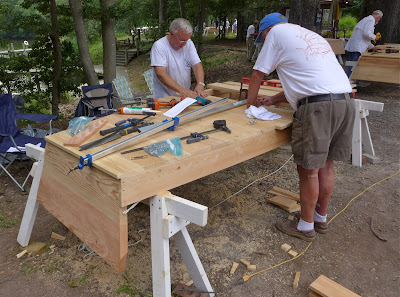 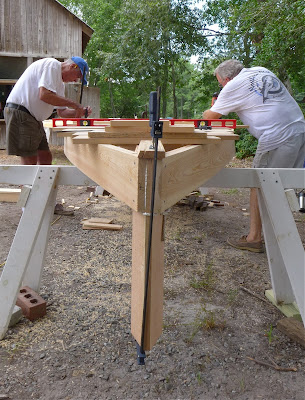