I arrived at Ben's house on Put-in Creek where it flows into the East River. It had been raining hard for two days but the forecast claimed a respite for the next few. It was 0700 when I arrived, all quiet. My plan was to grab Annie and be on my way without a bother. As I started backing in the truck sank. It was like quicksand. It was a problem.

Ben's tenant came out first from his apartment above the wood shop. We tried boards and bricks and pushing and nothing helped. And the truck was 10 feet from Annie.

Ben appeared and said he would fetch his tractor next door. Rain fell without any regard. The truck was bridled with chain and drug out. Then Annie... tongue chained high. Finally we got rehitched and washed off a bit and were saying goodbye as I drove out an hour later than expected. The rain kept falling.

There are no images of this task, I was just too consumed. Thanks to Ben and Troy for all the muddy work. Good friends.

Heading south was uneventful and 3+ hours later I turned onto the Hobucken road deep in eastern North Carolina. Turning in to Pate Boatyard I found the self-proclaimed 'HoBuccaneers' congregated in the old boathouse enjoying a brew and immediately ready to help me in any way. Shawn, the owner, gave me a coveted Goose Creek Island sticker and after chatting a bit, I went to ready Annie for launch. The ramp was only inches wider than my 8 foot rig and the pine limbs just dipped down shy of the raised mast. Then it dumped.

Ferocious winds, pelting rain and hail. The boathouse started flooding. I bummed a beer. In 15 minutes it was over. The hail had ripped at the pine above Annie. Her decks were covered with needles and bark. The cockpit had a layer Sno-Cone size ice. 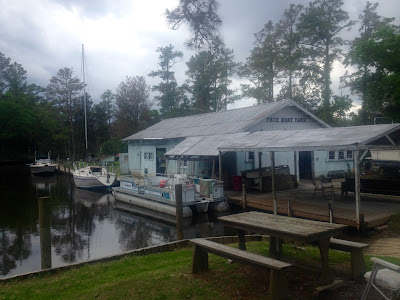 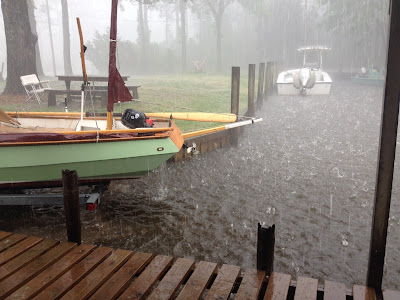 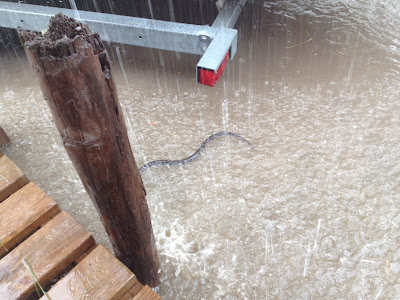 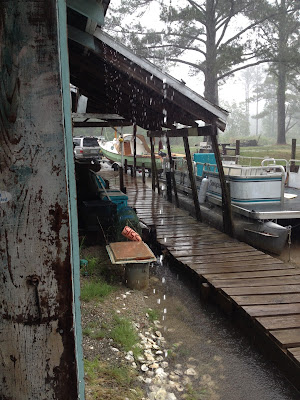 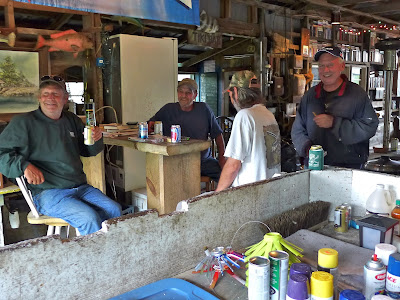 We launched and headed out the cut to Jones Bay. Heading SE I turned into Ditch Creek, anchored in the quiet evening and figured this would be an interesting trip, all things considered. 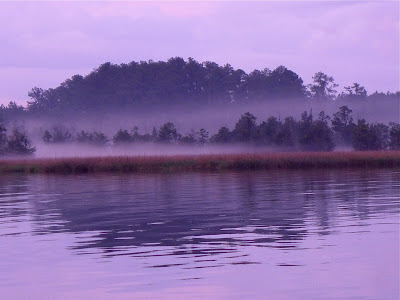